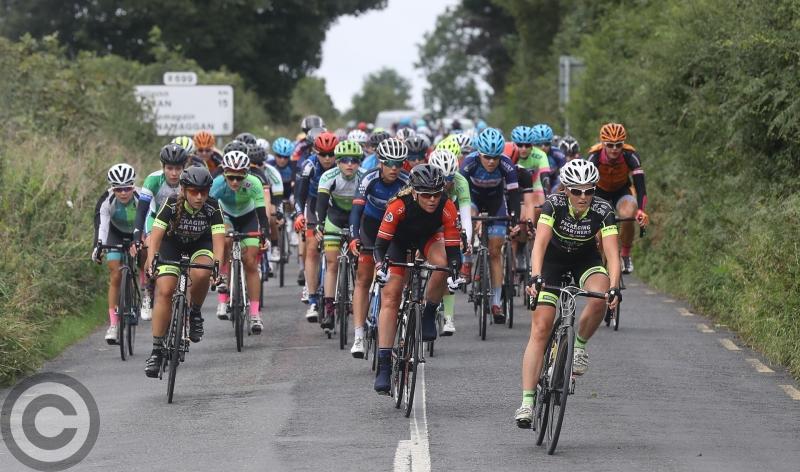 The peleton on the road to Kilkenny during the final stage of the Rás na mBan PICTURE: Lorraine O'Sullivan

Alice Barnes (Team GB) sprinted through the rain on the Parade in Kilkenny to take her second stage victory of the week as An Post Rás na mBan came to a conclusion in Kilkenn.

The Northamptonshire rider scored her second stage victory of the week as she led in a group of 45 to secure victory in the NDC Points Classification.

Her Team GB team-mate Elinor Barker was safely in the large group to take Britain's first overall success in the race since Emma Trott's win in 2009.

Barker coasted in at the back of an eight second split in the peloton but with almost two minutes advantage going into the final stage, the Welsh Olympic champion's final margin of victory was a comfortable 1m47s.

Third overall was Natalie Grinczer (Team WNT), a single second behind Nessmar at the conclusion of six stages and over 400km of racing.

The British national team controlled the pace on the run in to Kilkenny at the end of 85 km with the pink An Post leader's jersey of Barker prominent on the front as they chased down an early group of three riders.

Noumié Abgrall (Team Breizh) had forged ahead after Inistioge at the halfway point and she was joined by Dutch riders Angelique Wammes Bouman (WV Breda) and Femke Geeris (Maaslandster Veris CCN).

The trio opened up a maximum advantage of 1m22s before the Great Britain line-up, with the assistance of Lydia Boylan's WNT team among others.

With a number of riders coming back to the lead group inside the final 20km following the inevitable splits on Inistioge, the increased impetus of the larger group carried the peloton across to the three leaders with just over 10km to go. 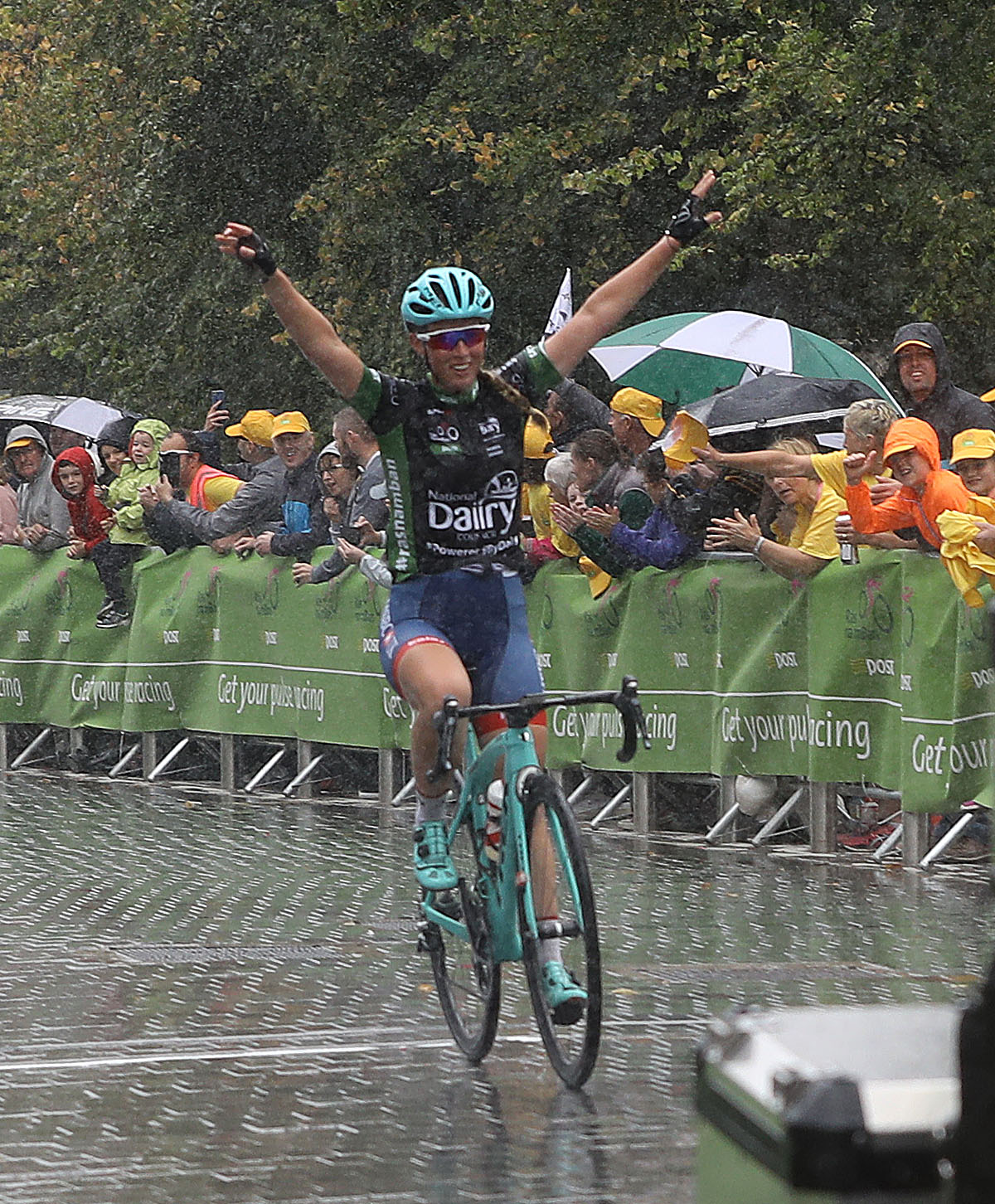 The scene was set for a bunch finish as the riders raced through the heart of Kilkenny and up the Medieval Mile. The heavens opened within minutes of the final sprint and through the gloom emerged Barnes at the head of the pack to back up her stage two success in Castlecomer.

Behind her, and at the tail of the field, Barker acknowledged the large crowd in front of Kilkenny Castle as she made it mission accomplished on a potentially treacherous final stage.

Earlier Barker had led the field over the final IVCA Wicklow 200 Queen of the Hills climb to confirm her victory in the climber's classification.

"We were looking to look after the jerseys we already had so a stage win was a pretty big bonus from that," said Barker afterwards.

"I lost a jersey to Alice which I'm a little bit gutted about," she joked, "but to keep it in the team is pretty good.

"The race has been really, really well organised and it's just made it quite a nice, easy race to be at, I suppose. The weather's been pretty good.

"Today was a little bit grim in the last 20-30km and right at the start but I can't complain really. We expected it to be like that all week so we've got quite lucky.

"It was always the plan to try and work in the last 10k and it just so happened that there was something that we really did need to chase down.

"It was more about making sure that nothing else went off and that there was nobody that had fresh legs who could get off the front and get a gap in the last 10k."

Mel Lowther made it three jersey classification wins for Team GB as she scooped the Women's Cycling Ireland Young Rider Classification and Team GB were the top team, along with the tireless help of Becky Raybould.

Eve McCrystal (Garda CC) was safely in the main bunch and rubber-stamped her week-long lead in the Kilkenny County Council Best Irish rider classification with 11th on the stage and a career-best fifth overall.

The day concluded with a presentation to Aileen Mooney of An Post to mark the conclusion of the national postal carrier's seven-year association with race.