Under-21 hurling: Eddie Brennan steps down as Kilkenny manager 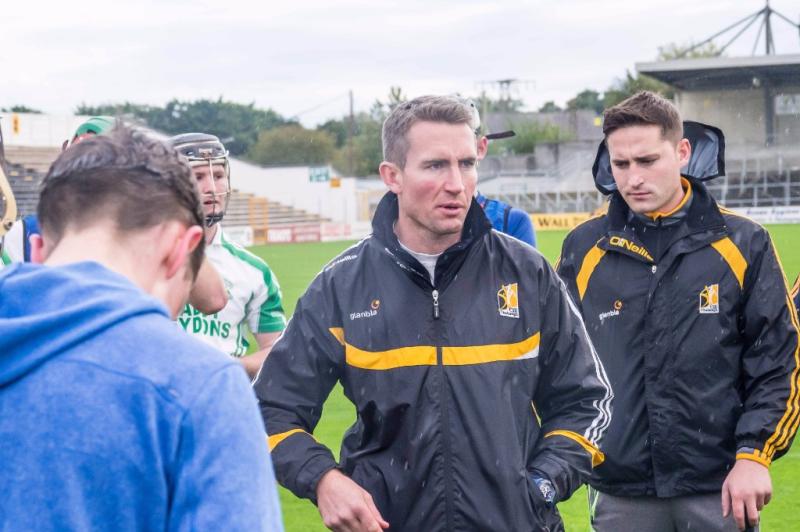 Eddie Brennan (with selector Richie Doyle in the background) has stepped down as Kilkenny under-21 hurling manager PICTURE: PAT MOORE

Kilkenny will be on the hunt for a new under-21 hurling manager after Eddie Brennan stepped down from the role.

The Graigue-Ballycallan man, who led the Cats to their first All-Ireland final in five years, informed the County Board of his decision in the last few hours.

In a statement from the County Board, Kilkenny GAA said:

"Kilkenny GAA has thanked Eddie Brennan and his management team of Richie Doyle, Richie O'Neill and Bob Aylward for their work with the squad over the past two years and wishes them well for the future.

"The Board acknowledges the achievement of leading Kilkenny to their first Leinster title in this grade since 2012 and reaching the All Ireland Final for the first time also since 2012."

Brennan, an eight-time senior All-Ireland medal winner, was appointed to the position ahead of the 2016 campaign. He led the side into the Walsh Cup that year, the team playing instead of the county's senior side, before they suffered a shock defeat to Westmeath in the Leinster under-21 championship.

The 2017 season went much better as Kilkenny beat Dublin, Westmeath and Wexford on their way to winning a 25th provincial title at this level. However, they couldn't add the All-Ireland crown to their collection, missing out on a 12th title when they went down to Limerick by 0-17 to 0-11 in Semple Stadium in September.