Kilkenny SHC: Prediction - Carrickshock can cause a 'Shock against James Stephens 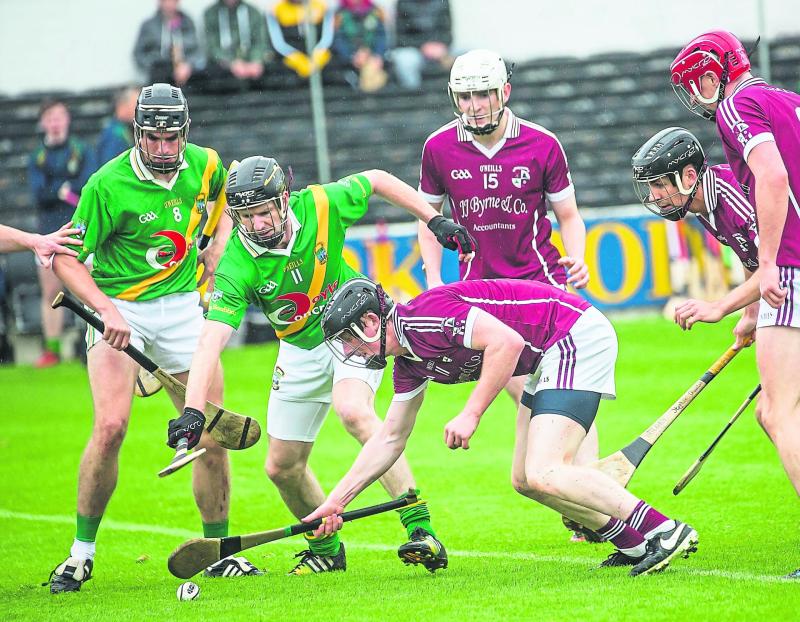 Carrickshock have grown in confidence all the way since their return to the senior division this year.

They made use, very good use in terms of reorganising their squad, of their one season in the intermediate grade in 2016.

They are happy, very happy, to be where they are at the moment, yet they are far from being totally satisfied.

Carrickshock feel, with a little luck, there is more to be harvested from the season. Remember, they are the current All-Ireland club intermediate champions,and they are the Shield champions in Kilkenny as well. Not bad going.

James Stephens somehow tumbled into the relegation zone when things didn’t work out for them during the league. Why that happened is a big question, and the answer is not easily found.

Anyway, they got back on track. Beating St Martin’s in the first round was a huge result.

The confidence and release of pressure that result brought has to be massive for the players.

The Village can now play away, pressure free, and see where life takes them. Minds were very focussed and there was terrific determination about the effort - not only from the players, but mentors and supporters too - the last day, and if they take things up from there they will be a different animal in this quarter-final.

Experienced hands Eoin Larkin and Jack Tyrrell have been powerful leaders within the group. The emergence from the background of former soccer high flyer, Mikey Drennan, highlights how deep the search for balance within the team went.

The Village also have lovely hurlers in Matthew Ruth, Luke Scanlon, Conor Browne and so on. Easily, they could take the next step.

Carrickshock have momentum with them. The addition of Wexford star, Eanna Martin, has boosted their cause hugely, while team captain Michael Rice is hurling as well as ever, as are old hands John Tennyson and John Dalton.

The miracle that is Richie Power hurling with that wonky knee of his highlights the absolute will within the group. Talk about giving for the love of the game and parish!

His brother, John, who dropped off the Kilkenny panel during the season, was very good against Clara in the Shield final.

The Village had better be warned. He can hurt them from frees, even from distances as challenging as 100 metres.

It wouldn’t be a shock to see the ’Shock advance.