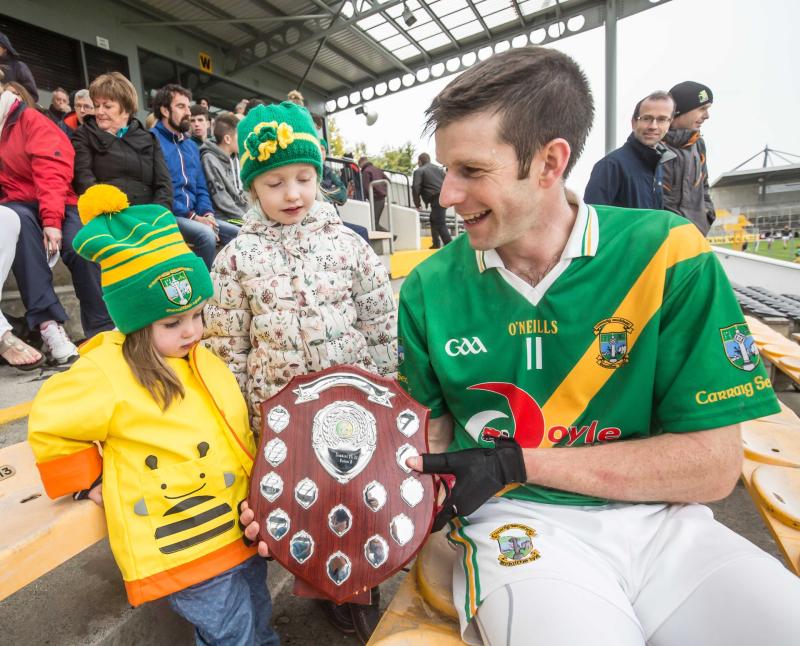 Michael Rice was the star man for Carrickshock

A point from a free by David Walton heading towards the 62nd minute earned James Stephens a battling draw with Carrickshock in the quarter-final of the Kilkenny senior hurling championship in Thomastown today.

The teams provided top fare for the big crowd from the throw-in. There was very little between them throughout the first half. After the score had been level six times, they hit the break level for the seventh time, on this occasion at 1-11 each.

Walton had again produced the equaliser with a late free following a foul on Conor Browne.

Carrickshock opened the second half with a bang. They were awarded a penalty after 40 seconds when star forward, John Power was fouled, and his brother and goalie, Jamie Power rifled the free shot into the net.

With the addition of quick points from John Power, Kevin Farrell and the classy Michael Rice they opened out the biggest lead of the match (2-14 to 1-11) by the 39th minute.

The Village picked off points by Walton, Niall Brassil and Walton again to regain their compose, and for the rest of the game they chased the opposition furiously. A 54th minute goal from former soccer star, Mikey Drennan really boosted the comeback when it cut the deficit to 2-15 to 2-17.

It was never easy after that, but Walton saved the day in the end to produce the third draw in the quarter-final matches. Clara and Ballyhale Shamrocks drew on Saturday, while Dicksboro and Mullinavat also drew today.