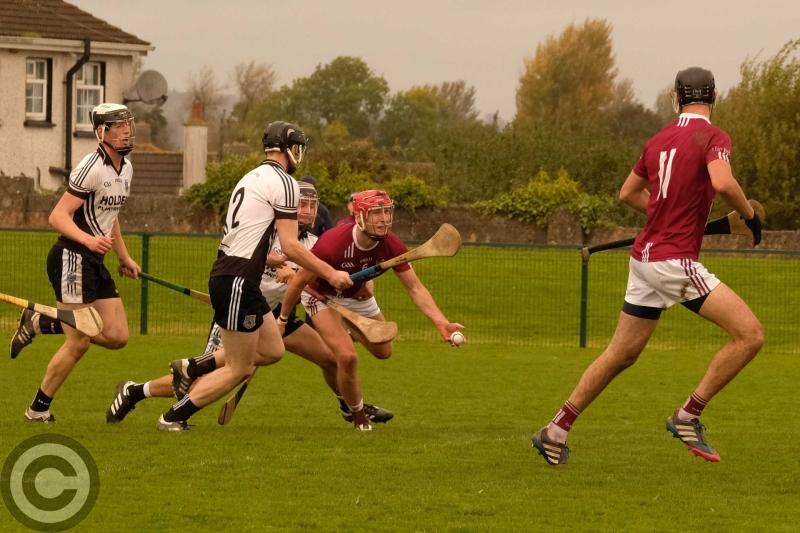 They left it late - again! - but Dicksboro showed coolness under pressure to see off Mullinavat at the second attempt.
Shane Stapleton was the man of the moment, shooting a 60th minute equaliser and then two injury-time frees as they finally got the better of a dogged South Kilkenny foe in Callan on Saturday.
The city side were impressive from the off and seemed to be heading for a big win when two quick goals from Oisin Gough and Robbie Fitzpatrick left them six points up after 13 minutes (2-5 to 0-5).
However, the 'Vat quickly hit back. John Walsh blasted home a snappy goal that started a run of 1-4 but the Boro were narrowly ahead again by half-time (2-7 to 1-9).
The game was just as tight in the second half - the sides were level on a few occasions - but Mullinavat turned the tie their way when Liam Fennelly cleverly fired home a 52nd minute goal (2-14 to 2-12). It sparked a frenetic finish, one where both sides gave their all, but Stapleton's late run of scores saw the Boro edge the battle.