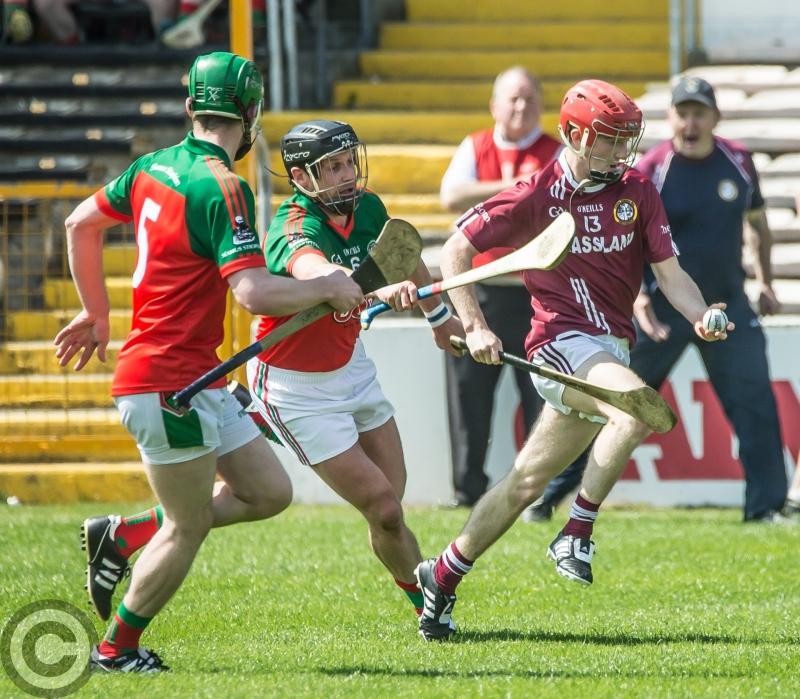 A solid scoring start to the second half helped James Stephens get the better of Carrickshock in their senior hurling quarter-final replay.
In a see-saw game in John Locke Park the city side were six points up in the first half, then five down at the break before hitting 1-6 after the restart to turn things their way again.
Led by the reliable David Walton (he scored 0-15 on Saturday) the Village were 1-9 to 0-6 up after 22 minutes, the goal coming from Tadgh Dwyer. However two goals in a minute from Mark O'Dwyer and Brian O'Donovan saw Carrickshock start a comeback that ended with them going in five points clear at the break (2-12 to 1-10).
James Stephens were fired up for the second half and stormed their way back into control. Four Walton points helped before Matthew Ruth's 39th minute goal gave them a lead they would not lose again (2-16 to 2-13). Carrickshock pressed on, scoring an injury-time goal to leave three points in it, but it was too little too late.