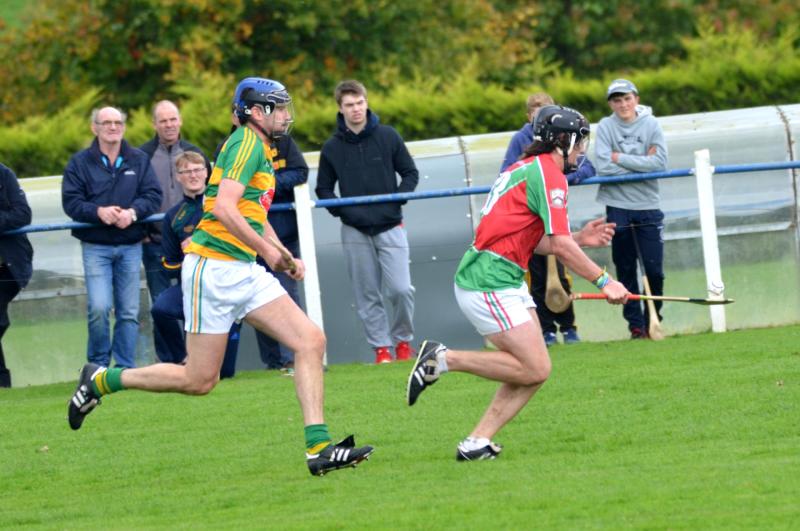 St Martin's (Muckalee) tumbled out of the senior hurling championship and back into the intermediate division for 2018 when they were beaten by a driven Bennettsbridge team in the relegation final in Canon Kearns Park.
The winners opened with an early point from a free by Nicky Cleere, and they led all the way home from there. When a long range free from Cleere sailed all the way to the Martin's net in the fourth minute, the winners had a strong foothold in the games.
Martin's recovered somewhat as Jason Shore converted chances for them, but the goal was the big divider at half-time when the score was 1-8 to 0-8 in favour of the 'Bridge.
Martin's enjoyed a decent third quarter, but in the sprint to the line Bennettsbridge found more and retained their top flight status.
SCORERS: Bennetsbridge - Nicky Cleere (1-11, frees); Daragh Wafer, Kevin Blanchfield, Brian Lannon (0-2 each); Aidan Cleere, Liam Blanchfield, Sean Morrissey (0-1 each). St Martin's - Jason Shore (0-6, 0-4 frees, one 65); John Mulhall, John Maher (0-2 each); Colin McGrath, Tomas Breen, Robert Reid, Shane Kinsella, David Walsh (0-1 each).