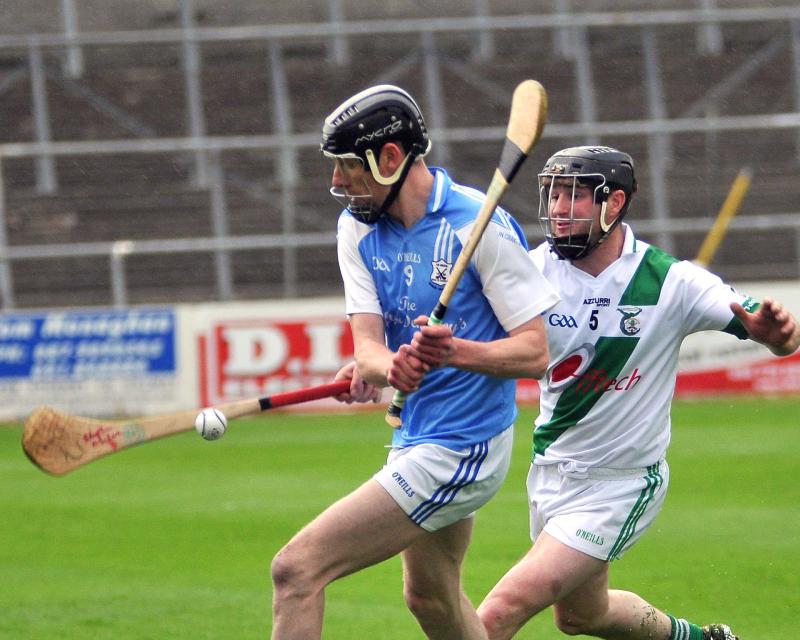 Graigue-Ballycallan looked in big trouble when seven points behind at half time, but they turned in a super second half to beat Glenmore in the Kilkenny intermediate hurling championship semi-final at Nowlan Park today.
Graigue out-scored the opposition by a massive 2-12 to 1-2 during the second period. Points from former Kilkenny star, Eddie Brennan and Sean Ryan and a magnificent individual goal by Billy Ryan during the closing three minutes buried Glenmore after the teams had been level at 1-15 to 2-12 with time almost up.
Glenmore looked a team of all the talents during the first half as Alan Murphy and company threw the ball around really well. The same Murphy grabbed a goal in the 21st minute and that helped his side into a strong interval lead of 1-10 to 0-6.
When Sean Ryan scored a good goal for Graigue immediately after the break it looked like the comeback was on. It was halted when Glenmore hit back for a like score from a penalty by Alan Murphy.
However, from there on Graigue dominated. They put nine scores together to get 1-15 to 2-10 in front by the 54th minute.
Glenmore hit back to level through Alan Murphy (free) and Ger Aylward, but Graigue responded with a classy late blast of 1-2 to drive into the decider.
SCORERS: Graigue-Ballycallan - Sean Ryan (1-9); Billy Ryan (1-1); Eddie Brennan (0-3); Jesse Roberts (0-2); Bob Murphy, Willie O'Connor, Vinny Teehan (0-1 each). Glenmore - Alan Murphy (2-7); Eoin Murphy (0-2); Emmet Vereker, Ger Aylward, Philip Roche (0-1 each).