Kilkenny SHC: The Village and Dicksboro show their class as they roar into final 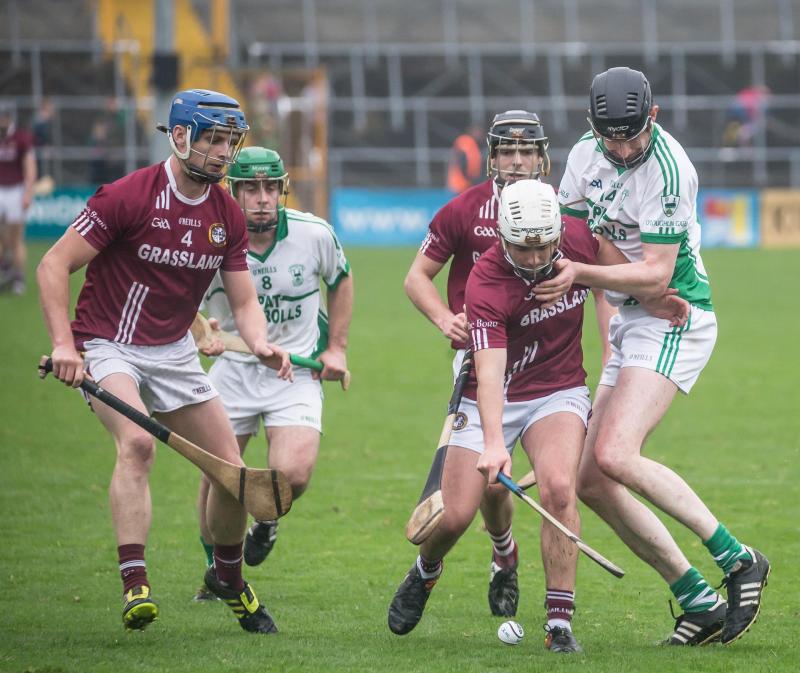 Strange old afternoon in Nowlan Park for the senior county semi-finals. Fantastic hurling?
We weren’t expecting it – forgive me for affecting to speak on behalf of the majority here - and on that count we weren’t let down. Surprises?
We weren’t expecting them – no, one can’t describe a momentum-laden Dicksboro winning a local derby as “a surprise” - and on that count our preconceptions weren’t so much overturned as blown sky high.
First half of Ballyhale Shamrocks v James Stephens: 1-8 to 0-5. Second half of Ballyhale Shamrocks v James Stephens: 0-4 to 3-11.
It’s not overdoing it to declare that the latter was one of the most extraordinary halves of hurling ever to take place at Nowlan Park.
It came totally and utterly out of the blue.
The Shamrocks had looked all-over winners up to the break. They were zapping clean, thoughtful passes from defence to attack.
Michael Fennelly was knocking down balls to his brother Colin, who was moving with dangerous intent. And an astonishing point right on the 30-minute mark – he couldn’t catch it again and this was no day to be bouncing the sliotar off the ground, so he simply turned and drove it over the bar – emphasised the way T.J. Reid has been operating at the peak of his powers for the past couple of seasons.
He is a once in a generation talent. Kilkenny folk have been blessed to have him.
Anyway, there they all were. The Village people toiling, the Ballyhale men cruising and Michael Fennelly nearly putting them out of sight with a shot that was cleared off the line early in the second half.
Everything Changed
Moments later Eoin Larkin found the net at the other end. Suddenly everything changed.
James Stephens poured over the Ballyhale ramparts and went on to hit 3-6 without reply, the other two goals neat poacher’s efforts from Tadhg O’Dwyer.
You had to be there to believe it. Perhaps more accurately, you had to be there to disbelieve it.
That Shamrocks’ star was on the wane for the past couple of years was neither a secret nor a surprise. Their pool is a notably small one and they eked out the petrol as best they could, making changes here and there, introducing new faces as they saw fit.
Maybe the only surprise about last Sunday was not that it happened but that it didn’t happen earlier.
Yet what of it? Shamrocks have been nothing less than magnificent for the past decade.
They had a burden to bear, a legacy to live up to, and they did so in glorious style.
They didn’t merely affirm a golden heritage; in capturing six county titles and three All-Irelands they burnished it. What’s more, by going to Waterford for a Tipperary management duo in latter years they demonstrated imagination and humility: their 2015 All-Ireland triumph was the consequence.
And right throughout the period, from 2005 onwards, Ballyhale were very, very good for Kilkenny.
Blessing In Disguise
James Stephens? Their brush with relegation has proved a blessing in disguise. They’ve the bit between their teeth now and they’ll be difficult to stop next Sunday week. Tradition. Self-belief. Course and distance.
In passing it was immensely heartening to see Peter Barry’s renewed involvement. He was one of Brian Cody’s quiet leaders, a pillar of the county’s 2002-03 team, and he should never have been lost to Kilkenny hurling after his playing days ended.
The second match was tepid in the extreme, with Martin Gaffney’s early goal proving sufficient to get Dicksboro to within 60 minutes of a first title since 1993.
O’Loughlin’s could never get back on terms, even if they did cut the gap to a single point at one stage. They were overdependent on Mark Bergin for their scores and looked like champions going through the motions – which, it turned out, is what they were.
Dicksboro always seemed to have a little more in the way of hunger and conviction. They also had Darragh Holohan between the uprights and this was the real difference in the end.
Holohan made three notable saves, the best and most important of them a stop from David Burke three minutes from time.
Fr Tommy Maher liked to say that you should always put your most skilful player in goal. (Noel Skehan is fond of quoting this line - I cannot imagine why.)
Holohan may or may not be Dicksboro’s most skilful performer. But as long as he’s fit and well, the ’Boro have a decent chance.