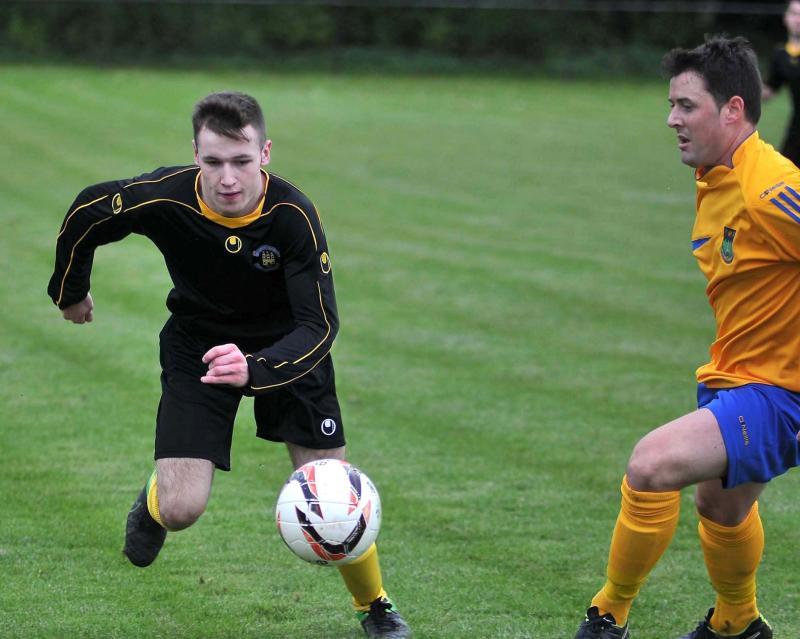 Emmet Nugent is part of the Kilkenny & District League Oscar Traynor squad who will be in action this weekend PICTURE: MICHAEL BROPHY

A new season has brought a new management team and, with it, new hope for the Kilkenny & District League’s Oscar Traynor Trophy squad.

After the drama of last season, when the inter-league team was pulled and then replaced with a Freebooters squad for the remaining fixtures, the Cats are back and all ready to give the competition another crack.

New managers Jim Nugent and Jim Cashin have selected an 18-man squad for the competition, which kicks off with a trip to Crumlin and a meeting with the Leinster Senior League this Saturday (kick-off 3.30pm).

“There is a great Oscar Traynor tradition here in Kilkenny,” said Jim Cashin. “We’re trying to recreate that with this squad.

“The League asked us to get involved with the squad this season,” he added. “We agreed to do it on the condition that the players were interested in playing. We were happy with the response we got from the players we asked.”

It’s not only the squad that has undergone a shake-up - the competition has been altered this season, with a new format in place.

If Kilkenny beat the LSL on Saturday, then they will go into the quarter-finals. Lose, however, and they’ll have another shot at making that stage by taking on the losers of the North East FL and the Defence Forces clash. Other teams in the Leinster area of the draw are the Wexford League, Dublin AUL, United Churches League and the Carlow League.

“We’ve been encouraged by the number of players who want to play for Kilkenny,” said four-time Oscar Traynor winner Nugent, who also managed the Cats. “While the big two are well represented we have a strong squad selected from a number of clubs across the League.”

The squad will have a get-together in Derdimus tonight (Thursday) from 7 to 8pm.