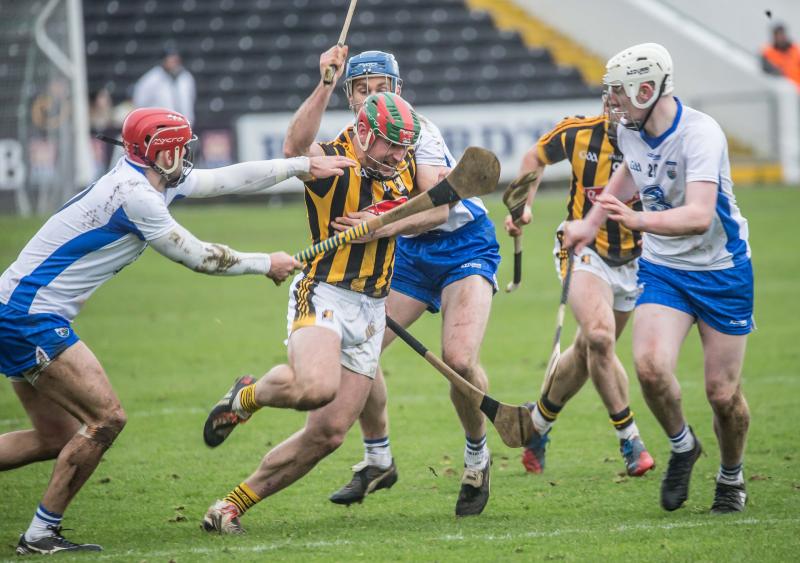 Kieran Joyce in action against Waterford.

Kilkenny stars, Kieran Joyce and Shane Prendergast have announced that they have called time on their senior inter-county careers.
The 30-year-old Joyce won five senior All-Irelands between 2011 and 2015, plus two National Leagues.
The announcement was made on his Twitter account today when the Rower-Inistioge clubman said he stepped down after enjoying a fantastic seven years with the squad.

"I was fortunate enough to play with some of the greatest hurler of our generation and it was an honour and pleasure to play both with and against these men," he said.
He singled out the All-Ireland intermediate club hurling championship victory with the Rower-Inistioge in 2014 as among the highlights of his career.

Shane Prendergast, son of former star, Paddy, joined the Kilkenny panel in 2014 and made his championship debut against Wexford in 2015. He is a member of the Clara club.