Kilkenny hurling: St Patrick's back to hurling and winning ways 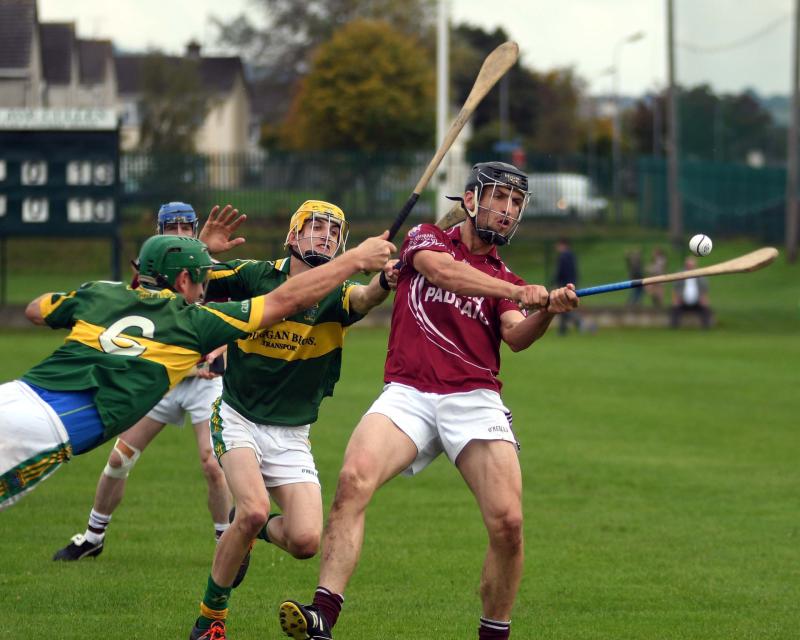 Kilkenny champions, St Patrick's (Ballyragget) got back to the serious business of hurling in the Leinster club intermediate championship today, and although they turned in a far from vintage performance they were still too good for Ardclough (Kildare) in Newbridge.
The Cats booked a semi-final place against Meath side, Kiltale on Saturday, November 18, apparently in Navan.
St Pat's, after all the hullabaloo off the field that followed their victory in the Kilkenny final, looked nervous and unsure in the opening stages of this clash against the Kildare senior champions.
In fact, Ardclough blasted 1-3 to no score in front after only six minutes after full-forward, Martin Fitzgerald cracked home a good goal created by Paul Fitzgerald.
Slowly St Patrick's got their sharp running game going. They took the long route back to level terms, which they achieved on 30 minutes when Brian 'Brook' Phelan pointed.
Then in lost time at the end of the half Michael Brennan shot a point, which was first given by the umpires, then questioned by a linesman, before the referee awarded it to leave St Patrick's 0-9 to 1-5 in front at the break.
The winners were awarded a penalty in the 32nd minute when sub Eoin Bergin was fouled, but Kevin Kelly's shot came back into play off a post.
St Pat's simply drove on, adding points per Kevin Kelly, Bill Staunton, Kelly again at the double to jump 0-13 to 1-5 clear by the 37th minute.
With the St Patrick's defence totally dominant, with Stephen Staunton, Geoff Morrissey and Bill Staunton in top form, they simply blotted out the opposition as they powered on to what was a comfort victory in the end.
SCORERS: St Patrick's - Kevin Kelly (0-11); Michael Brennan (0-4); Seoirse Kenny (0-3); Brian 'Brook' Phelan (0-2); Geoff Morrissey, Bill Staunton, Joe Brennan, Sean Mooney (0-1 each). Ardclough - Martin Fitzgerald (1-5); Colum Buggy (0-2); Paudie Ryan (0-1).