Leinster club hurling: St Patrick's get back to winning ways in style 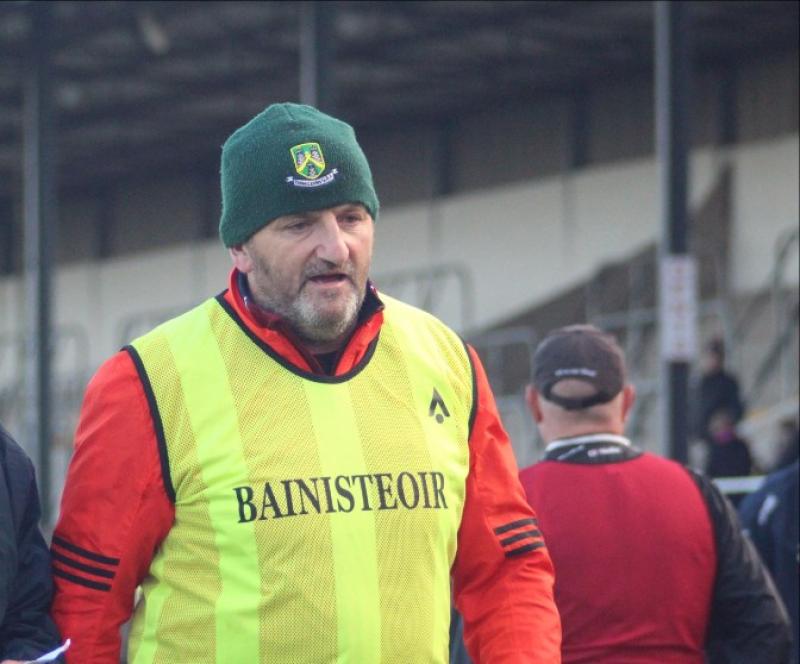 It was a trying few weeks for everyone involved in St Patrick’s (Ballyragget) GAA club, but the team officials kept things normal when the players were in the training field.
That was the pre-match approach to Saturday’s crucial opening game in the Leinster club intermediate hurling championship against Ardclough (Kildare) in Newbridge, which the Cats won by 0-24 to 1-8.
Focus was on the game
“Our focus once we were together was on the job in hand,” insisted manager, Jim Lyng, when asked how everyone coped working in the shadows of a media storm not of the club’s making over the last few weeks.
“We managed the last two weeks by keeping the concentration on hurling,” added the man who shares the sideline duties with David Buggy, Brian ‘Tim’ Phelan and James Dowling.
“We kept things as normal as possible,” Mr Lyng added when asked to elaborate.
“Our job, the players’ job, is to get results for the St Patrick’s club. We kept things normal.
“We prepared for an upcoming game, a serious game, as best we could with only one goal in mind - doing our best for the club and parish. That is the way we will drive on from here, with the same mentality.”
The overall assessment of the win over Ardclough was more or less job done after a very shaky start.
“Getting back on track in a championship match wasn't easy,” Mr Lyng felt.
“Ardclough were really fired up. They are a very strong, physical team and they had the breeze behind them in the first half.
“They played really well for the opening 20 minutes or so. We struggled a little, but the same as in the county final against Graigue-Ballycallan we kept ourselves in the game by grabbing points here and there.
“In the second half our hurling came to the fore, and we looked a bit more like our usual selves.
“These guys have to believe a bit more in themselves.
“Belief and confidence are huge in sport, and in hurling too. Little by little they are getting there. Our hurling was the difference today.”
Fitness wise and everything else, he felt, the teams matched us. Ardclough were very committed.
“They made it very difficult for us, and we had to fight for everything we got,” insisted the former Dublin star. “It was a great game for us to get back in action.”
How difficult was it to get the players back in the right frame of mind, we wondered?
“To be honest, not difficult at all from our point of view,” Jim assured.
“However, with the players individually it might have been a bit of a challenge. It definitely was a challenge for some of them.
Proud hurlers
“Look, they are hurlers. They are really proud hurlers. They are proud of the club and parish they represent.
“They showed that countless of times. Today was their answer as to whether they were going to move on or not, and they have moved on very well.
“We are very proud of them,” he insisted.
The players would have to continue to push themselves, he insisted, because that was the only way they were going to get better.
“Every day is a new challenge that must be taken on its merits,” the manager continued.
“The semi-final against Kiltale won’t be easy. We have two weeks to get ready for that, but we will work hard to be at our best for it.
“We are looking forward to that challenge. Nothing is perfect. We were slow to start today. We fell behind. We missed a penalty. We have things to work on.
“The lads came good in the end simply because the belief is growing that they can put up big scores. From now on it will be all about hurling,” he assured.