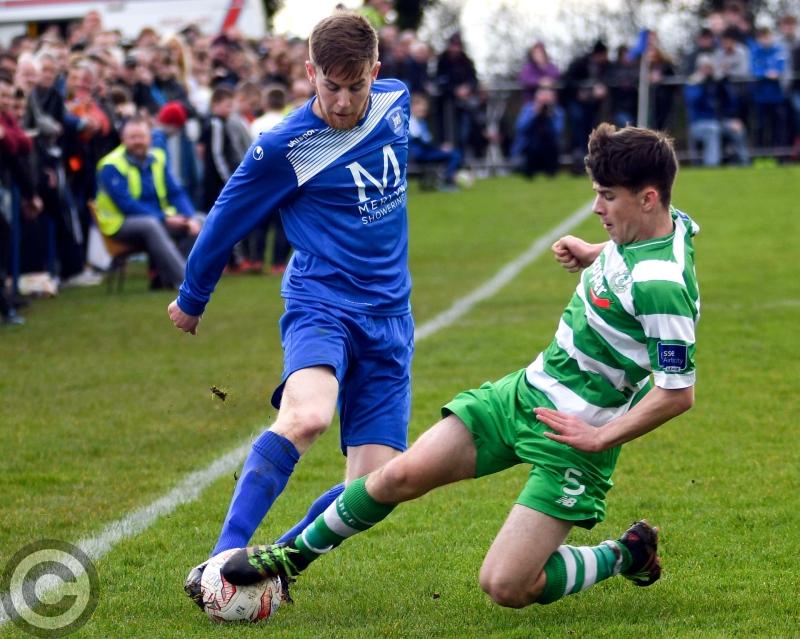 Nathan Sherry was on target as Thomastown United maintained their 100% start in the Premier Division PICTURE: MICHAEL BROPHY

There was only one game in Premier Division, but a blast of goals more than made up for a lack of matches in the top flight of the Kilkenny & District League.

Thomastown United A picked up three points, and in some style, as they shrugged off a troublesome Deen Celtic A 5-2 on Sunday.

It was a second meeting of the sides in little over a month - Thomastown beat Deen 3-0 in the FAI Junior Cup in October - United seemed to be heading for another win when Nathan Sherry shot them into a 10th minute lead. They held that advantage into the second half, but were hauled back before the hour by Michael McDonald’s goal. C.J. Browne quickly had them back in the lead but it was all square again when Peter McPhillips levelled matters by the 64th minute.

Rather than let their heads drop United picked up the pace. Two quick goals - the first from Dessie Walsh, the second an own goal - gave them a lead they would not lose before Bobby Joe Walsh sealed the win in injury-time.

That result means Thomastown are joint top with Freebooters A, both sides with 100% records after three games played.

In Division One Evergreen C maintained their good start to the season when they took a point home from their meeting with Lions in Durrow.

Aidan Tuohy was on target for the city side, double winners in Division Two last season. So far they’ve adapted well to life in Division One - they’ve won two and drawn two of their four games to date, leaving them a point clear of second-placed Fort Rangers and the Lions.

It’s a remarkable run for the C team, who are helping to bring the next generation of players through the Evergreen ranks. While a number of last year’s C team have moved up to the B side this term they have injected some youth into Conor O’Neill’s side - teenagers Gavyn Blanchfield and Cillian Dolan have impressed in the side, laying the foundations for the future.

There was better luck for the other Laois side in Division One as Clover United beat Thomastown United B 1-0 in Rathdowney.

Elsewhere Treveine Wallace and Craig Hayes were on target as Freebooters B beat Castlewarren Celtic 2-1 on the Fair Green to earn their first win of the league season. Fort Rangers were big winners in Stoneyford, beating the home side 4-1 on Sunday morning. 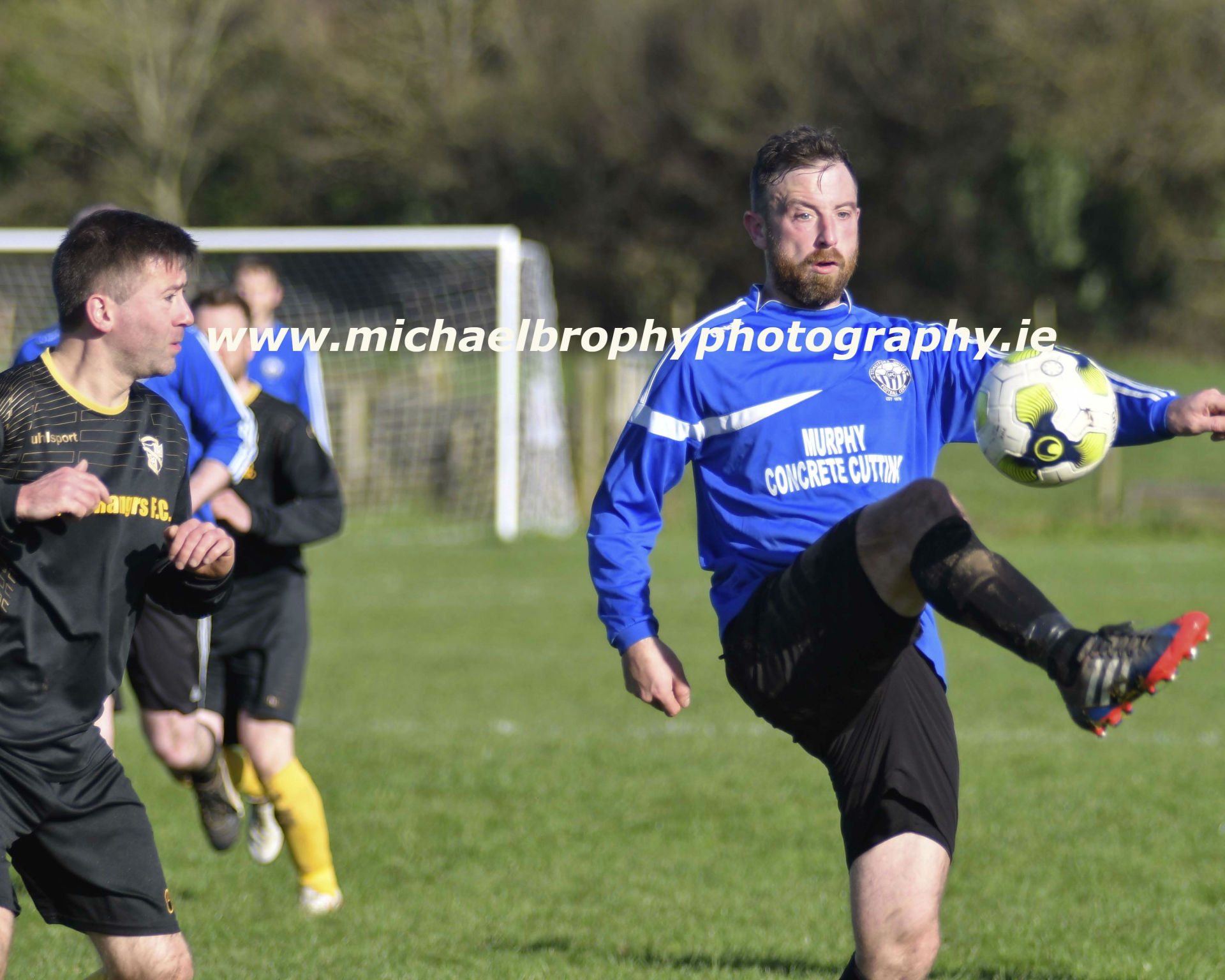 Early goals from Tony Moran and Eddie Nugent gave Rangers the lead, before Stephen McKenna and Nugent made it 4-0 by half-time. Brian Donovan fired home a second half free-kick to give Stoneyford United some hope, but they couldn't reel in the long-time leaders.

With Division Two leaders Bridge United not playing Spa United missed the chance to close the gap at the top when they were held to a 0-0 draw away to River Rangers.

Spa’s draw gave Newpark the chance to draw level with the Johnstown side and they didn’t disappoint, beating Paulstown 06 5-2 at the Fen.

Along with an own goal, they led 5-0 at half-time and while Paulstown pulled two goals back, they couldn’t bridge the gap in the second half. After five games played, Paulstown’s search for the first point of the season continues.

It wasn’t just Kilmanagh were a stalemate reigned - Ballacolla and Ormonde Villa shared the points but no goals in a 0-0 daw.

After a poor start Freshford Town have really found their form in Division Three. Having lost their opening two games, Town picked up their third win on the spin when they beat Deen Celtic B 6-2 on Sunday.

There was a big win also for Clover United B, who beat Castlewarren Celtic B 5-2, while St John’s saw off Highview Athletic B 3-1. The city side have earned eight from a possible 12 points in their last four games.