Kilkenny hurling: It's have hurley will travel with Colin Fennelly 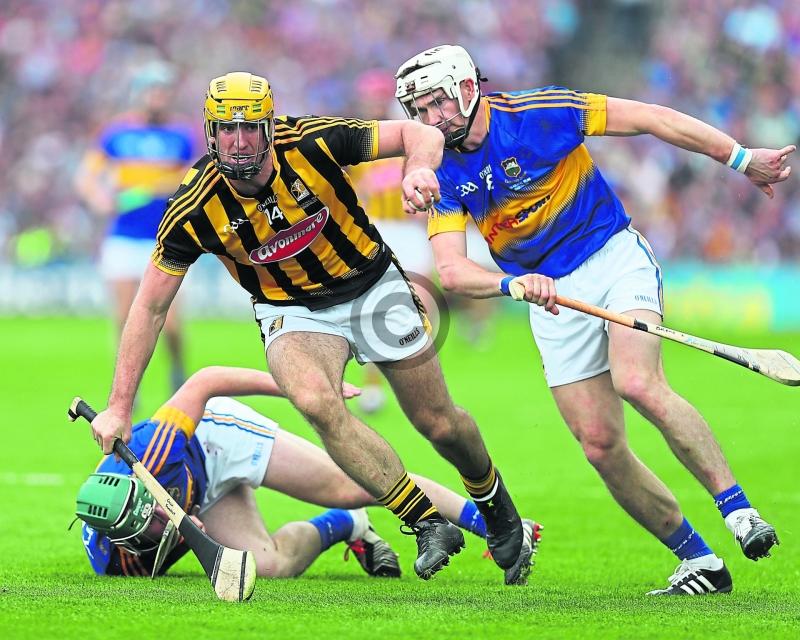 Colin Fennelly is bringing a supply of hurleys to the Lebanon

The hurleys and sliotars are all packed, and Kilkenny stars Colin Fennelly and Paul Murphy are fully kitted out and ready to march on peace keeping duty with the Irish Army.
The two former All-Stars will fly to the Lebanon on Friday for a six month tour of duty as part of the 3rd Infantry Battalion, 1st Brigade stationed at Stephens Barracks, Kilkenny.
The Battalion is not due to return until May 18 next. That means the Kilkenny pair will miss the entire Allianz National League programme, plus the county’s opening engagement in the new look Leinster round robin championship away to Dublin on May 13.
“We know we will be playing catch up, but we will do our best to be in the best possible shape we can be when we get home,” Colin Fennelly (Ballyhale Shamrocks) told the ’People when speaking as a Citroen ambassador at the Kilkenny Motor Show at the weekend.
The Battalion’s equipment was shipped out recently. A big supply of hurlers was included for a lot of the soldiers who play the game, and six of them carried the name Colin Fennelly.
He also packed his hurling helmet and a dozen sliotars, sponsored by fellow county star, Richie Hogan.
“You have to take the humidity over there into account, plus the fact I am training with Paul Murphy,” Fennelly joked when asked about his stock of sticks.
Fennelly will do a quick about turn when he gets to the Lebanon. The Army have given him permission to return home for a short spell in three weeks time when he will be best man at the wedding of his brother, Michael.
As a matter of interest, Kilkenny’s round robin Leinster championship fixtures next year are - May 13 away to Dublin; May 20 at home to Offaly; May 27 away to Galway; June 9 home to Wexford. The Leinster final on July 1 will be between the top team and the runners-up.