Soccer: Kilkenny's rising star Martin to stay on with Waterford 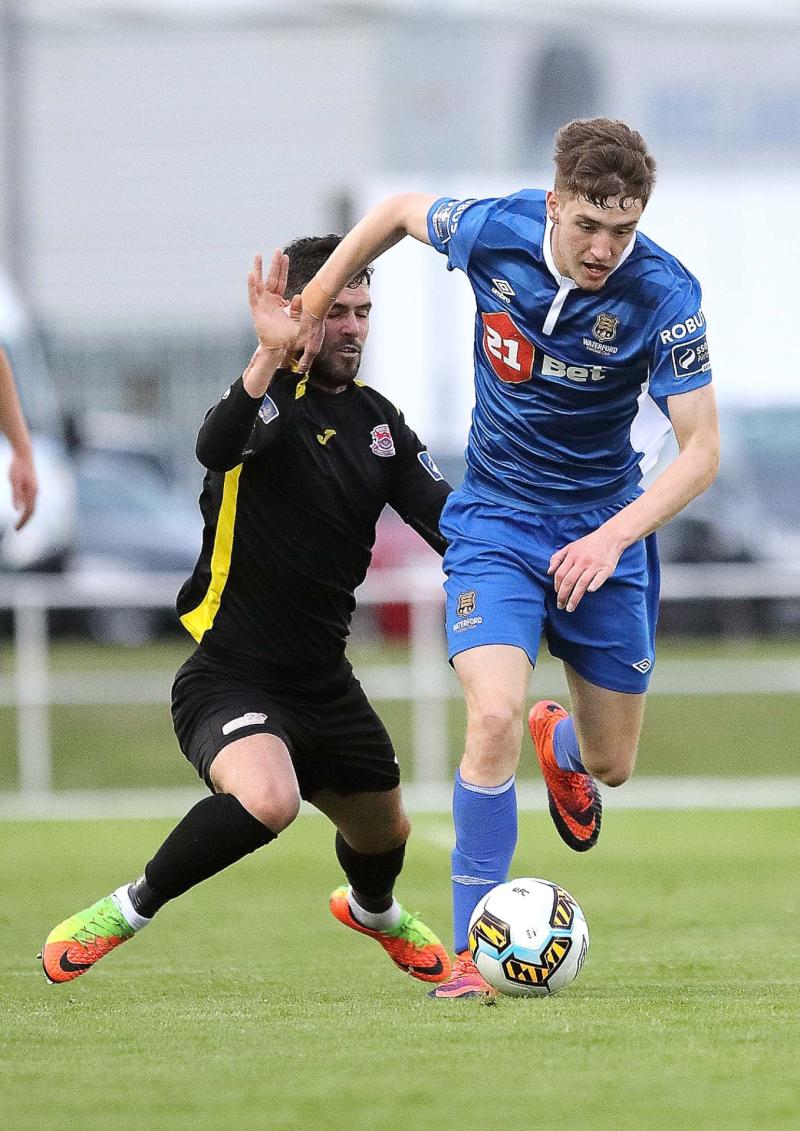 A breakout season of outstanding performances has earned Kilkenny’s John Martin the chance to test himself against the best the Airtricity League’s Premier Division can offer.

The Paulstown midfielder will stay with Division One champions Waterford FC as they prepare for life in the top flight in 2018.

Martin, who picked up the club’s Under-19 Player of the Year Award, was one of the game’s most exciting prospects over the 2017 season. Despite strong interest from cross-channel clubs, he intends to remain on Suirside for a crack at the Premier Division.

Martin scored an impressive hat-trick in the Blues’ away win against Athlone Town back in June, the only player to notch a treble for the first team last season. His performances also caught the eye of Republic of Ireland Under 19 manager Tom Mohan, who named him in his squad for the Qualifying Phase of European Championships.

“The club is still on a high from last season and it’s great to be able to look forward to Premier Division football in 2018,” said Martin. “I’m really looking forward to preseason and it will be good to get going again.

“There will be a few new faces as well, so I’m looking forward to getting to know them.

“I was delighted about how last season went for me,” he added. “The hat-trick in Athlone was a real highlight for me. That really got me going and gave me the confidence to push on and play for the first team more regularly.

“I was delighted to get into the Irish setup as well and to be involved in the tournament in Waterford was fantastic,” Martin said, recalling his international experience. “It’s also great to be involved with the linkup between the club and W.I.T. under the Scholarship Scheme, so things are really going well for me.”

The positive mood was echoed by the club’s management.

“We all saw how good John was last season,” said First Team Coach, Alan Reynolds. “It’s great to have him back again ahead of the new campaign. He is a really exciting prospect, the future of this club.

“He settled into the team well and gelled well with his team-mates. He is a good lad who is willing to learn and we are keen to see him get to work at the highest level next season.”