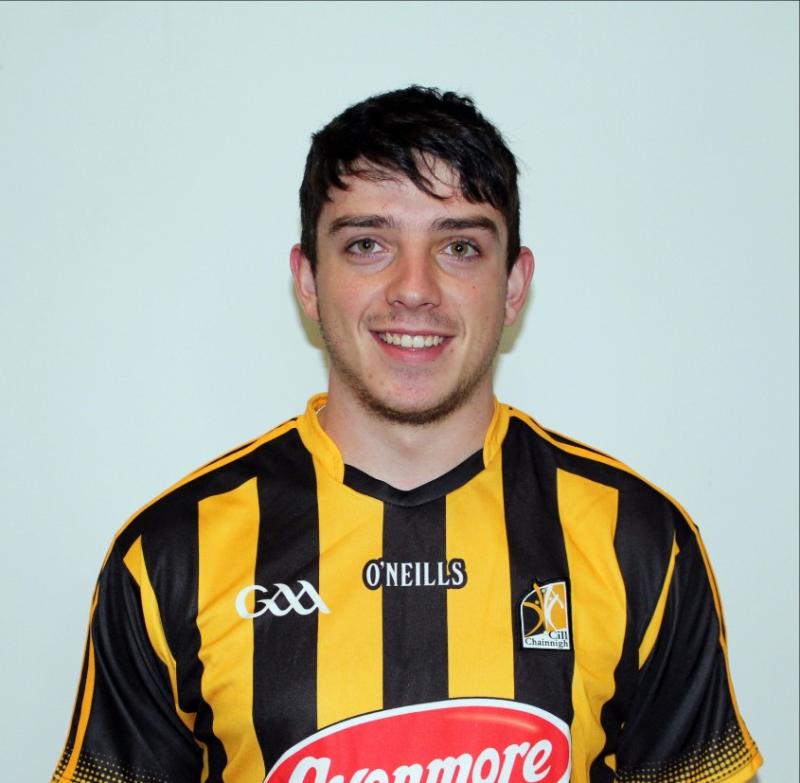 Andrew Gaffney was the star man for Dicksboro

A 39th minute goal from top scorer, Bill Sheehan, created after a wonderful high catch and determined run by Andrew Gaffney, turned this thrilling North under-21 Roinn A hurling semi-final in Freshford today.
All at once the goal put the breaks on Tullaroan's great efforts, cut deep into their seven point lead, and sparked Dicksboro into life.
During the following minutes man of the match Gaffney performed great things and inspired the winners. When he crashed home a goal in the 49th minute he shot the 'Boro 3-12 to 2-13 in front.
A minor from Gaffney was followed by one from another big performer, Tom Kenny, as Dicksboro turned the screws on tiring opponents.
The city side eventually wrapped up victory with a 57th minute goal from Mark Nolan, with a clever assist from Oisin Gough, to qualify for the final against James Stephens.
Tullroan were the better, more determined team in the first half and with powerful leadship from the all action Martin Keoghan, they deservedly led by 2-8 to 1-6 at half-time. They had the opened two scores of the new half to stretch their advantage to seven points, but then Gaffney intervened with a touch of brilliance and changed the course of the match.
SCORERS: Dicksboro - Andrew Gaffney (1-7); Bill Sheehan (2-3); Mark Nolan (1-0); Tom Kenny (0-2); Conor Doheny, Robbie Murphy, Oisin Gough, Joe Sheehan (0-1 each). Tullaroan - Martin Keoghan (3-2); Shane Walsh (0-6); John Walton (0-3); Bill Gaffney (0-2); Jim Moore, Adam Tallis, Tommy Walsh (0-1 each).