Kilkenny basketball: Paris Texas down the All Stars 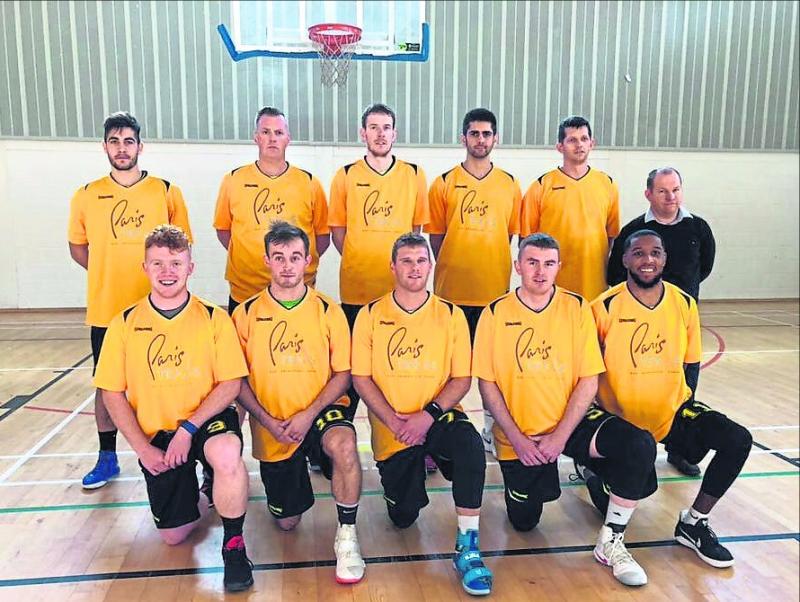 Saturday night's clash between Sligo All-Stars and Paris Texas Kilkenny was an exciting one filled with good plays and great defence, and it ended with the Paris Texas Kilkenny men's team getting a much-needed win in National Basketball League.
In the first quarter Paris Texas showed real promise. They set the tempo with a fast pushing offence that Sligo struggled to keep up with.
With good passing from Brian Hogan and player/coach, Julian O‘Keeffe, they set up the likes of team captain James Butler and American Taylor Young for easy baskets. With a smothering defence backing up that approach, the Cats forced turn overs that resulted in easy baskets as well.
At the end of the first quarter the score was 21-13 to Paris Texas Kilkenny.
In the second quarter things were a bit different. The pace of the game slowed down a bit after the Sligo All-Stars changed their defence to counter Paris Texas fast tempo, using a 3-2 zone to take the zip out of Kilkenny's approach.
This worked for a few minutes, forcing Julian and co-coach Tommy O’Mahony to call a timeout to get the squad focused and to make some adjustments. After the time out the Paris Texas defence worked better, which led to some easy baskets.
The half-time score was 39-27 to Kilkenny.
In general the third quarter has been bad for Kilkenny this season, and the coaches made a point of getting the players to drive harder this time. Sligo came out and met fire with fire. They fought back into the game, scoring eight quick points.
Again, Kilkenny used a timeout to regroup. They went back to the way they played in the first quarter, using their athleticism and pressure defence to force turnovers that saw them sneak baskets.
The stunning acrobatic layups from Julian and Taylor had the Sligo fans even cheering a little bit. At the end of the third quarter, following excellent work from Julian O’Keeffe and a strong team showing, Kilkenny were 58-44 ahead.
The final quarter produced terrific excitement for fans. There were some lovely individual moments, with Brian Hogan’s spectacular behind the back pass to James Butler for an easy layup one of them.
Paris Texas Kilkenny’s pressure defence again proved too much for Sligo to deal with, forcing more turnovers which led to easy layups and baskets. These scores helped push out the lead to 28 points at one stage.
In the end Kilkenny were convincing winners after a great team.
Top scorers were Taylor Young with 21 points, James Butler with 17, Julian O'Keeffe with 14, Lukasz Szulc with 9, Brian Hogan with 8, Pere Juran with 4, Dino Knezovic with 3 and Terrance Wilson with 2.
Next up Paris Texas Kilkenny play Dublin Lions in Dublin on Saturday, and on Sunday they play St Paul’s, Killarney in the O’Loughlin Gaels centre, Kilkenny.