Leinster club final: St Patrick's know all the pressure will be on them 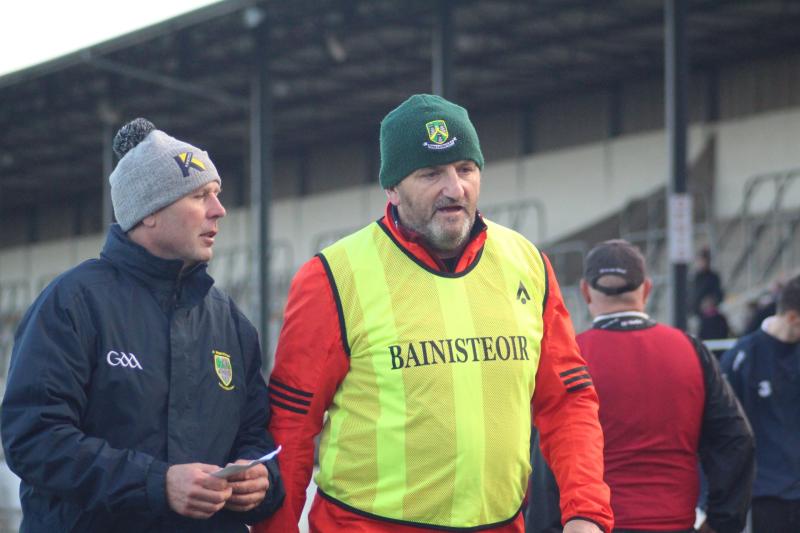 Kilkenny champions, St Patrick’s (Ballyragget) know they will have to absorb all the pressure when they go in search of a second Leinster hurling title on Saturday.
The North Kilkenny outfit face surprise packet, Glenealy, the first Wicklow team to contest a Leinster hurling final, in the intermediate club showdown in Nowlan Park (2pm).
As David versus Goliath contests go, this is the ultimate!
“We expect to be overwhelming favourites,” admitted St Patrick’s manager, Jim Lyng, the former Rower-Inistioge and Dublin star. “It is not going to be easy.
“In fairness to the players, they were favourites in the last two matches and they coped. Being at home in Nowlan Park is an advantage, but you can’t let that add to the pressure.
“We will just get on with the job. Finals are there to be won. You are judged on what you win. There will be no excuses.”
The Noresiders will be without lively attacker, Barry Staunton, who ended up in hospital with a collapsed lung after the opening game against Ardclough (Kildare) while John Mooney is still battling to regain full fitness after injury.
“The players are in great form and they are looking forward to the game,” Mr Lyng assured. “It is a great time for them. They are enjoying their hurling. Who wouldn’t want to be in a Leinster final?
“The harsh weather and heavy pitches, sure no one worries about that when you are winning. Everything is positive.”
He said the players realise they have a big chance to achieve something big, and they want to make the most of the opportunity.
St Patrick’s won Leinster in 2012 on the way to an All-Ireland junior final victory over Charleville (Cork). If they can win a second provincial title it would be huge.
The Cats, who also beat Kiltale (Meath), admitted they don’t know a lot about Glenealy. They have been told they are extremely fit and athletic, and that the current weather and heavy pitches could suit them.
“Our concentration will, as ever, be on getting our own game right,” Mr Lyng insisted. “We will play to the best of our ability and hope that is good enough.”
Opponents Glenealy are going to take the final in their stride and let the opposition cope with whatever pressures the occasion might throw up.
In Leinster they have beaten Thomas Davis (Dublin) and St Anne’s (Wexford).
“It will be a great occasion and, of course, we’re underdogs but who cares about underdogs. Let the bookies put a price and let it be so,” said Glenealy manager, Gary Laffan, an All-Ireland medal winner in 1996.
“It’s 15 men against 15 men and we have five or six subs who can come on and do a job. Let’s just get a performance. Let’s get the boys in good form. Get a performance and see where it takes us,” he added.
Magical performances from Jonathan ‘Bosco’ O’Neill, with a 100% success rate from placed balls, his son Jonathan, Danny Staunton, who dominated from centre-back and many more made the difference when St Anne’s were beaten.
Warren Kavanagh did a splendid marking job on Diarmuid O’Keeffe, the All-Star nominated Wexford wing-back who played in attack, so he could be employed to do the same against St Patrick’s attacking ace, Kevin Kelly.
“The final is unknown territory for Glenealy,” Laffan admitted. “We got a few breaks along the way.
“To get to a Leinster final you need that but you won’t get the breaks without hard work, determination and by fighting for each other.
“It’s the least the players deserve after the work they’ve put in. They’re looking forward to a big day now. We will go into the final as overwhelming underdogs, but let it be so.”
Kevin Kelly has been St Patrick’s go-to man in all their games, but they have a good team. The attack is very versatile, and it appears the players can perform in any position.
Defenders Stephen Staunton, Geoff Morrissey and Geoff Brennan have been going well, and goalkeeper Michael Brennan is currently enjoying a good run of form.
Glenealy weren’t gifted a place in the final. They earned it, and they have earned the respect St Pat’s will show them too.
Glenealy (v St Anne’s) - Keith Snell; Emmet Byrne, Warren Kavanagh, Ruaidhri O’Neill; Gary Byrne, Danny Staunton, Thomas Doyle; Jonathan O’Neill snr, John Manley; Robert Byrne, Jamie Byrne, Enan Glynn; Jonathan O’Neill jnr, Alan Driver, Leighton Glynn. Subs used: Paul O’Brien, Lee Kavanagh, Wayne O’Gorman, Ronan Manley, Gary Hughes.