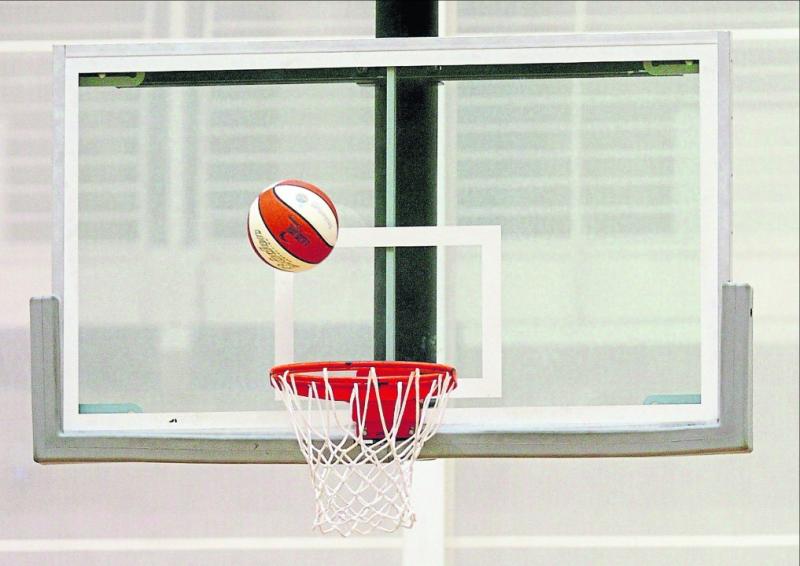 It was a busy and rewarding weekend for Kilkenny based men’s National Basketball League side, Paris Texas.
They played two games, one home and one away, and won both.
On Saturday against Dublin Lions it was a battle between two fast teams, both using their athleticism and speed to score in the open court.
Both needed a win to help them move up the league table.
From the off Paris Texas Kilkenny (PTK) set a hot pace with good defence leading to easy layups and scores.
PTK made a good effort to stop the Lions from scoring in transition with team captain, James Butler and Dino Knezovic playing sound defence and not committing fouls. This sparked the winners to get out and score easy baskets.
The score at the end of the quarter saw Kilkenny lead 27-14.
Fast-Paced
The second quarter was as fast paced, with both teams getting up and down scoring at the basket.
After a time-out, PTK sparked and hit two big 3s’ that pushed them well ahead. With Brian Hogan providing great passes to Julian O’Keeffe, Taylor Young and James Butler, they picked off easy scores.
It was good team defence and great passing by Kilkenny that helped them breeze 57-39 ahead by half time.
In the next quarter play started off slower. The Dublin Lions got on a run.
Sparked Revival
Using their squad well, PTK subbed in Sean Kenny and he scored eight straight points that sparked a revival and strong run. Ultimately this blast put the game away for Kilkenny.
At the end of the quarter the divide was 82-55.
In the final quarter Paris Texas were at their easee and they simply had too much power for the opposition. With good passing and great team defence, they kept the Lions on a tight rein.
This was a great team effort and great performance from O’Keeffe, Hogan and James Butler with Dino Knezokic excelling in defence.
PTK top scores - Taylor Young 28 points; Julian O’Keeffe 26pts; James Butler 21pts; Brian Hogan 15pts; Sean Kenny 8pts; Dino Knezovic 5pts; Terrance Wilson 3pts; Paul Leigh 3pts; Pere Juran 2pts.

Paris Texas 86pts; St Paul's 72pts
On Sunday at the O’Loughlin Gaels centre it was an early contest between two teams close to each other on the National Basketball League ladder.
This game was expected to be hard fought between two good, evenly matched teams.
Not showing for their exertions the previous day, Paris Texas enjoyed a great start.
Stopped Key Man
They picked off easy baskets and got to the free throw line, stopping St Paul’s key big man Antuan Bootle as he missed shots that keyed PTK for easy baskets in transition, which has been the staple for the squad this season.
At the end of the first quarter Paris Texas led 29-9, which was a bit of a surprise.
In the second quarter fans saw more of what was expected, with both teams running their respective offenses. St Paul’s attacked their opponents 2-2-1 press.
At half time the score was 44-35 in favour of Paris Texas Kilkenny.
Entertainment during the interval was provided by Kilkenny Stars Boys under-12 squad. The supporters really enjoyed the display from the future players and they showed their appreciation.
The third quarter was tough for both teams, with St Paul’s hitting key buckets in the half court, running their offense well, and countering Kilkenny’s 2-3 zone.
After a time out taken by the coaches, PTK found their rhythm and with good scores from Paul Leigh and Ryan Pepper they controlled the team on offense.
Hard fought
At the end of the third segment, Paris Texas Kilkenny’s lead was 63-52.
The final quarter was very hard fought, and both teams went on big runs.
St Paul’s started their run early. They cut the deficit at one stage to five points.
Kilkenny recovered their focus and shape and pulled away with key baskets by Brian Hogan and Ryan Pepper to push the advantage back to doublee figures.
Top scorers - Taylor Young 25pts; Julian O’Keeffe 14pts; Brian Hogan 13pts; James Butler 12pts; Ryan Pepper 10pts; Paul Leigh 8pts; Dino Knezovic 4pts.
Paris Texas Kilkenny are at home in the O’Loughlin Gaels centre again on Sunday (1pm).
They play in the quarter-final of the National Cup against KCYMS Killorglin.