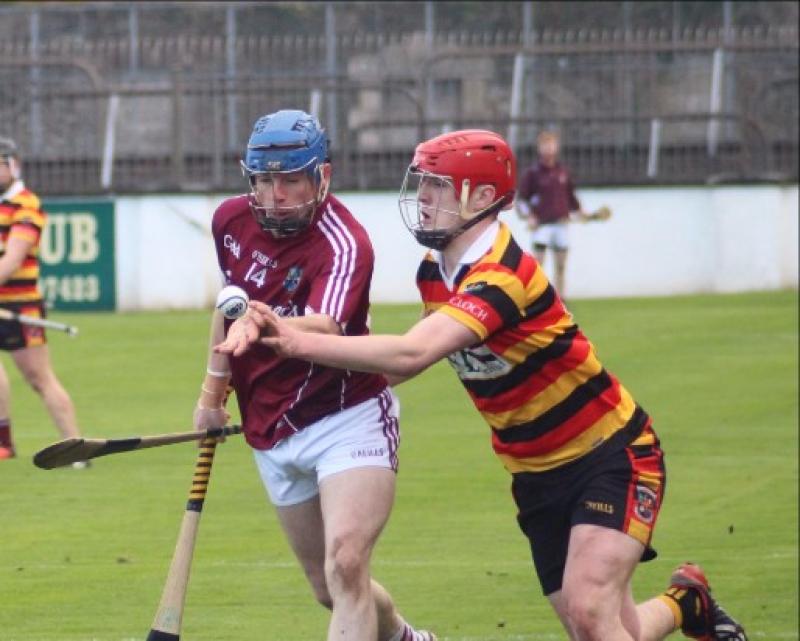 St Patrick's (Ballyragget) had to call on all their talent and hurling know how, and then they needed a bit of luck as well, before edging out hugely determined Glenealy (Wicklow) in a gripping Leinster club intermediate final in Nowlan Park today.
A point from a free by Kilkenny panelist, Kevin Kelly, over two minutes into lost time earned St Patrick's the victory that put them into the All-Ireland semi-final against Toreen (Mayo).
It was a close, close call for the Kilkenny champions, who were 1-13 to 0-13 down in the 49th minute after John Manley pointed to reflect Glenealy's dominance at the time.
St Pat's points from Kelly (free) and Seoirse Kenny had the gap down to the minimum with seven minutes remaining, but the visitors just wouldn't surrendered. The gap went up and down between one and two points afterwards until Brian 'Brook' Phelan pounced for an equaliser for St Patrick's on 60 minutes.
That set the stage for Kelly to decide it all with 62 minutes and 32 seconds showing on the clock.
Glenealy showed from the start that they were good hurlers. The worked really hard, and they used the ball well.
They led twice during the first half, and shared parity three times. In the end a late point from Joe Brennan gave St Pat's an interval lead of 0-9 to 0-8 after playing against the breeze.
Glenealy grew even stronger after the turn, and a small thing could have seen them pull off victory and one of the shocks of the season.
SCORERS: St Patrick's - Kevin Kelly (0-11); Seoirse Kenny, Michael Brennan, Brian 'Brook' Phelan (0-2 each); Joe Brennan, Paddy Brennan (0-1 each). Glenealy - Jonathan O'Neill (0-8); Wayne O'Gorman (1-0); Roberet Byrne (0-2); John Manley, Jamie Byrne, Enan Glynn, Leighton Glynn, Gavin Weir (0-1 each).