Rates and the GAA: Kilkenny prepare for battle 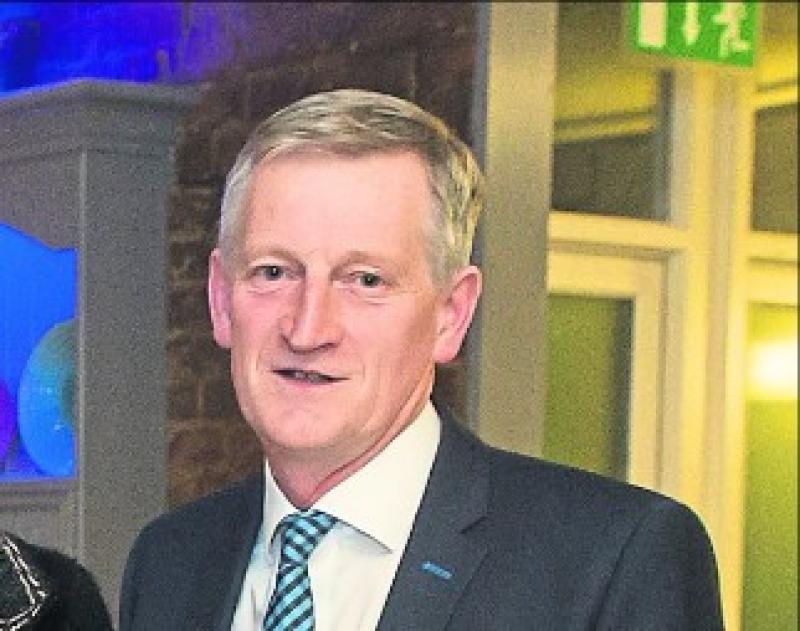 What have been described as "draconian rates" could spell the end of Kilkenny's pursuit of big games and the staging of concerts in Nowlan Park.
The county GAA grounds has the biggest seating capacity of any venue in Leinster outside of Croke Park, but apparently this could now work against the County Board under the new rates assessment scheme.
The County Board is ready to launch an appeal against the original assessment of rates for the ’Park because not only the GAA, but the local economy would suffer if Kilkenny are forced to pull back on making maximum use of the venue.
In his annual report which he will deliver to Kilkenny GAA Convention on Monday night in the O'Loughlin Gaels centre, County Board secretary, Jimmy Walsh (pictured), uses the word "draconian" to described the rates assessment on the ’Park.
"A dark shadow has been cast over the long term liquidity of the accounts with the new valuation figures for county grounds, based mainly on seating capacity," Mr Walsh fires off when tackling this sticky matter.
"With spectator comfort being a driver in Nowlan Park, the new rates will be draconian if implemented. Currently two separate areas are being pursued to seek a change; to get relief under the act 2001 Valuation and to lodge an appeal of the new valuation with the Tribunal that commences dealing with appeals in January.
"If both fail it could affect seeking big games and the occasional concert," the Windgap official suggests, adding that would impact negatively on the local economy.
"Otherwise the increase in rates will have be co-funded or shared," he warns, without elaboration.
Mr Walsh says the County Board works "on a financial knife edge" from year to year.
Accounts show the ’Board has turned a profit annually for the past decade and more, but a bad run in the National League or poor returns from local championships could plunge it into difficulty at any time.
For nearly two decades Kilkenny has been steadily increasing the seating capacity at Nowlan Park, and it is now 17,000. This drive to provide comfort for fans could now end up costing the ’Board.
Bob Dylan, Rod Stewart, Paul Simon, Andrea Bocelli and others were among the big acts who played the ’Park over the years and helped attracted hundreds of thousands of music followers to Kilkenny City, but Mr Walsh suggests this could now be a thing of the past.
In a rather off beat 'thank you', Mr Walsh extends gratitude to Prince Charles for his help in promoting the ‘Kilkenny Brand’ during the past year.
"The goal scored by Prince Charles on the pitch in the Castle also saw the Kilkenny name travel around the globe," he suggests.
He says that after reminding that the GAA is a major contributor to the ‘Kilkenny Brand’ through the exploits of hurling teams and with Nowlan Park a well-known concert venue, and it was a potential Rugby World Cup venue too.
He continues to push the case of the GAA thus: "During the year the clubs were to the forefront in the trenches when the Boundary Commission realignment and identity changes, with major financial implications for the county, was fought successfully."
This is Mr Walsh's fifth report as secretary, and he will take over the chair from Ned Quinn (Mooncoin) at Convention, but he insists the journey thus far on the Executive has been wonderfully enriching.
If asked for advice by anyone, he says, all he offers is encouragement to people to get involved in some small way in their club and community.
"There is a role for everyone no matter what skill or interest you have," he assures.
"The enjoyment and satisfaction received will surpass any other feeling. The health warning is, be careful, it can be addictive.
"However, I am led to believe the withdrawal symptoms can be difficult and prolonged," he says on the journey through a comprehensive 18 page report.