All-Stars tour: A reward for the players or what? 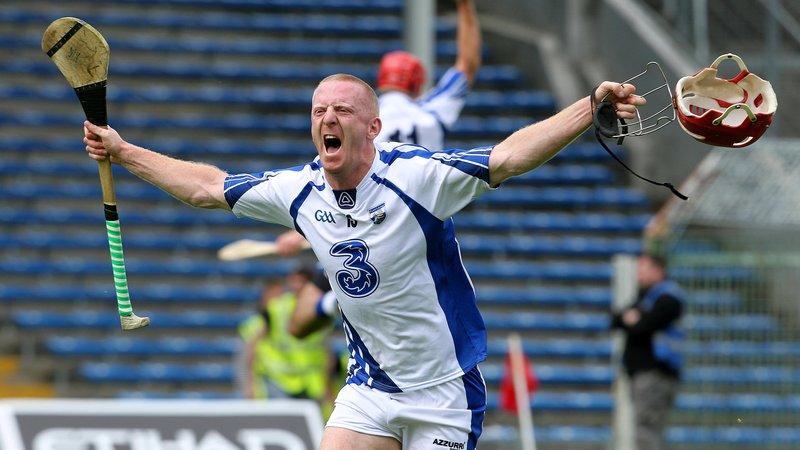 Last time I was in Singapore, John Mullane was so worried about my well-being that he insisted on accompanying me past a gaggle of lurking ladyboys to a taxi rank outside Four Floors of Whores.

Yes, you read that correctly. No, you are no hallucinating.
You know who John Mullane is. You probably have a fair idea what ladyboys are.
As for Four Floors of Whores, it’s a Singapore landmark that by day is a shopping centre and by night is, well…
Protesting to Mullane that I was perfectly capable of making it past the clutches of the ladyboys to reach a taxi, and that indeed I’d got myself out of stickier situations in the past, was superfluous.
The man simply wasn’t for stopping. He saw me safely into the taxi and off I sped.
Soft spot
I’ve had a soft spot for Mr Mullane ever since.
The All Star hurlers are off to Singapore again this week. Your correspondent won’t be joining them.
Been there, done that, guzzled the Singapore Sling in Raffles Hotel.
There’s not much else to do in the city state, bar visiting the impressive zoo and wandering around a hundred shopping centres. Not really me, that.
Good luck to them nonetheless.
It’s a long way to travel but the local GAA club will be thrilled to have them. The local GAA club always is.
Thus it was in Austin, Texas, two years ago when the All Star hurlers visited on what proved to be one of the most successful trips ever.
Fast growing city
Reckon that Austin scarcely sounds like fertile ground for a GAA club? Wrong. The reverse is the truth.
It’s the fastest growing city in the US and as home to Dell’s headquarters it’s full of Limerick people. We enjoyed being there and they were thrilled to have us.
A few years ago the rumour was that the days of All Stars junkets were coming to an end.
Opel had taken over sponsorship of the scheme from Vodafone and the GPA were on board.
Trip changed things
The sponsorship money hitherto spent on tours would, it was said, be channelled in a different direction.
It only took one trip to San Francisco to change matters.
We were in a bar there one night and the travelling officials from the GPA were enjoying themselves as much as anyone. Wait and see, I told somebody.
“The lads there will go back and tell the GPA that trips like these are the very least the players deserve after all the effort they put in.”
And lo, human nature being what it is, it came to pass.
Numerous Kilkenny hurlers of the past decade have got to travel the world with the All Stars and visit cities they otherwise might not have.
Naturally some venues were more appealing than others.
San Francisco? Too expensive and not half as cool as it likes to think.
Also, incredibly, closes down at 2am.
Austin? Great atmosphere, great music, very laidback.
Buenos Aires? Fascinating.
Shanghai? The most interesting of them all and a place I’m very glad I had the opportunity to see.
Incredible
It is a 22nd century city, oozing colonial history in the Bund on one side of the river and boasting the most incredible skyscrapers on the other side in the financial district.
Being there made one glad to realise that the likes of Glanbia and Red Mills are doing business in this burgeoning economic powerhouse of a country.
On which point, I’ve long been banging on to anyone prepared to listen that were I the Minister for Education I’d ensure that the main languages of China and India were on the syllabus here.
A word of warning to any reader likely to be in Shanghai in the near future, mind.
Travelling by taxi is essential. Problem is, many of the cabbies – clearly newly transplanted from the sticks – are illiterate.
No names, but a certain referee from Offaly who’s not unknown to Tommy Walsh found himself landed in the early hours of the morning with a taxi driver unable to read the name of the travelling party’s hotel.
It should have been a 20-minute ride. It took three hours.
Wouldn’t have happened with John Mullane there.