Enda McEvoy's recommendations for a good book this Christmas 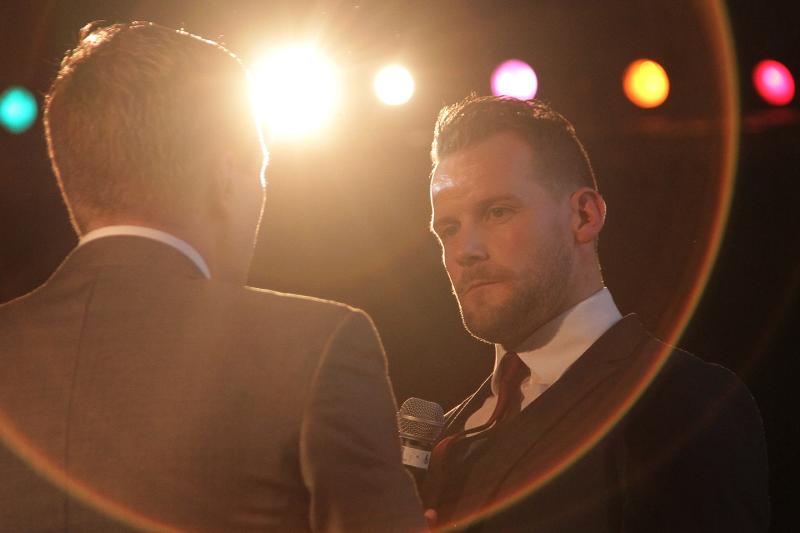 Jackie Tyrrell - he has penned a most interesting book

If you’re thinking of buying a sports book as a Christmas present but aren’t quite sure which book, take a bow. You’ve come to the right place.
Yours truly got roped into reviewing the Irish sports books of the year for a certain Sunday newspaper and is thus the go-to guy.
The 2017 pickings, mind, are slim. Out on its own by a distance is The Choice, the autobiography of Philly McMahon.
It is the story not so much of a former Dublin footballer as of a man who “grew up going to funerals” in Ballymun and eventually lost his beloved brother John to heroin. As a teenage starlet on the scene with the county, McMahon was so conscious that none of his contemporaries from other clubs had drug-addicted siblings that he changed his surname out of sheer embarrassment.
A distinctive genre of sports-misery lit has emerged in recent years, the bulk of it forgettable in the extreme. The Choice is an exception because of the tightly controlled prose, which never descends into mawkishness. It cannot be recommended strongly enough.
In view of the aforementioned slim pickings, then, how about trying to hunt down one of the classic sports books of yesteryear as a present instead?
“Yesteryear” is a misnomer, of course; classic sports books are timeless. Here are five centrepieces of the McEvoy library.
No Hurling at the Dairy Door by Billy Rackard (1996)
There was never such a team as the Wexford hurlers of the 1950s, the most fondly remembered GAA side of all time.
Fittingly their feats have yielded a substantial literary canon, the pick being Rackard’s memoir. He is illuminating on the 1954 All-Ireland final, the match that so fascinated the ancients.
To him the losing of the game was not the injury to Wexford’s full-back Nick O’Donnell but rather the inadequacy of their forwards, including his brother Nicky, who the night beforehand had “wrapped himself around a monstrous mixed grill and chips which by the next day saw him still corralled into a state of nervous indigestion”. It wouldn’t happen today.
The Club by Christy O’Connor (2010)
Such a simple idea, so brilliantly executed. That the author was goalkeeper with the St Joseph’s Doora Barefield senior hurling team and a member of the club’s committee was largely irrelevant; he could as easily have been corner-forward on a middling intermediate football team in, say, Cavan.
Thus he quarries the universal from the particular: the machinations leading up to the appointment of a new manager; the lack of action for ordinary club players; guys going drinking a couple of nights before a match. All GAA life is here.
Out of Our Skins by Liam Hayes (1992)
In which Hayes – All Ireland-winning Meath footballer and professional sportswriter - charts 10 years of his life on a team which made repeated attempts on Everest, many of which failed in circumstances that were either heartbreaking or farcical, before eventually scaling the mountain in 1987.
Along the way we get thumbnail views of Sean Boylan, Mick Lyons, Colm O’Rourke et al, plus the author’s thoughts on such matters as the rhythms of the dressing room and sex before matches (he’s not in favour). Still a fascinating read.
Over The Bar – A Personal Relationship With the GAA by Breandán Ó hEithir (1984).
A lovely book written to coincide with the Association’s centenary year. Full of lore and information on long-forgotten matches and incidents, it doubles as a snapshot of a vanished GAA world.
Ó hEithir recalls his stint in the Irish Press and is enlightening on the paper’s role in covering the seminal 1931 All-Ireland hurling final. To be savoured on a winter’s night by the fireside with a glass of whiskey.
Only A Game? by Eamon Dunphy (1976)
“A failed football club in October. A depressing place.” Very Samuel Beckett, all the more so when the club in question play at the Den and the player in question is Eamon Dunphy.
Long before Dunphy the public man there was Dunphy the scared, ageing footballer, married with two small children and eking out a precarious living in the old Second Division in 1973-74 at – oh Lordy – Millwall. An essential part of any self-respecting sports library.
Incidentally, given that I’ve already devoted two columns to it, there’s no need to mention the autobiography of a certain former Kilkenny corner-back. But one of the battalion of blondes in Stone House Books in Kieran Street informs me that said book is still selling well. Good for Jackie Tyrrell.