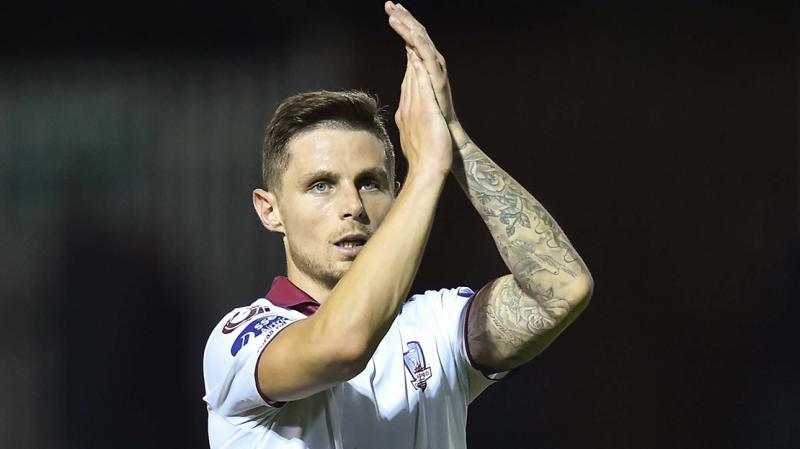 Kilkenny's Gavan Holohan has moved a little closer to home by joining Waterford FC ahead of their return to the top flight of Irish football.

Holohan becomes the 15th member of the Blues’ squad for the 2018 campaign, joining the club from Galway United. He spent four years at Hull City where he was youth team captain before moving onto Alfreton Town on loan. Returning to Ireland in 2013, Holohan went on to play for Drogheda United, Cork City and Galway in the SSE Airtricity League Premier Division.

Although he suffered heartache in 2017 as a result of the Tribesmen’s final day relegation, he made a big impression with 33 appearances in all competitions, weighing in with seven goals including a hat-trick against former club Drogheda United at Eamonn Deacy Park. His form in 2017 attracted domestic and cross channel interest but ultimately he opted for a move closer to his native Kilkenny.

"There were a few things that attracted me to Waterford," said Holohan. "I worked with Alan Reynolds at Cork and always got on really well with him. I liked how he went about things so I felt he was someone I’d like to work with again; someone who could get the best out of me.

"I’m looking forward to meeting and performing in front of the Blues' fans," he added. "I’d see myself as a creative attack minded midfielder who will be hoping to chip in with a lot of assists and goals."

Waterford FC coach Alan Reynolds was delighted to sign Holohan, reflecting on his work with him during their time at Munster rivals Cork City.

“I’m delighted that he has decided to join us and we’re happy to have a player of his experience on board ahead of the new season," said Reynolds. "He has already spent four seasons playing in the Premier Division - experience that will be invaluable for us. He is an exciting midfield player who will link the deeper lying midfielders with our front players. He has a proven eye for goal and for creating chances for team-mates; the fans will really enjoy the player we have brought on board."