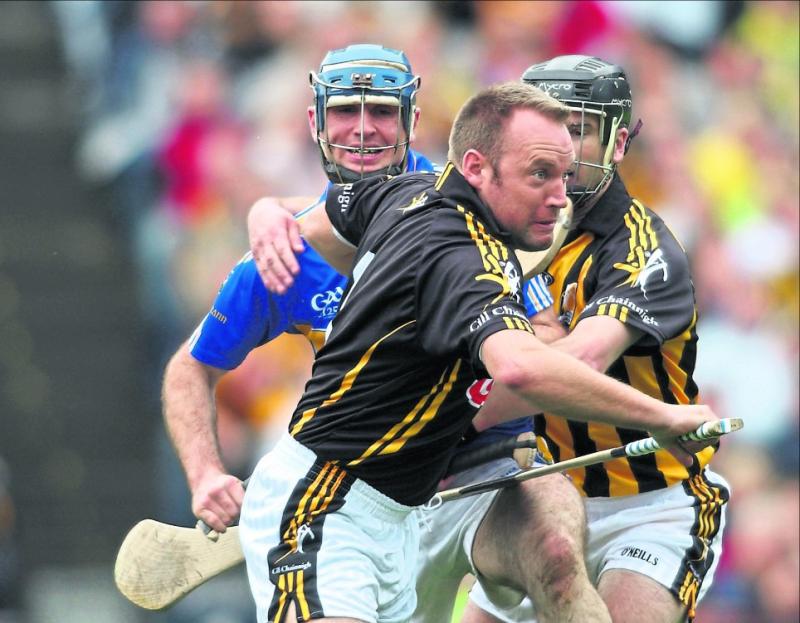 PJ Ryan in action with Kilkenny

Former Kilkenny star goalkeeper, P.J. Ryan has been appointed to the vacant position as coach in the county.
The Fenians (Johnstown) clubman will take up the new role in mid-January. The job carries the official title of Games Development Administrator.
He takes over from James Meagher (St Lachtain’s) who has moved to take up a coaching position in Clare, and he will join the county coaching team headed by Games Manager, Brián Ryan.
P.J. Ryan’s role will involve coaching in schools and with clubs in South Kilkenny, working at Cúl Camps plus the Development Squads.
However, he has been forced to quit his role as goalkeeping coach on Davy Fitzgerald’s management team in Wexford.
“I am very excited by the challenge ahead,” said P.J., who completed a BA in Sport and Exercise with the GAA in IT Carlow before earning a degree in Sports Management and coaching in IT Carlow following a fourth year of study.
“I have played all my life, so coaching is the next best thing to that,” he added.
Ryan will be coach to the Fenians intermediate hurlers next year on the management team headed by Kevin Power and involving selectors, J.P. Grehan and Alan Behan.
He won seven senior All-Irelands during a glittering career with Kilkenny between 1999 to 2012, and he was man of the match in the 2009 final.
Meanwhile, senior hurling champions, Dicksboro have nominated Cillian Buckley as Kilkenny captain for 2018.