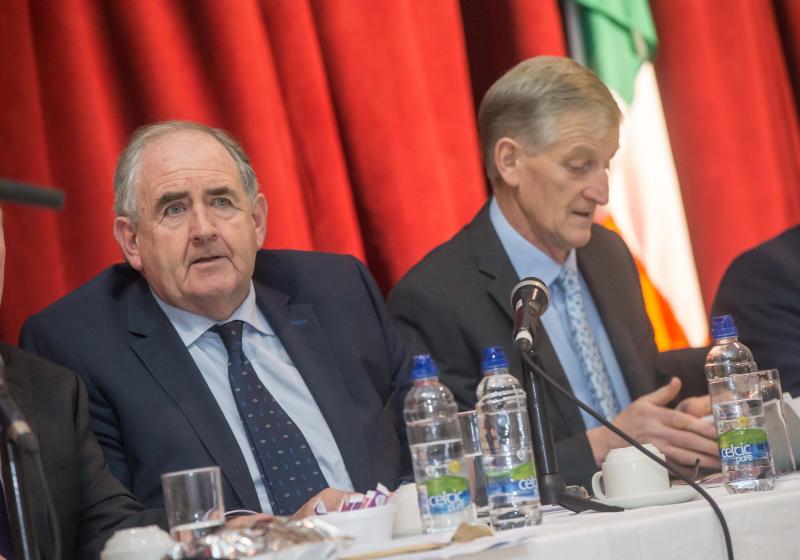 There were a number of initiatives introduced regarding the selection of Development Squads in Kilkenny this year, and further changes were on the way, Ned Quinn revealed.
The need to embrace new methods in the area of coaching and the physical preparation of young players were important in the county's efforts to remain competitive in the various age grades and to ensure players were properly prepared when moving on to adult level, Mr Quinn felt.
And the county's new Central Council representative continued: "Our Squads competed well in hurling and football competitions this year with the outstanding performance being that of the under-16 team in the Arrrabawn tournament.
"I extend thanks to the voluntary coaches who worked with the squads, and to the parents who provided transport. Special thanks also to Joe Pyke for his outstanding contribution."
This year the ’Board approved the appointment of Sean Kelly as Performance Games Development Administrator.
"Sean possesses outstanding qualifications for this role," Ned Quinn felt.
"He has already commenced work with second level schools and with Development Squads. Sean will also be available to advise and upskill club coaches.
"I am confident his appointment will prove very beneficial in the years ahead," insisted the vastly experienced officer.
Court case
Mr Quinn said that following on from a much publicised high profile court case this year the GAA’s safeguarding procedures, and in particular the Code of Best Practice, were closely scrutinised.
"Our Code highlights three mandatory requirements that must be applied before coaches are allowed to commence working with underage players," he said when he expanded on the issue during his annual address to Convention.
"They must have attended the Gaelic Games Child Safeguarding Workshop. They must be satisfactorily vetted. They must possess a minimum GAA Coaching Qualification.
"Furthermore," he continued, "it is advised that anyone at either county or club level who has a ‘Role of Responsibility’ and who engages with children should complete Garda Vetting and safeguarding training.
“Further changes to the law in this area are imminent, and clubs should ensure that these changes are implemented for the protection of all involved."
He recalled that at Congress four years ago a motion requiring County Boards and clubs to set up a Health and Wellbeing Committees was passed with the role of the Health and Wellbeing Officer replacing that of the ASAP officer.
"In 2014 our ’Board formed its own Health and Wellbeing Committee which focussed on the areas of depression and suicide," Mr Quinn reminded.
"Clubs were provided with the contact numbers of the various agencies who could assist them with these issues.
"In the following years various other initiatives were undertaken and just recently a very successful seminar was held in St Kieran’s College. I extend thanks to chairperson, Joan Murphy, Children’s Officer Caroline Clifford and to the each member of this committee.
"To further assist in the area of health and wellness the GAA has launched the Healthy Club initiative. I congratulate Clara on becoming the first club in our county to win this award," he said.