Kilkenny hurling: Michael Fennelly was not only a top hurler, he was a great leader 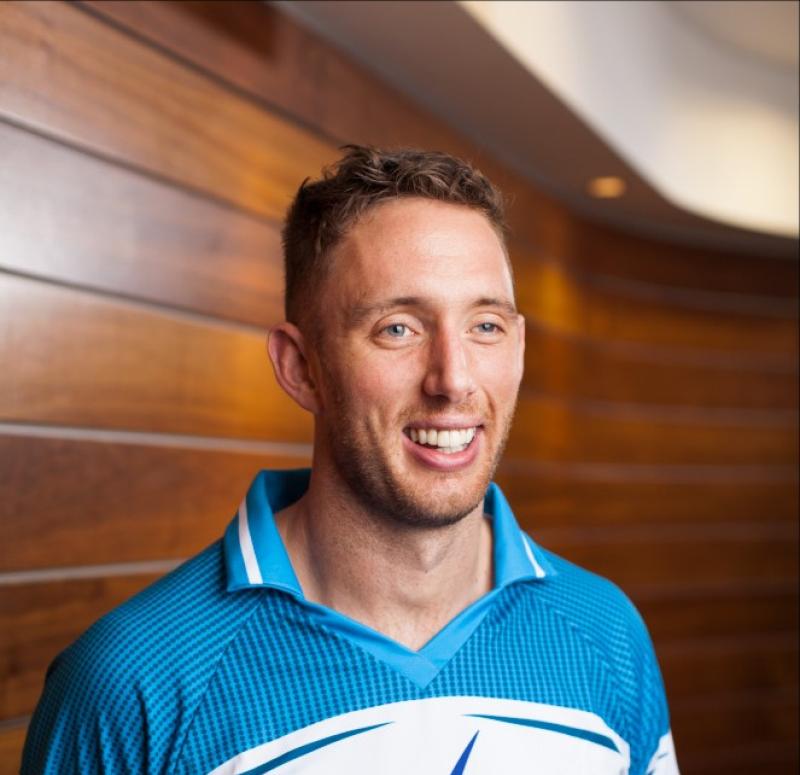 Three vignettes concerning Michael Fennelly, that man built like an oil rig made of Ming pottery and Kilkenny’s most important hurler of the decade.
The first occurred with him on the field of play, the second and third without him. The latter pair of vignettes illustrate his influence perhaps even more vividly than the first one does. You don’t miss the water…
We start at Croke Park, approaching half-time in the 2011 All-Ireland final. Kilkenny had done most of the hurling without managing to demonstrate their superiority in the one place it mattered most. They needed to be going in at the interval with something tangible in the bank to show for themselves.
They received it when Henry Shefflin took a short lineball under the Cusack Stand, Richie Hogan turned with the sliotar and there, charging through from deep to take the handpass in a patently and painstakingly rehearsed gambit, was Michael Fennelly. He didn’t unleash a bullet or try to bust the net. Instead he opted for placing and with a precision-guided left-handed sweep of a stroke angled the sliotar low past Brendan Cummins into the far corner of the net.
The goal sent the challengers to the dressing rooms 1-8 to 0-6 ahead, a lead that didn’t flatter them in the slightest and one they would never lose thereafter.
Scene two: Tullamore three months earlier for the Leinster semi-final. With seven minutes remaining the men in stripes led Galway by ten points. But Fennelly wasn’t playing and in his absence there was no big dog on the porch. Those closing seven minutes saw Galway go straight through the Kilkenny defence for a short cut to snatch a scarcely believable draw.
And scene three. An obvious one. The 2016 All-Ireland final. Having done his cruciate in the second half of the replayed semi-final against Waterford, there was no Fennelly to either make inroads into the Tipperary defence and turn their half-back line or to lie back on top of his own half-back line and thereby act as a compressing agent, with the half-backs in turn falling 20 metres back on top of the full-back line. Upshot: an unharried Tipp half-back line stuffed Seamus Callanan with clean ball and waiter service, he had acres of space in which to do damage and he duly wreaked havoc.
The only surprise about Fennelly’s retirement announcement was the surprise with which some people greeted it. Suggestions that he might have stayed on, with Kilkenny employing him on an occasional basis this season, were nonsensical. It’s a relief for the man himself that he has retired and it’s constructive for Kilkenny. For him to hang in there indefinitely would have constituted a distraction and a sideshow.
Highlights Reel
So treasure his highlights reel, which shimmers with big moments. The two goals, both of them again the product of rampages from deep, that decided the 2013 National League final against Tipperary at Nowlan Park. The copious assists in the 2014 All-Ireland final and replay, when he provided the bullets for no fewer than four of Kilkenny’s five goals. The missile from the Hogan Stand touchline that led to T.J. Reid’s goal in the 2015 All-Ireland semi-final versus Waterford and the concluding point in the final against Galway.
Fennelly was not so much the tip of the spear as the snarling animal head on the face of the battering ram, a contemporary wrecking ball who in physical terms walked straight out of misty history. He was a throwback to the great Wexford team of the 1950s, those legendary men who Fr Tommy Maher warned his Kilkenny players before the 1957 Leinster final “not to let stand over the ball” – for otherwise they’d get it into their hand, after which there’d be no stopping them. Sound familiar?
In leadership terms Fennelly took up where Henry Shefflin left off. How lucky Kilkenny were to have the pair of them; how preposterously lucky Ballyhale Shamrocks were to have the pair of them. And like Henry, and indeed like Brian Hogan, he became more important the longer he was a fixture in stripes. A hundred years ago in Flanders he’d have been the first man out of the trenches and over the top.
The midfield pairing on the Best Kilkenny XV of the 20th Century was Lory Meagher and Frank Cummins. The midfield pairing on the Best Kilkenny XV of the 21st Century will be Michael Fennelly and AN Other.
A premature judgement? Not in the least.