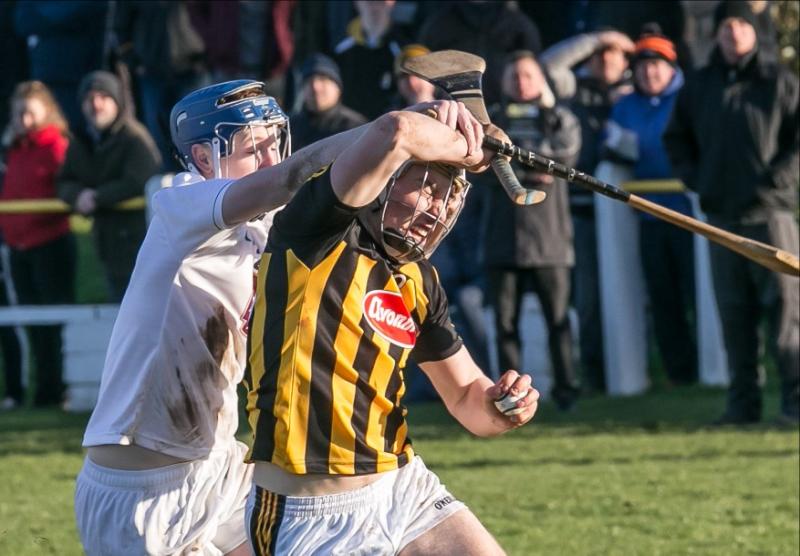 Liam Blanchfield would be hoping to make the team against Cork

Once more unto the breach, and all that jazz. Next weekend Brian Cody embarks on his 20th NHL campaign as a manager.
If you’re set to celebrate your 21st birthday next year he’s been Kilkenny boss for all your life. If you’re set to celebrate your 40th birthday next year, or alternatively set to pretend it’s simply not happening, he’s been Kilkenny boss for half your life.

If you’re in your late 70s he’s been Kilkenny boss for a quarter of your life. Staggering.
Age has not yet withered him and has no appearance of doing so any time soon. Nor has it dimmed the celestial fire, judging by his irritated banishment to the stand at Nowlan Park last Saturday. Much though it may seem otherwise to the outsider or casual observer, however, the great man’s time in the hot seat has been no straight-line journey.
There have been blind alleys and cul de sacs. There have been crossroads. There have been periods spent trudging uphill as well as years spent freewheeling downhill. He has won All-Irelands with brilliant teams, he has won All-Irelands with very good teams and in 2014-15 he won All-Irelands by dint of the depth of his panel and the experience of his players.
Now he’s arrived at yet another crossroads.
New Direction
He arrived at such a junction after the 2001 All-Ireland semi-final. His determination to raise standards and keep them raised, combined with the quality of player at his disposal, meant the new direction became a signal success.
He returned to a similar place for pause after the 2005 All-Ireland semi-final. This time that same unconquerable determination, now allied to the fresh thinking of Mick Dempsey and Martin Fogarty and the emergence of a golden group of talented youngsters who were in the process of winning three All-Ireland under-21 titles in the 2003-06 period, led to the four in a row.
Clare’s MacCarthy Cup triumph in 2013 brought another apparent crossroads. The victories of 2014 and ’15 ensued, victories obtained due to the presence of the remaining long-serving members of his Household Guard. Their departure leaves him at an entirely new kind of crossroads.
Cody has been a manager for the ages in a time of plenty. Now he faces the task of demonstrating he can be a brilliant, or at least a competent and imaginative, manager in lean times. The theorists have a term for it. Situational management.
That he has to press ahead with a bunch of players who are no golden generation is not necessarily a bad thing. At the very least there won’t be a burden of expectation on them. But Jackie Tyrrell’s book serves as a warning. Cody cannot alienate players or leave them swinging in the wind. The era of the big stick is gone.
Consider what Eddie Brennan said on the same subject in an interview last year.
“I’ve had one-to-one conversations with him about areas that I needed to work on, but there was a time in 2006 when I felt very alienated from the management. Things weren’t going well for me and I realised, ‘No one here is going to do it for you, you’re going to have to do it on your own.’
Irresistible
“I just made myself so irresistible that they had to play me. I was, ‘Right, I’m not going to be dependent on other lads to throw me out a ball, I’m going to have to go and get it myself.’ And that was a light-bulb moment for me. But I’ve looked at it since as a coach and said, ‘Could the boys have handled me better?’ And I feel they could have.”
Obliged once more to create leaders from scratch, Cody needs time and deserves to receive it. For once, no accusations will be flung his way in the event of a lack of silverware in 2018. Kilkenny don’t have to win the National League, although being relegated is not an option. They don’t have to win the Leinster title; Galway will likely do that with something to spare. And they certainly don’t have to win the All-Ireland.
All they have to achieve is one simple thing. Finish 2018 in a better place to where they started it.
The latest leg of the ceaseless journey begins next Saturday in Cork. It may get bumpy. Buckle up.