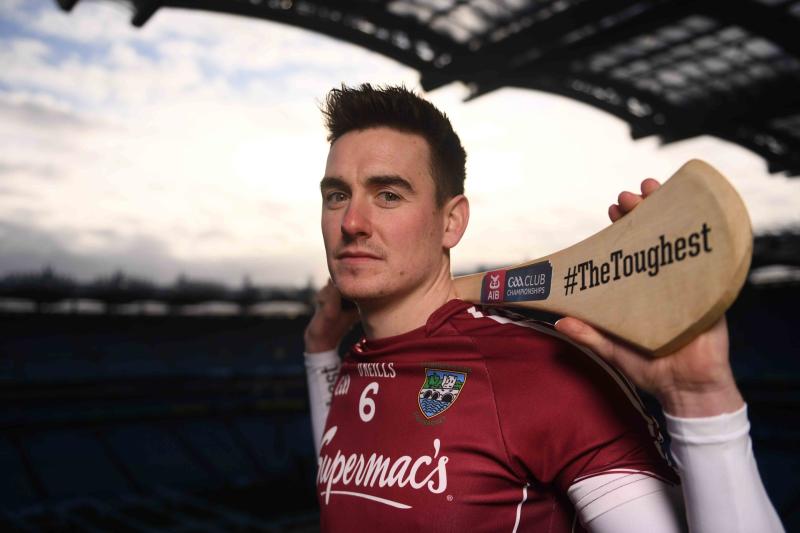 Stephen Staunton is a long way from standing outside a nightclub in Canada enduring minus-48 degree temperatures.

The building trade took the St Patrick's (Ballyragget) captain to Edmonton and the building sites for three years, which he counts as a great experience.

But there’s no comparing the Maple Leaf country and Ireland, or moreso the appeal of national sports ice hockey versus hurling.

Staunton was part of the side that lifted the AIB All-Ireland junior club title in 2012 — beating Charleville of Cork — and he’s now back as captain for their intermediate decider with Kanturk this Sunday.

“In 2012 we won the Junior All-Ireland. I was corner-back wearing number four and it was just surreal I suppose.

“Going up the Hogan Stand is every young lad’s dream, and I suppose it's a bit different this time getting to be a captain of the team, and I just remember looking out on the pitch, and it being surreal walking up the steps.”

It’s not lost on Staunton how fortune he is that his time away from Ireland slotted neatly between two hugely successful runs to Croke Park.

“I was a builder because my dad is a builder, and I recently started a new job as a civil engineer. I'm only home for two years, I was away for three years in Canada working.

"It was tough work on the building sites in Edmonton and it was hardship more than anything. It was a great experience though, and I'd advise it to anyone.

"The weather was very harsh and I remember one night we stood outside a nightclub and the temperature was minus-48, very severe weather. Summertime then was 38 degrees and I wouldn't have the best skin so I was burnt to a crisp!

"I’ve only just come back so this is a big thing for me to come home and being given a chance to captain the club especially to an All-Ireland final. That’s huge.”

Ballyragget’s Stephen Staunton was speaking ahead of the AIB GAA All-Ireland Intermediate Hurling Club final. The Kilkenny club will take on Cork's Kanturk in Croke Park this Sunday. For exclusive content and behind the scenes action throughout the AIB GAA & Camogie Club Championships follow AIB GAA on Facebook, Twitter, Instagram and Snapchat.