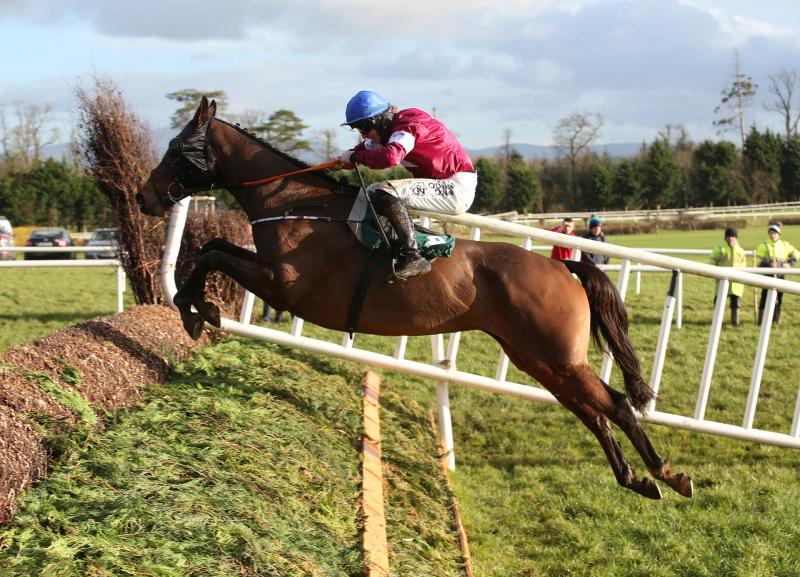 Gordon Elliott’s seven-year-old could return to the scene of his beginners chase victory to contest the valuable €100,000 feature contest ahead of a possible tilt at the BoyleSports Irish Grand National.

"We have left six in the inaugural Boylesports Grand National Trial at Punchestown and Monbeg Notorious would be a possible runner," said Elliott. "He hasn’t done much since Gowran Park, but seems to be in good form and he is a horse with options so we’ll see how he is later in the week but the trip and the ground would suit him at Punchestown and it’s a very nice prize. I’d expect that we’ll be well represented in the race."

Cheltenham Festival winner Mall Dini is another stand out entry in what looks set to be a vintage renewal of the race and Pat Kelly’s charge is expected to line up ahead of a trip back to Cheltenham next month.

Last years winner Baie Des Iles is set to return for another crack at the BoyleSports Grand National Trial after running out an impressive winner of the race 12-months ago for the husband and wife team of Ross O’Sullivan and Katie Walsh.

"Baie Des Iles is in very good form and I’m happy with her," said O'Sullivan. "She won the race last year and the conditions look like being very similar this Sunday so I’m looking forward to it. It was a €50,000 race last year and it is worth €100,000 now so it looks set to be a tougher assignment but she had a nice run at Limerick over Christmas over a trip shorter than ideal and she seems to love Punchestown as she has won there twice now at this time of year."

Boylesports Head of Communications, Leon Blanche is looking forward to another exciting sponsorship at the home of Irish jump racing. "The inaugural Boylesports Grand National Trial at Punchestown is set to be a cracking contest and with the enhanced prize fund of €100,000 from €50,000, we are expecting a fantastic line up," he said. "As Ireland’s largest independent bookmaker, we are delighted to be teaming up with Punchestown once again in this new sponsorship of what is sure be a key indicator for the BoyleSports Irish Grand National on Easter Monday."

Punchestown host a seven race card on Sunday which also features the P.P Hogan Memorial Cross Country Chase with Punchestown specialist Mtada Supreme among the entries which also features a strong representation from 'King of the Banks' Enda Bolger who has Auvergnat, Blue Templar, Cantlow, Josies Orders and My Hometown in the race.

Some big names from the point-to-point world are set to line up in the www.punchestown.com Hunters Chase with household names Gilgamboa and Foxrock set to renew their rivalry, while last season's champion point-to-pointer, Ourmanmassini, is also among the entries.

Racing at Punchestown on Sunday gets underway at 1.40pm. The feature BoyleSports National Trial goes to post at 4.20pm.