Colleges hurling semis: St Kieran's and Kilkenny CBS could end up facing each other in final 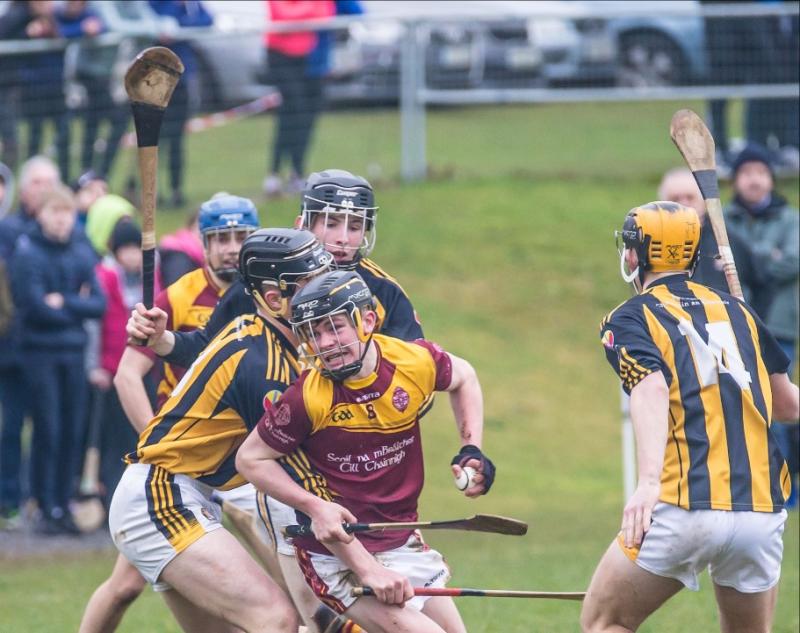 Shane Staunton (centre) has been playing well for Kilkenny CBS

On Saturday two traditional Kilkenny powerhouses will line up in semi-finals when St Kieran’s College and Kilkenny CBS aim to win through to another Leinster colleges senior hurling final.

The CBS will be in action against Dublin North in the Laois GAA training centre (2pm) while Leinster league champions, St Kieran's College will face St Peter's College, Wexford in St Patrick's Park, Enniscorthy (1pm).
Both Kilkenny schools have every reason to be optimistic of making it through, but they can take nothing for granted.
The CBS have grown stronger as the season has progressed. After a somewhat disappointing Leinster League campaign during which they won one game out of three, their performances have picked up in the championship.
They brought their local rivals, St Kieran’s to extra time in the second round-robin game, coming out on the wrong side of a 0-16 to 0-12 scoreline. However, the new format allows every team a second chance.
The CBS duly took it in the championship quarter-final, defeating Castlecomer Community School by nine points. Conor Drennan (Galmoy) was their main man, and Conor Heary (O’Loughlin Gaels) was a star too. The Galmoy clubman the one who kept the scoreboard constantly ticking over.
The CBS come up against a fine Dublin North outfit who gained automatic passage through to the semi-finals after two hard fought wins over Good Counsel College (New Ross) and Borris Vocational School.
It certainly promises to be a game of high quality with little between the teams.
So far it has been mainly plain sailing for the black and white hooped boys of St Kieran’s. Undefeated throughout league and championship, they had to go to the well in the round robin stage.

They were brought to extra time against Castlecomer CS and Kilkenny CBS before they got through.
They captured the provincial League title in December, defeating Borris VS by seven points in the final.
With key players such as Adrian Mullen, Eoin Cody (both Ballyhale Shamrocks) and Daithí Barron (Thomastown) fit and firing on all cylinders, they’ll be hoping to reach a ninth successive Corn Uí Dhúill final.
Standing in their way are St Peter’s. The Wexford school were dispatched with ease, beaten by 1-25 to 1-7, in the League but momentum is certainly with them at present.
Led by Adam Cantwell and Jack Devereaux, they scored a comfortable win over local rivals, Good Counsel (New Ross) before a narrow one point victory over League finalists, Borris VS, earned them the ticket into the semis.
They will bring plenty of passion and no little skill to the contest, so Kieran’s must be on top form if they want to progress.