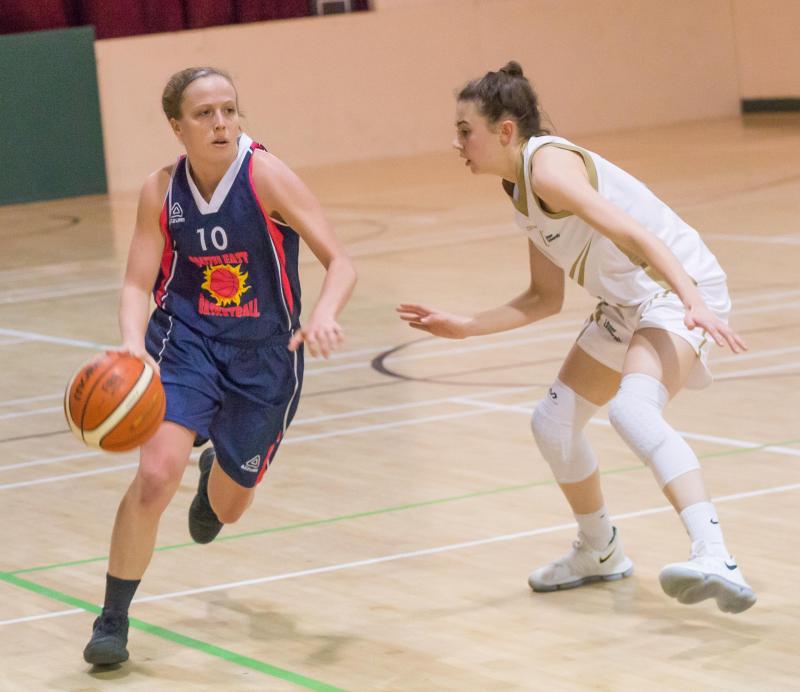 A club formed after a quick meeting in a car park will fly with the stars in the ladies National Basketball League next season.
The Marble City Hawks, a club founded in 2015, won Division One of the national league at the weekend to become the first Kilkenny side to earn the right to play in the Super League, the top grade in Ireland.
“It was a great achievement by the girls,” enthused thrilled coach and a driving force behind the effort, Julian O’Keeffe, reminding that the title was won with two matches still to play.
"The girls deserve this," he added. "They stuck with it during difficult times."
Now, he insisted, a huge challenge lay ahead as the Hawks get ready to soar with the high fliers and against sides with big budgets and top professionals.
"The biggest challenge we face now, and I am being completely honest, is to keep this going," explained city man Julian, a Level 1 coach, who is joined on the bench by assistant coach, David Clerkin.

Won't be easy
"It won’t be easy financially. Next year our aim will be to try and stay in the Super League."
Not only will opponents be better, but the expense of keeping the show on the road for the 16 game (8 at home) league programme - plus cup matches - will jump too.
The really strong clubs like Glanmire (Cork), Liffey Celtic, DCU and Killester are all big budget operations, but the Hawks are determined to have a right go.
An attempt was made before to make it in the National League, but Kilkenny weren’t ready and the effort failed.
Then one warm June Sunday afternoon in 2015 after a meeting in the car park of the Springhill Hotel - people were rushing to different engagements so it was brief - the Marble City Hawks club was founded.
Fourteen or fifteen players showed interest, and the squad was assembled with local players from clubs like Thomastown, St Patrick’s and Kilkenny Warriors.
Current players Aine Sheehy, Claire Kelly, Philomena Fogarty, Anne Prendergast and Sheila Sheehan are survivors from the initial squad.
“The local girls were fantastic,” Julian insisted. “Every year they learned, got better and began to understand the game more.
“Then last year we got a huge boost when Kelly O’Hallahan (New Zealand) and Katie Fox (US) joined. They gave everyone a massive lift. Their energy, skill and commitment helped drive things on.”
Agenda
Julian admitted that fund-raising would be big on the agenda during the close season.
The club had no money at the start, but friends offered sponsorship. The girls made sacrifices, organised table quiz, raffles and whatever to help make up the shortfall.
“The climb has been a lot quicker than expected,” Julain reminded. “Initially we were losing by 30 points and more, but the girls stuck with it. Now they have earned a well-deserved reward.”