Allianz Hurling League: Kilkenny aiming for first win as round three could decide on some quarter-final places 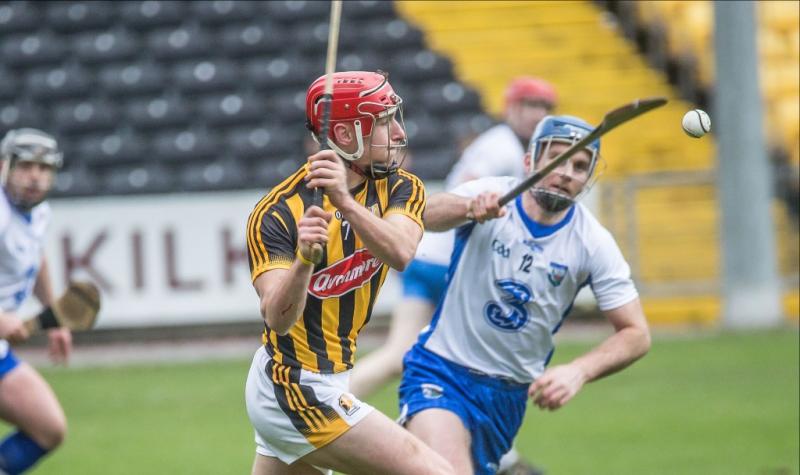 Cillian Buckley in action for Kilkenny against Waterford in last year's NHL clash. The sides meet again this Sunday

With only two more rounds remaining after that, the tables will be quite informative next Sunday evening, especially in 1A and 1B, where some counties could have booked places in the quarter-finals.

ALLIANZ HURLING LEAGUE DIVISION 1A: CLARE AND WEXFORD CLOSING IN ON KNOCKOUT PLACES

Only two teams are on full points after two rounds of action, Clare and Wexford are closing in on guaranteeing themselves a place in the quarter-finals. Wexford travel to Thurles on Saturday night to take on Tipperary, who have won one of two games.

The counties last met in the Allianz Hurling League in last year’s semi-final when Tipperary won by 5-18 to 1-19 on a day when the McGrath brothers, John and Noel scored 2-2 each for the winners. That was the first Tipp-Wexford clash in the Allianz League since 2011.

With wins over Tipperary and Kilkenny behind them, Clare will be in a confident mood when they host Cork (one win, one defeat) in Ennison Sunday.  Cork beat Clare twice last year, winning the Allianz Hurling Division 1A game by 0-21 to 1-11 before repeating the success (1-25 to 1-20) in the Munster final.

Neither Waterford nor Kilkenny have taken a point so far in this campaign, which makes their clash in Walsh Park very important for both. Waterford are seeking their third successive Allianz League win over Kilkenny, having won by four points in 2016 and by a point last year. Waterford also beat Kilkenny after extra-time (4-23 to 2-22) in last year’s All-Ireland qualifiers.

ALLIANZ HURLING LEAGUE DIVISION 1B:  GALWAY AND LIMERICK LIVING UP TO FAVURITES’ TAG

With full points from their first two games, Galway and Limerick lead the way as the campaign heads for Round 3. Limerick will be at home to Dublin (one win, one defeat) on Saturday night in what will be the first Allianz Hurling League clash between the counties since 2016 when the Shannonsiders won a quarter-final by two points. They also met in the 2015 quarter-final when Limerick won by 12 points.

Offaly have started this year’s Allianz League with an impressive win over Dublin but were well beaten by Limerick in Round 2.

Laois and Antrim, both of whom have lost their first two games, are in relegation trouble as they prepare for their clash on Saturday night. They meet in the Allianz League for the first time since 2015 when Laois won a group game in 1B before repeating the success in a relegation play-off.

The clash of Meath and Westmeath will be the weekend highlight in this group, as both have won their opening two Allianz League games.  They are close too in scoring difference (Meath +13 pts; Westmeath +10 pts).

Meath are bidding to achieve successive promotions this year, having won the Allianz Hurling League Division 2B last year. The counties did not meet in last year’s Allianz League but fought out a close encounter in the Leinster championship, which Westmeath won by two points.

Kerry and Carlow (one win from two games each) will be trying to get back in the promotion race when face ‘away’ assignments against the bottom pair, Kildare and London respectively.

ALLIANZ HURLING LEAGUE DIVISION 2B: DOWN AND MAYO LEADING THE WAY

Wicklow and Donegal (one win each from two games) will be trying to stay in the promotion mix when they meet in Aughrim.

ALLIANZ HURLING LEAGUE DIVISION 3A: WARWICKSHIRE AIM FOR THIRD WIN IN A ROW

Warwickshire are bidding to make it three wins from three games as they prepare for the trip to Louth (one win from two) while Roscommon and Monaghan, both whom are on three points have home advantage as they continue their drive for a top two finish.

Wins over Fermanagh and Leitrim have left Lancashire leading the way on four points, one ahead of Sligo and Leitrim. With home advantage on Sunday, Lancashire will be fancied to remain at the head of affairs against Cavan who lost their opening Allianz League game to Sligo by 21 points. Fermanagh are looking for their first win of the Allianz League campaign against a Leitrim team that has won one of two so far.