Hurling League: Kilkenny and Tipp game expected to be the biggest crowd puller 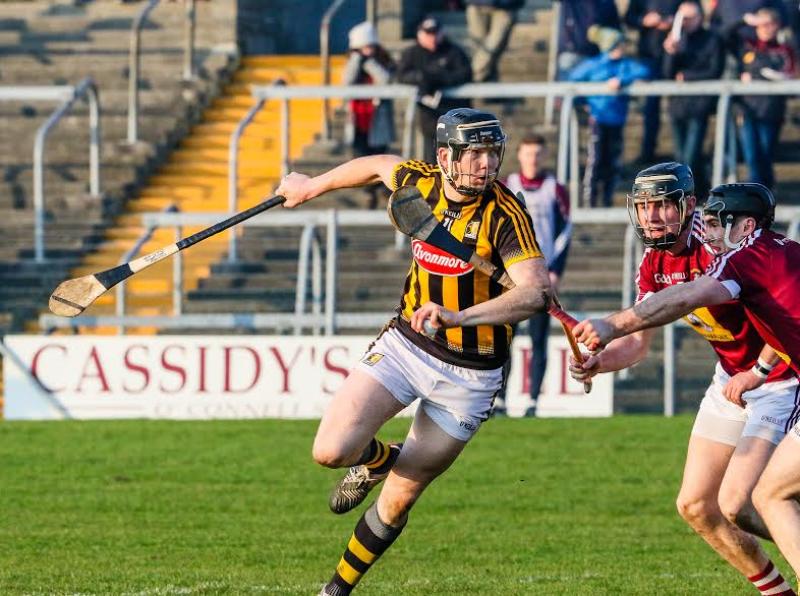 Walter Walsh is a strong leader in the Kilkenny attack

It’s Round 4 this weekend in the Allianz Hurling League, and there are several fascinating contests set across a busy programme.
Division 1A of the League has an especially attractive series of games, which will have a major impact on the complexion of the top division ahead of the final round of fixtures.
It was always going to be an extremely competitive group, and it is living up to expectations heading into the second last round on Sunday.
Clare are the only county on full points (6), while Waterford are the only ones with no points in a six team group. Tipperary and Wexford are on four points, with Kilkenny and Cork on two each.
Sunday (2pm) - Kilkenny v Tipperary, Nowlan Park; Wexford v Clare, Innovate Park 3pm Cork v Waterford, Pairc Ui Chaoimh.
Kilkenny versus Tipperary in Nowlan Park is expected to draw the biggest crowd of the day. Kilkenny got their first win of the campaign against Waterford last Sunday while Tipperary have beaten Waterford and Wexford and lost to Clare.
The sides drew (Tipperary 2-17; Kilkenny 3-14) in last year’s Allianz League.
The Wexford/Clare clash will be fascinating as it pits Davy Fitzgerald against many of the Banner team he led to All-Ireland glory in 2013.
Ironically, it was Wexford who ended Clare’s reign as All-Ireland champions, winning a 2014 qualifier replay after extra-time in Innovate Wexford Park. The last League clash between the counties was in 2016 when Clare won a 1B tie by 0-18 to 1-11.
Cork won their first game, beating Kilkenny but have since lost to Wexford and Clare. That run of results left them in second last place (on scoring difference) as they prepare to host Waterford, who are bottom of the table after defeats by Wexford, Tipperary and Kilkenny.
Cork have yet to concede a goal (0-68) but they still have the fifth highest giveaway rate, four points better off than Waterford, who have returned the lowest total score (2-42).