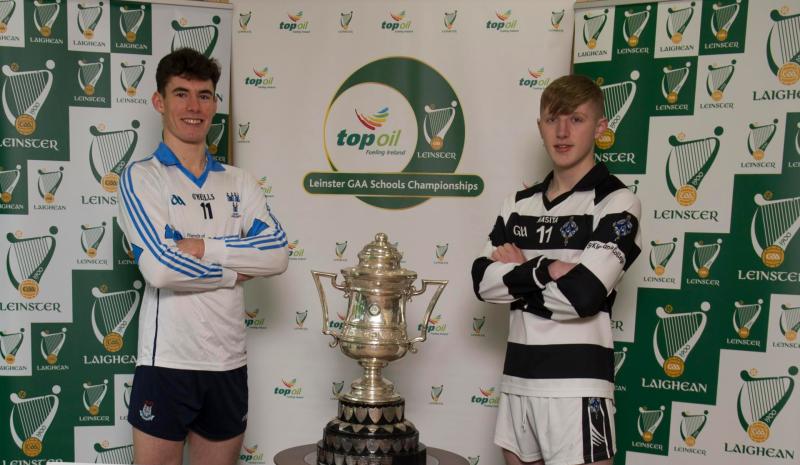 Two Kilkenny City schools will continue their quest for colleges hurling honours this week.
Tomorrow (Thursday), defending champions St Kieran’s College will take on Dublin North in what promises to be a rip-roaring Leinster post primary schools senior hurling Roinn A final in Netwatch Cullen Park, Carlow (2pm).
Today (Wednesday) Kilkenny CBS and St Peter’s College, Wexford, the beaten semi-finalists in the province, will do battle in the All-Ireland senior hurling championship quarter-final play-off in Waterford IT (2pm) as both pursue their ambitions for All-Ireland honours.
St Kieran’s are chasing a 56th title in Leinster. They won the championship during the past three seasons, and on Thursday they will also be out to complete the Leinster League/Championship double.
Dublin North have never won this title, but a combined Dublin Colleges squad captured the honours for the capital twice, in 2001 and 2008.
This is a huge opportunity for Dublin North, who scored a good 3-12 to 0-18 win over Kilkenny CBS in the semi-final.
However, as a combined team the Dubs cannot advance to the All-Ireland series, so a win in Leinster would be huge for them.
The Dubs are a big, good hurling outfit who have the knack of snapping up goal chances. Centre-forward Lee Gannon created two of the goals that were taken by Conor Berrigan, Cian Derwin and Billy Ryan, the latter pair each side of the break that all but broke the CBS.
The Dubs are strong down the middle, with Andrew Dunphy, Kevin Burke, Michael Murphy, Sean Foran, Gannon and Sean Currie all class performers.
The challengers have a good spirit going. They will take stopping.
St Kieran’s also beat the CBS, plus Castlecomer Community School and St Peter’s College, Wexford, the latter in the semi-final.
Team officials Tom Hogan, Philip and Michael Walsh openly admit the squad is taking a while to stretch its wings, but it is getting there.
They were able to report progress all the way, with Diarmuid Phelan, Luke Murphy, Killian Egan, Eoin O’Shea, James Young, Adrian Mullen, Conor Murphy, Jesse Roberts and team skipper, Daithi Barron their stand out players to date.
Tradition is very much on the side of St Kieran’s. This squad is very capable and has buckets of talent.
Further improvement will be the minimum requirement if they are to succeed this time.
Meanwhile, free takers Conor Drennan (CBS) and Ross Banville (St Peter’s) could be the key men in the All-Ireland quarter-final.
This pair have enjoyed a great strike rate to date in the championship, and given chances they will take them.
If the CBS can get just a little more from each of their attackers to help Drennan, then they could easily sneak into the semi-finals.
The margin between the teams is that tight.