Who knows, maybe League match against Waterford was bright new beginning for Kilkenny 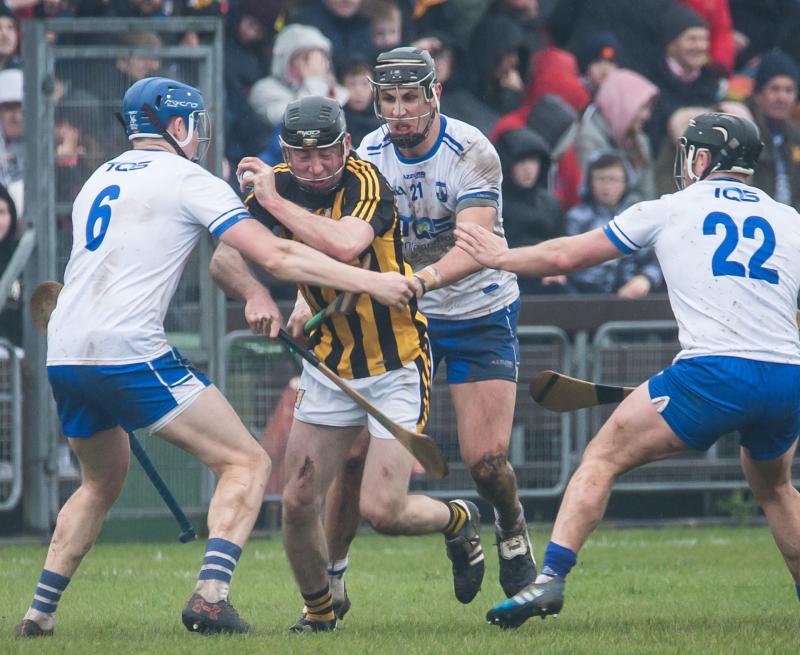 Maybe Kilkenny’s season started in earnest at Walsh Park on Sunday. Maybe.
A first brace of points in the National League, the first time they’d put two good halves of hurling together and the victory gilded by some impressive showings by a flock of newer faces.
Viewing it in that light, it sounds churlish to be scrabbling for caveats after such a comprehensive and necessary success. But it shouldn’t be overlooked that while the winners were sharper and hungrier, they had to be. They were the team in full-on reconstruction mode, the team for whom the 2018 National League contains meaning.
For Waterford the 2018 National League is not a forum for making statements. It is a competition to be endured before the serious stuff starts in May and on Sunday it showed. A number of spectators observed afterwards how bulky many of Derek McGrath’s players looked, as if in the throes of a heavy gym programme, and in the first half they were patently going through the motions.
For the first 20 minutes the hosts had only one forward, Maurice Shanahan, within 50 metres of the opposition posts. Not until the second half did they choose to deploy a two-man full-forward line. Put simply, they failed – or opted not – to put pressure on the Kilkenny defence. Paddy Deegan spent the first few minutes of proceedings 50 metres out the field, attacking and clearing every ball he could lay his hands on. Had he been playing Tipperary or Galway or Cork he’d have been 30 metres closer to his own goal and playing on the turn instead of coming to the sliotar.
Even when Tipperary or Galway are off colour they pack dynamite in the forward line. When Waterford are off-colour, as was the case here, they don’t pose similar questions because they’re not built for all-out attack.
Still, Kilkenny could only beat what was put in front of them and they did the job smoothly. They built thoughtfully from the back, with Cillian Buckley orchestrating things, and they went short and sideways instead of going long: the correct way to deconstruct a team with a sweeper. What’s more, the return of T.J. Reid took the heat off Walter Walsh up front.
In view of the conditions – and credit to the management for having Richie Leahy sit out this one – their six-point interval advantage looked a healthy one. Thus it proved. Although Waterford would pare it back to three with 14 minutes elapsed in the new half, Reid’s goal put the game to bed and Eoin Murphy made assurance doubly sure with his save from Stephen Bennett’s penalty, an effort so weakly hit that Murphy could have lit up a cigar while waiting for the sliotar to reach him.
Murphy’s mistake for Clare’s second goal a fortnight ago indicated that he was mortal. Everything else he has done for Kilkenny indicates that he’s one of the best goalkeepers the county has ever produced.
The other successes on Sunday?

Debate
Martin Keoghan was foremost among them with his five points to add to his two points versus Clare. It’s a matter of debate – it was up until very recently at any rate – as to the Tullaroan man’s best position. After the three games to date it’s not overdoing it to posit that, barring form loss or injury, he’ll be wearing the number 10 jersey at Parnell Park on the first championship weekend in May. Kilkenny’s biggest problem last summer was their inability to hit points from play. Keoghan already looks like part of the solution.
Kudos too to Pat Lyng, who did a manful and thankless job as the link man between defence and attack, and to Conor Delaney, who looked as though he’d been wearing the stripes all his life. And the redeployment of Liam Blanchfield, who occupied a berth on the left side of midfield once he settled into the game, was interesting. In view of his difficulties to date in protecting the sliotar when deployed in the full-forward line a change of scenery may be just the answer.
As for Billy Ryan: on another day he’d have had two early points, on another day he wouldn’t have been obliged to cope with a greasy sod and, above all, on another day he wouldn’t have been facing an opponent as hardy and wily as Noel Connors.
Maybe Kilkenny’s season started in earnest at Walsh Park. Tipperary will let us know one way or the other. They’ll ask the questions that Waterford didn’t. Of that we can be sure.