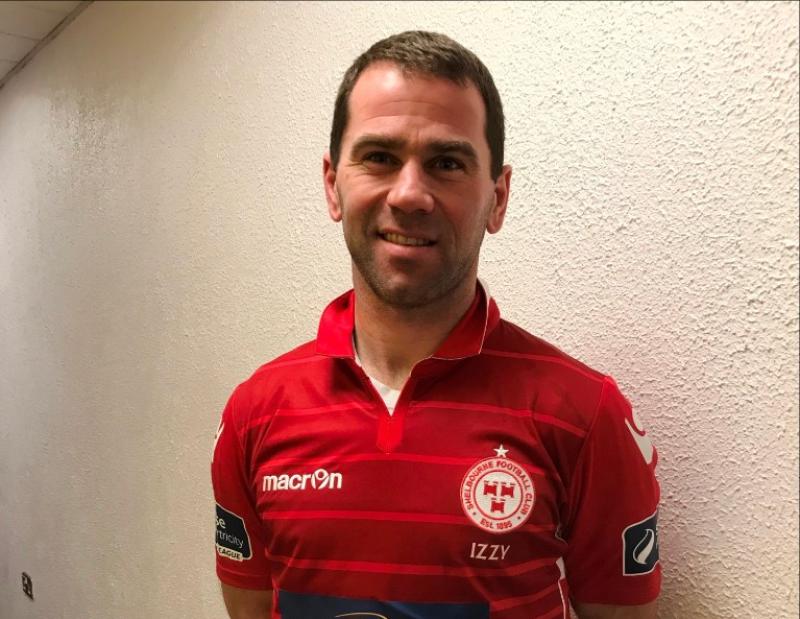 So much has changed in the last two decades but, for Davy Mulcahy, there has been one constant – and that’s life in the League of Ireland.
It’s hard to believe but, 19 years after playing for Kilkenny City, Mulcahy is looking forward to starting a new season with Shelbourne. And, ahead of Friday night’s Dublin derby with UCD, Mulcahy is just as keen to get going as he was back in his Buckley Park days.
So, what is it about the game that keeps him coming back for more?
“It’s the love of football, pure and simple,” he said when asked what keeps him going. “It works in so many ways for me. It’s a stress-reliever from work.
“Getting yourself into physical training is so good - it’s amazing what it does for your head - that you find you come back a different person.
“I appreciate and love training as much as games because it’s so competitive - even though these lads are in the same team as you you’re battling them for starting places.
“There’s a real cutting edge to it. I love that, especially when we’re on Astro-Turf because it’s nice football on good pitches.
“The way the League is played now is proper football,” he said. “Teams get the ball down and play the right way. That old generation thing of ‘back to front’ and ‘balls in the air’ are gone; now it’s get the ball on the deck and the Astro-Turf pitches help you zip the ball about the place. 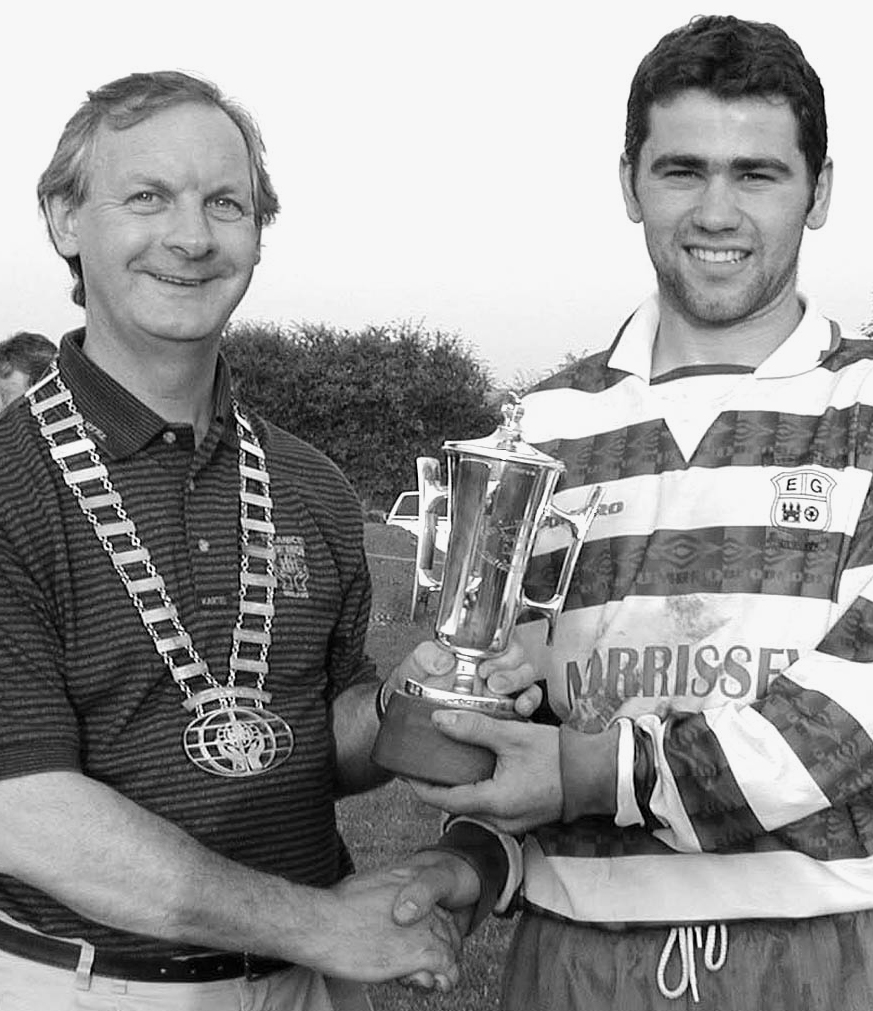 “It’s the way these younger players have been brought up in the game,” he added. “They’ve been coached on how to play football properly on Astro pitches - ‘not like us old dinosaurs,’ he added with a smile, ‘we’re always trying to adapt’.”
Having played with seven clubs across the League – that’s Kilkenny City, Waterford United, St Patrick’s Athletic, Cork City, Bray Wanderers and Bohemians – Mulcahy is no stranger to making new friends. With his eighth club Shelbourne, the bedding-in process has followed a similar route.
“I’ve been with Shelbourne for the last month, training properly with the side,” he said. “It’s another new squad to get to know, although I would know about four or five players from previous League experience.
“The age in the squad varies,” he added. “There was a young lad training with us the other night who was only 17!”
Mind you, that hasn’t been the only time he’s felt his age.
“When I was with Kilkenny City I played in the same team as Richie Purdy in 1999,” he recalled. “Last year I was in the same side as his son Richie jnr at Drogheda United. It’s unbelievable!”
Longevity
Playing with two generations of the same family reinforces the longevity of Mulcahy’s career in a League that has seen many changes in that time.
“I’ll never forget those first few games I played,” he recalled. “Games with Kilkenny City teams that featured the likes of Brendan Rea and Davy Breen.
“It was just different football; it was all high-energy, very physical and the idea was more about not taking chances at the back.
“It’s so different from the game today,” he added. “Now when you play centre-half you’re expected to drop off into a full-back position, get the ball and start a move from there. It’s totally changed, but that’s for the better. That’s why all the League of Ireland teams are doing so well in Europe right now. They’re playing that type of football and, as a result, can retain possession.”
Mulcahy joined Kilkenny City from a crack Evergreen team that had won the Kilkenny & District League treble – and that was no mean feat. Playing in a side which had a fair representation of junior internationals gave Mulcahy a good foundation for his League of Ireland career. 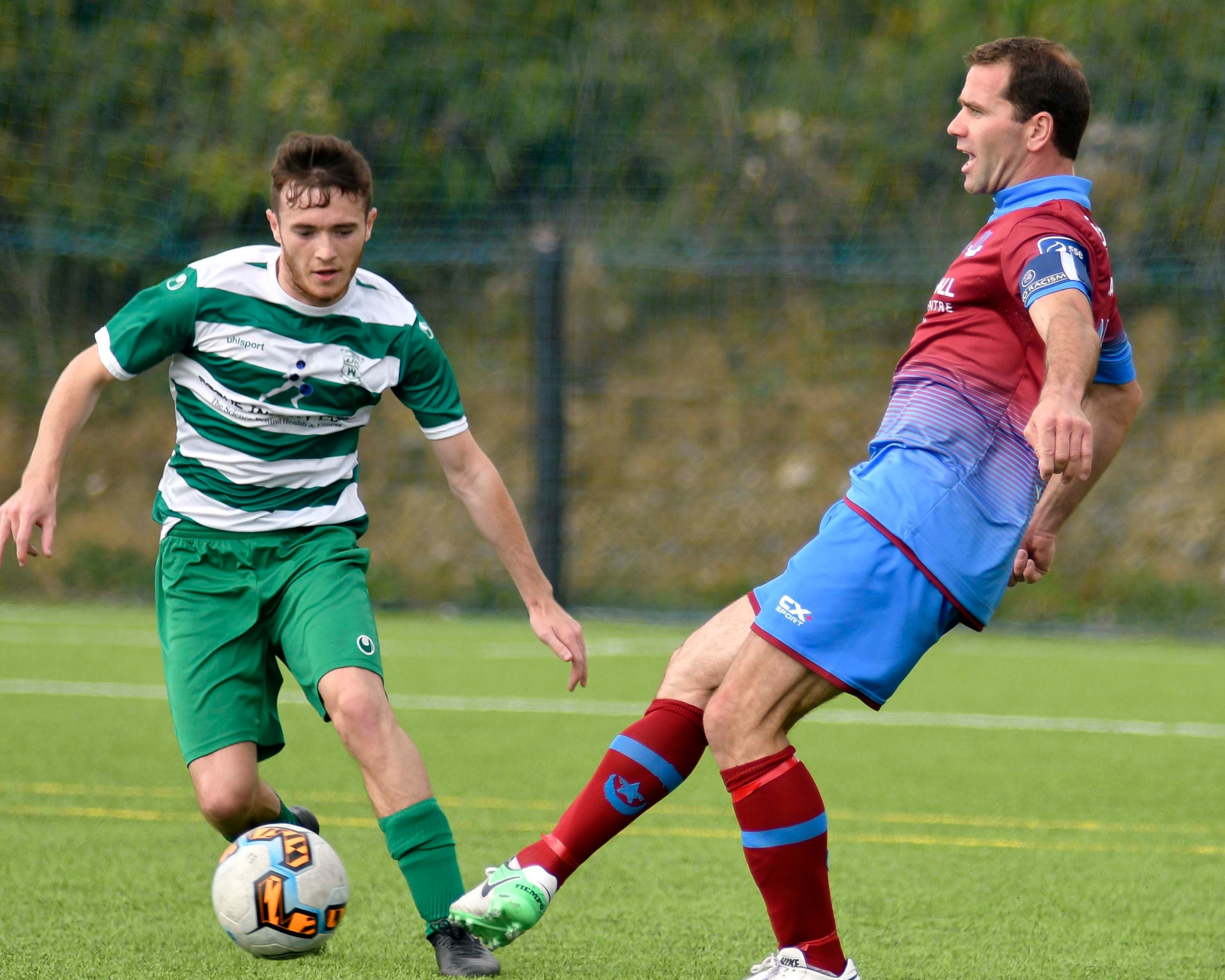 “I was lucky to come from youths’ football into an Evergreen team that, under Billy Walsh, was so strong,” he said. “There was very little youth in the team - it was all experience.
“The first year I came into the side Billy made me captain and moved me from a centre-forward position to centre-half. I was beside the likes of Michael Walsh, Eamon Daly, Kevin Cashin, physical players who were so experienced.
“I would have grown up watching these guys and to be brought into that side was a baptism of fire. It introduced me to senior football. From that point of view, it wasn’t a huge step from there to Kilkenny City, but what I did notice was the difference in fitness levels.
“Positioning was huge as well,” he added. “At junior level lads tended to ball watch and get caught. The game was more regimental; training was about positional play and the style of football the opposition played.
“That’s where things grew for me,” he continued. “I was always learning and, as I moved from club to club, I felt I was progressing. Every club was a new challenge, a new game style to learn.
“It was a great way to learn about adapting,” he said. “In this League if players don’t adapt they can drop out of the game.”
The early days were all about learning his trade – then Mulcahy honed it.
“At the start it was all about learning to play in the different positions but when I moved to Dublin that’s where I learned a different game,” he said. “It was about getting the ball down and playing it out from the back.
“It was scary at the start but that’s what training is there for. I was lucky enough to go to St Patrick’s Athletic when they were full-time; you got to play with a football most days, so it isn’t long before you get to grips with the changes to the game. It was proper football.”
For Mulcahy, his time with the Inchicore club stood out above the rest
“The experience there was real football,” he said. “They don’t support any other team - they’re Pat’s fans and that’s that. I really bought into that and enjoyed my time there.
“I spent four years there and it was one of the best times I had in the game. Pat’s are a smashing family club - Cork would probably be the closest to them in terms of how the fans are so involved with the players.”
Mulcahy has always been keen to pass on the knowledge he’s learned to the next generation of players, but he’s hoping that someday players won’t have to travel as far as Dublin to get a solid base in the game with a family club.
“With Waterford being so close to Kilkenny, the way things are building you’d like to see them follow a similar route,” he said. “They’re going in the right direction and look to have the strongest team in a long time this year.
“Hopefully it will go well because a lot of Kilkenny-based players at younger age levels are heading in that direction, along with Wexford.
“Hopefully that momentum will keep building so young players don’t have to travel to Dublin and miss out on education or family life - they’ll have a club that is just down the road.”
League newcomers Carlow Kilkenny FC may also be a big draw for players in the coming years. Having a club in their own back yard would be a huge asset for locals.
“It’s so important to have these clubs locally,” he said. “With Kilkenny, hurling has always been there - there are very few who play football alone - and with plenty of sports going on in the county, the closer they are to a national club the better. 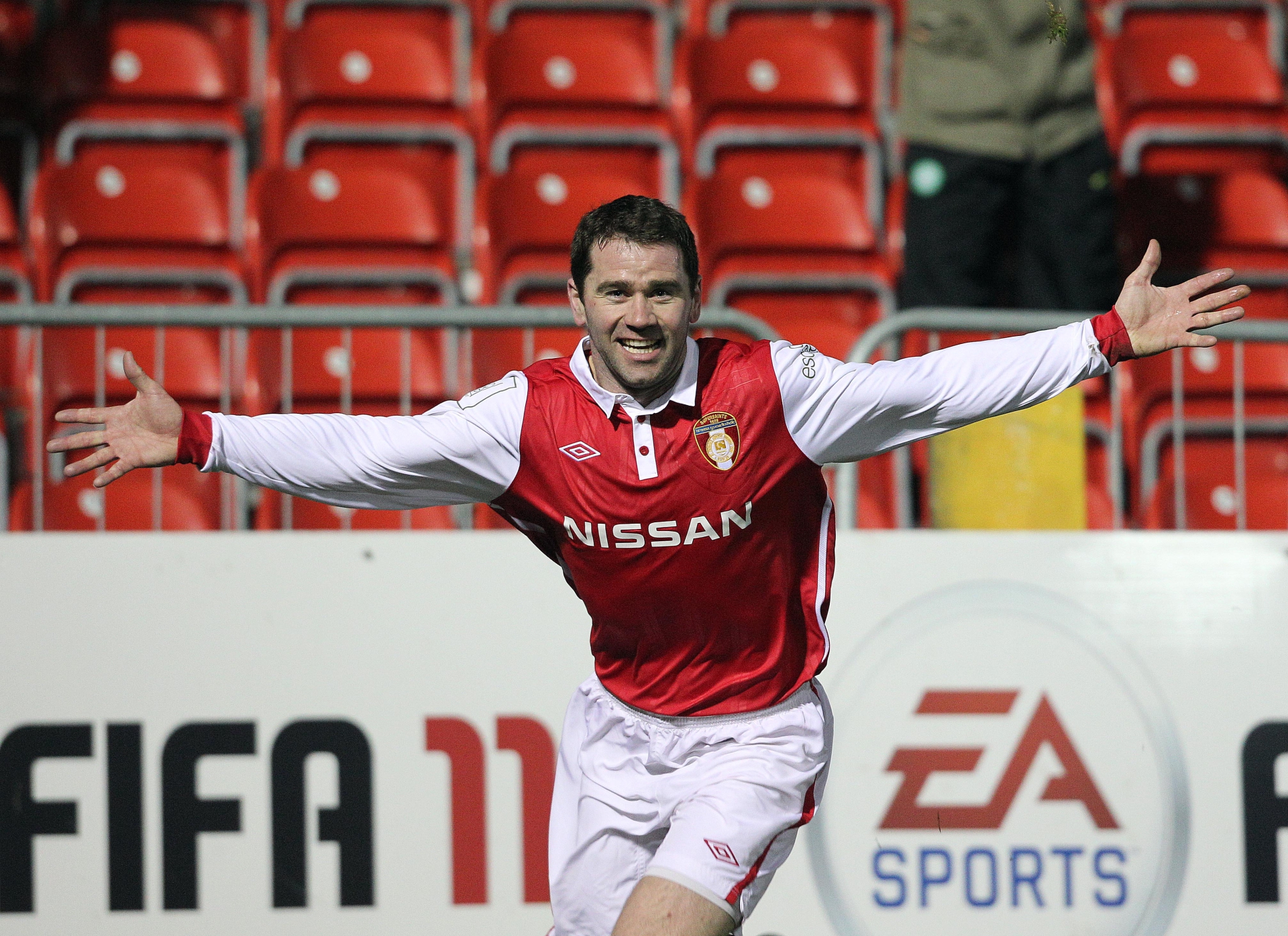 “I’d always encourage kids to stay as close to home as possible,” Mulcahy added. “If they’re good enough they’ll been seen at Evergreen or Freebooters - they don’t have to go to the likes of Home Farm or Cherry Orchard to be picked up.”
Experience of playing for so long has given Mulcahy a great knowledge of the game. It’s no surprise to see him pass it on to the next crop of players coming through.
Manager on pitch
“That experience is a big reason why clubs are looking to sign you when you’re a senior pro,” he said. “You’re like a manager on the pitch, getting the message across that the manager can’t.
“You’re guiding players on the pitch and then, off it, you’re the middle-man who can talk to players who might feel they can’t approach the manager about something.”
Mulcahy, who started last season with Waterford, went on to finish it with Drogheda. He might have expected that to be his last club, but once Shels called the lure of the game bit hard.
That said, there were things to consider first.
“The options were limited when you put my situation on the table,” he said. “Family in Kilkenny, working around the country and then you’re asked to commit to going to Dublin five nights a week.
“I got talking to Owen (Heary, Shels boss) and knew joining the club would entail two nights training in Dublin and a match as well. I could do my own recovery. Once I’m ready for Friday night there was no problem - it was always a winner for me.”
The Tolka Park outfit will be hoping to make the jump back to the Premier Division this season, a quest that begins in the Belfield Bowl on Friday night. Mulcahy is raring to go and meet that challenge head on.
“There is a strong squad and, all going well, it looks like we’ll challenge for promotion this year,” he said. “The new season is only days away and things are going well.
“I have a few games under my belt and I’m ready to go 100%,” he finished. “I think the club has an eager young squad, with a mix of experience, so we’re really looking forward to it.”