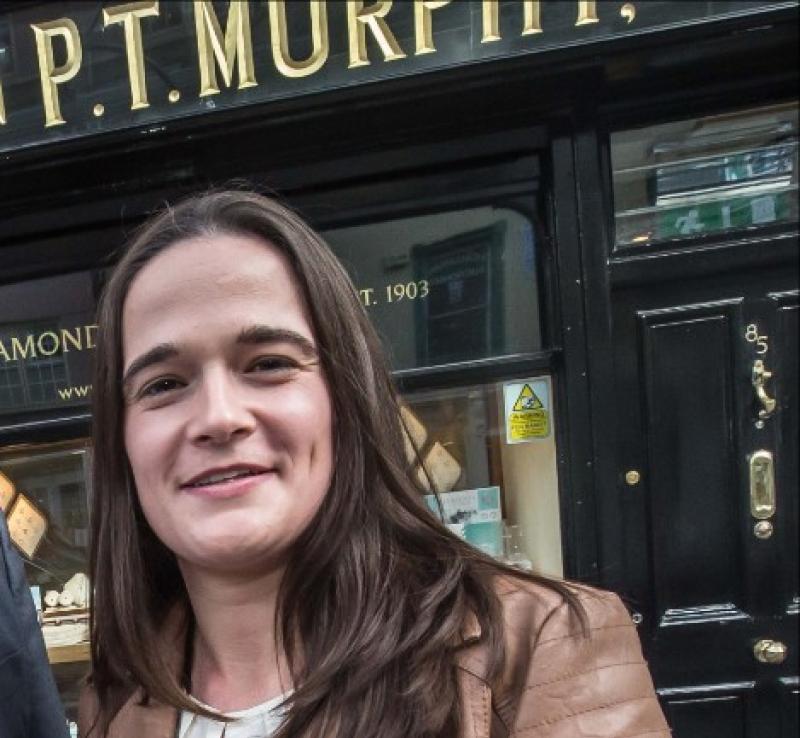 Ann Dalton figured in the scoring for Kilkenny

Champions Kilkenny will play Galway in the Littlewoods Ireland Camogie League Division 1 semi-final, while All-Ireland champions Cork will take on Limerick in the other last-four tie.

Limerick edged through for the fourth consecutive year and after needing a play-off in 2017. They squeezed out Waterford by virtue of a superior score difference this time following their 1-9 to 1-9 draw with the Déise in Ballyagran.

John Tuohy’s crew got off to a brilliant start thanks to a Niamh Mulcahy goal in the third minute, as the gifted attacker ran through the middle and rifled to the net off her left-hand side.

Waterford responded well and were level after 22 minutes, thanks largely to one of UL’s midweek Ashbourne Cup heroes Beth Carton, who finished the opening period with four points. Mulcahy hit a late point into the strong wind though to give Limerick the lead at half time by 1-3 to 0-5.

The teams continued to trade blows in the second half but Waterford momentarily had one foot in the semi-final when Kaiesha Tobin found the Limerick net to put her side 1-8 to 1-7 ahead with seven minutes remaining.

Limerick replied with points from Caoimhe Costelloe and Mulcahy (a 45 that brought her tally to 1-6) and though Waterford drew level as Carton brought her own tally to seven points, they could not find the winner they needed.

Clare’s semi-final ambitions ended at Parnells, where they lost to Dublin by 1-12 to 0-10. The visitors led by two points early on thanks to three Chloe Morey points but Siobhán Kehoe had five in the first half as Dublin moved ahead by the break, 0-6 to 0-4.

It was the Kehoe and Morey competition after the resumption too, as they brought their respective tallies to 10 and eight points. A late Róisín Baker goal cemented the honours in the Dubs’ favour.

In the other Group 2 game, Kilkenny waltzed to a 2-19 to 0-6 win over Meath in Trim. Denise Gaule and Amy Gaffney swapped points from frees but Jenny Clifford hit two from play, and Anne Dalton and Katie Power also found the target to open a four-point lead.

Gaffney kept Meath in touch with another converted free after 16 minutes but it was all Kilkenny from there. Miriam Walsh had three points from play and Gaule another couple of frees as they moved nine ahead to lead at half time by 0-11 to 0-2.

There was more torment for the Royals when Julieann Malone found the net for Kilkenny within seconds of the restart and followed up with her second major three minutes later. It was a procession from there though Meath continued to battle right to the end.

Galway got the better of Wexford by 2-16 to 4-8 in the winner-takes-all battle to claim the second Semi-Final berth from Group 1, after Cork had maintained their perfect record with a 2-11 to 2-9 triumph over Offaly.

Goals from Aoife Guiney and Úna Leacy gave Wexford an early advantage but Galway kept the scoreboard ticking over via Caitriona Cormican, Aoife Donohue and Rebecca Hennelly, who finished with eight first-half points including two brilliant efforts from play. Then Ailish O’Reilly struck for a goal to move Tony O’Donovan’s women 1-10 to 2-4 ahead at the change of ends.

The second half was equally as free-flowing as Guiney notched up her second goal for Wexford, only for O’Reilly to repeat the trick at the other end and maintain their advantage. When the experienced Leacy became the third player to bag a brace of majors, it was back in the melting pot but Galway held out.

Amy O’Connor has been in magnificent form throughout the Littlewoods Ireland League and pre-match concerns about her fitness, and that of Orla Cronin, were allayed as O’Connor contributed three points and Cronin two.

Helen Dolan, who was part of NUIG’s Purcell Cup-winning squad on Tuesday night, carried that momentum through and took Cork for two goals.

Debbie Flynn and Patrice Delaney provided three points each as the hosts put Cork to the pin of their collar but they will now be preparing for a relegation play-off against Meath.