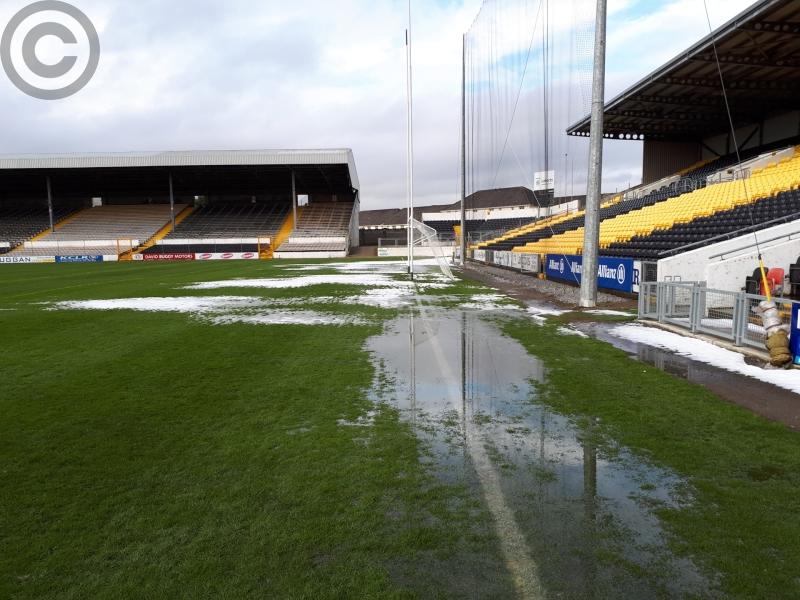 Just in case people were wondering, Nowlan Park, would not have been ready to stage the vital Allianz National Hurling League clash between Kilkenny and Wexfod today.
While the heavy snow of recent days had melted from the main body of the pitch, there were large areas that we still covered in snow.
And there were large pools of water at both sides of the goalposts, especially at the country end as our picture shot at the scheduled starting time (2.30pm) would suggest.
The GAA moved quickly on Thursday and called off the entire National League programme, hurling and football.
The rearranged schedule will be known tomorrow, but it looks like the three Division 1A hurling games will be played next Sunday.
Clare, Wexford, Limerick, Galway and Offaly have all secured League quarter-final slots already.
Kilkenny, Tipperary, Cork and Waterford are battling for the remaining two slots, and to avoid the relegation situation.