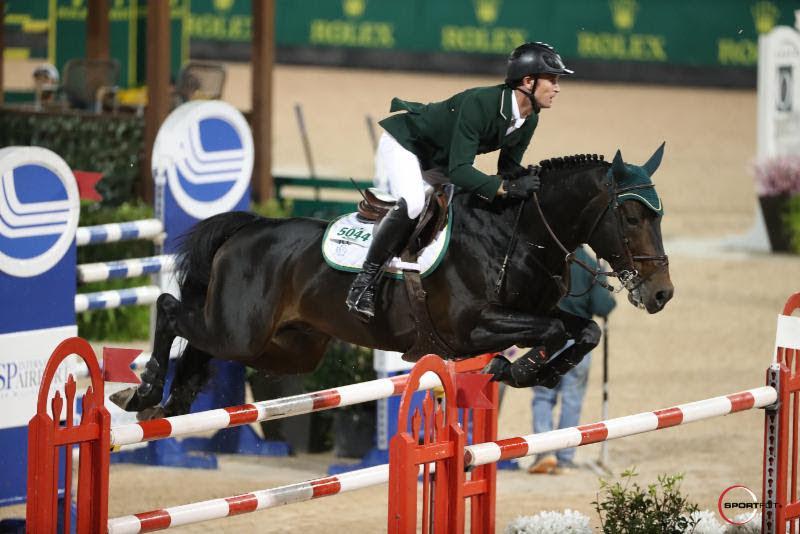 Kilkenny's Richie Moloney with Carrabis Z, who is owned by Equinimity LLC

Moloney and the 15-year-old stallion Carrabis Z were among 12 combinations who jumped clear in the opening round on Sunday night. Drawn last to go against the clock, they crossed the line clear in 43.16 seconds to take runner-up spot.

Tipperary’s Denis Lynch also made it into the jump-off with RMF Echo and they clocked the fastest four fault score in the second round (41.27) to take fifth overall.

American rider Beezie Madden took the winners prize of over $67,000 after jumping clear in 40.49 with Breitling LS, while Moloney collected $41,000 in second ahead of Adrienne Sternlicht (USA) with Cristalline in third.

The Irish team finished as runners-up in the Nations Cup competition in Wellington on Saturday night, where victory went to Great Britain.