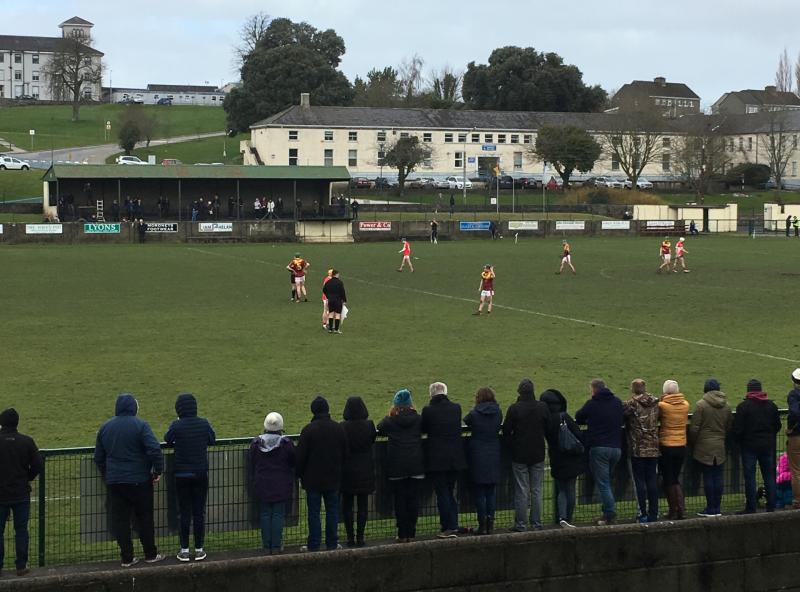 There was something of a Saturday scare as Kilkenny CBS were made to sweat before reaching the final four of the All-Ireland post-primary schools senior hurling championship.

Midleton CBS gave the Kilkenny side the fright, coming from 11 points down (0-14 to 0-3) going into the final quarter as they almost snatched the result.

Helped by Liam Gosnell’s 46th minute goal Midleton roared back into the game. A blast of points from Gosnell, Sean O’Leary Hayes, Jamie Landers and Ger Millerick helped cut the gap down to four points as the game tucked into injury-time (0-16 to 1-9).

Kilkenny CBS, backed by the breeze and the accuracy of Conor Drennan, has been the form side in the first half. Drennan was most impressive on frees, converting eight as his side trooped in eight points up at half-time (0-10 to 0-2).

The Kilkenny side continued to keep a strong grip on the game at the start of the second half, pushing further ahead thanks to some more Drennan scores, but Midleton rattled them with that scoring run. The Cork side got to within a point when Liam O’Shea drilled home an injury-time goal, but time ran out on their victory hopes as the CBS held out for the final whistle.