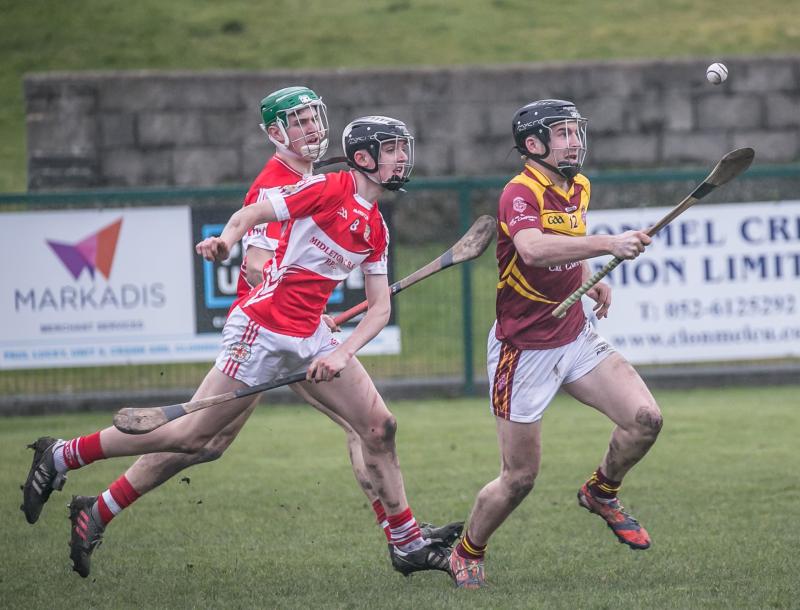 Conor Heary in action for Kilkenny CBS during their win over Midleton CBS. The Kilkenny side will face Presentation Athenry on Monday

The senior hurlers from Kilkenny CBS will be first into action when they take on Presentation College Athenry on Bank Holiday Monday. Their Croke Cup semi-final will be played in Ferbane, Co Offaly, at 2pm. The CBS booked their spot in the final four when they beat Midleton CBS 0-16 to 2-9 in the quarter-finals, Conor Drennan leading the way with 0-13.

St Kieran's College have a longer wait for their game, but will lock horns with an old rival in Clonmel on Wednesday. The Saints, who were bidding for a fourth successive title but were beaten in last year's final by Templemore, will play Munster champions Ardscoil Ris of Limerick. The throw-in time for that game is 2pm.

Kieran's earned their semi-final berth thanks to a 1-10 to 0-5 quarter-final win over Gort Community School in Roscommon on Saturday last. David O'Carroll led the way with 1-1 for the Kilkenny side.

The All-Ireland final will be played in Semple Stadium on Saturday, March 31.