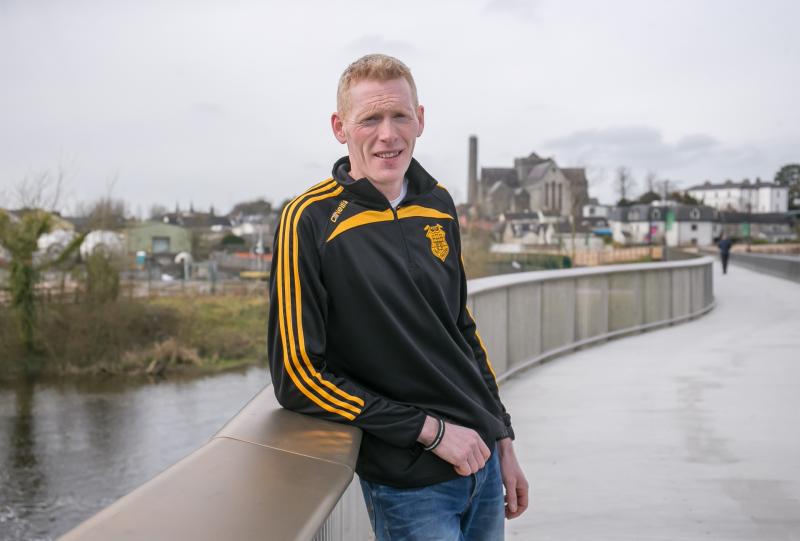 Brian Maher surveys the Streets of Kilkenny 5K course from St Francis Bridge. The race will be held on March 29 PICTURE: PAT MOORE

It shouldn’t come as a surprise, but athlete Brian Maher is a hard man to keep up with!

The Kilkenny City Harriers veteran is all go (he travelled to The Hague at the weekend to run in a half-marathon) and he has no intentions of slowing down.

The Conahy man, the 11-time county cross-country champion, was all smiles as he previewed this year’s Streets of Kilkenny 5k, which will take over the Marble City on March 29.

“I had to watch last year’s Streets of Kilkenny as I broke something in my foot while racing in the Dunboyne Four Mile event a few weeks earlier,” he recalled.

“I was marshalling the event at the bend leading back on to Francis Bridge so I was semi-depressed watching everyone run past!”

Mention of that injury was the only time the conversation dipped below anything below positive with Maher, who is enjoying his athletic life as much as ever.

Doing that isn’t without its challenges for the dairy farmer, but Maher has always found a way to combine his sporting commitments with everyday life.

“I’ve often been asked that, and the only answer I can think of is that I don’t know any different!” he said with a smile. “I’ve been farming since I was a teenager so I’ve been doing that before I started running.

“I’ve just been able to juggle the two all along, but I’m lucky that my father Pa is able to help out when I go away, but you have to be organised.”

It’s a big ask, combining work with other commitments, but as far as Maher is concerned it’s down to each individual how they organise their day.

“My old coach (former Irish international runner) Dick Hooper was famous for saying there are 24 hours in the day,” he said. “If you structure it properly, you need eight for sleep; that leaves another 16 to get things done.”

Getting things done is just how Maher has gone about things ever since he first started into an athletic life almost two decades ago.

“I was never that brilliant at hurling or other sports like that, but I did better at the fitness end of things,” he said, explaining how athletics came calling. “When Kieran Brennan trained Conahy Shamrocks he used to bring us down to the woods for laps in training - it wasn’t as specific as it is now! - but I was finishing well before any of the other lads.

“It was at that stage they encouraged me to go join a running club,” he said, adding “I thought they were trying to get rid of me!”

That last line came with a broad smile, but the Conahy man was quick to acknowledge the serious side of his sport.

“Running is hard work,” he said. “It’s about work and consistency. Talent comes into it, but as the saying goes ‘hard work beats talent when talent doesn’t work hard’.”

And hard work is something he has put in. To date Maher has won the county cross-country championships 11 years in a row while, recently, he broke the Irish over-40s 5k record. Maher ran an incredible 14:21, a Masters record, at the international event in Armagh last month. Hard work and training paved the way to the record, but Maher is also wise enough to know when to ease off.

“The longer I’m around the better I know my body,” he said. “I know exactly how to push it and when I’m at the point to take a step back - sometimes it takes more guts to take a day off than to train through a niggle.

“I have a great relationship with my coach, Emmett Dunleavy, a great coach with great schedules,” he added. “Emmett has great ideas but they’re dependant on the feedback I get which is 100% accurate. After 17 years of running as an adult, I know my body well.”

As someone who was bitten by the bug many years ago, Maher recognises how running has seen such a surge of participation in recent years.

“Running is addictive,” he said. “And, with all the Parkrun initiatives and Couch to 5ks out there everyone can relate to the distance.”

Mention of the Parkrun - of which Maher is men’s record holder in Kilkenny with a time of 15:13 - drew some appreciative comments from the Conahy man.

“Some of the top Kilkenny hurlers are doing the Parkrun as well - I’ve seen the likes of Cillian Buckley, Kieran Joyce and Jackie Tyrrell do it,” he said. “That was good to see. When you see guys of their level of fitness breaking 19 minutes it highlights the work a runner has to do to run 14 minutes. It shows how athletics is a different sport, a different type of fitness.”

And the Streets of Kilkenny 5k is another way of bringing athletics to a wider audience. 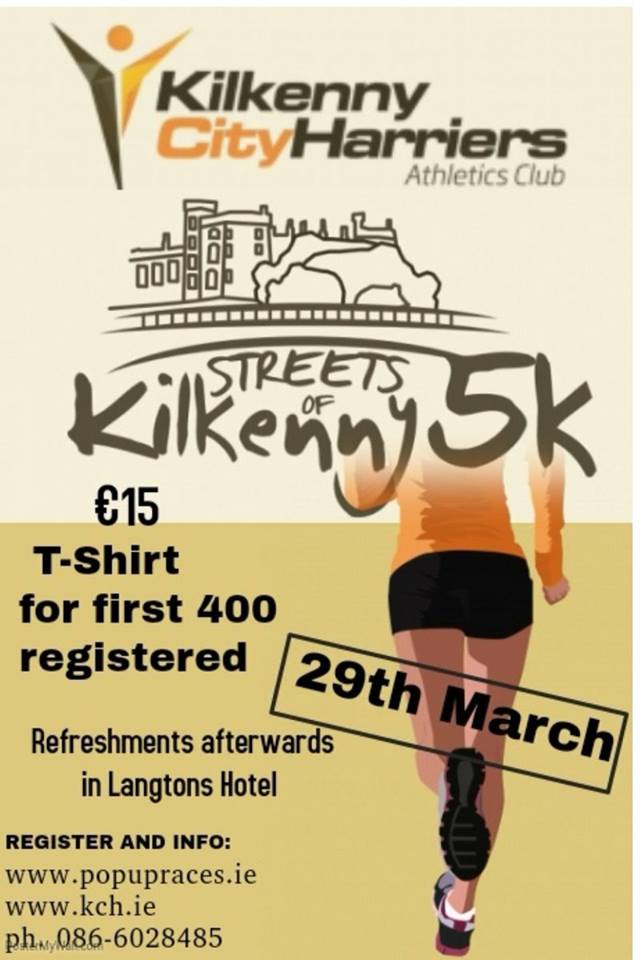 “Sixty-six people completed the race in under 20 minutes last year,” he said. “To have that number of people under 20 minutes in one race is phenomenal. It opens people’s eyes as to how tough the course in the Castle Park is.

“The one thing I would stress to anyone who is thinking of running this event is that it’s fast and flat,” he said. “If you’re looking for a personal best you’ll get it here, especially if you’re a Parkrunner. In fact, every Parkrunner in Kilkenny should be here on the night!”

While Maher is relishing the chance to tackle the event, he knows he has a tough job to better the best time of 14:46 set by Eoin Everard.
“Eoin is a very hard guy to beat,” he said. “He has the benefit of having a serious kick - it’s tough to beat him one-on-one, but there are a few guys in the club who are capable of running good times like that.

“Running in Kilkenny has never been better,” he finished. “It’s an exciting time for the county.”

To register for the Streets of Kilkenny 5K visit www.popupraces.ie