It wasn't a great showing against Offaly, but Kilkenny boss Brian Cody happy to be in semis 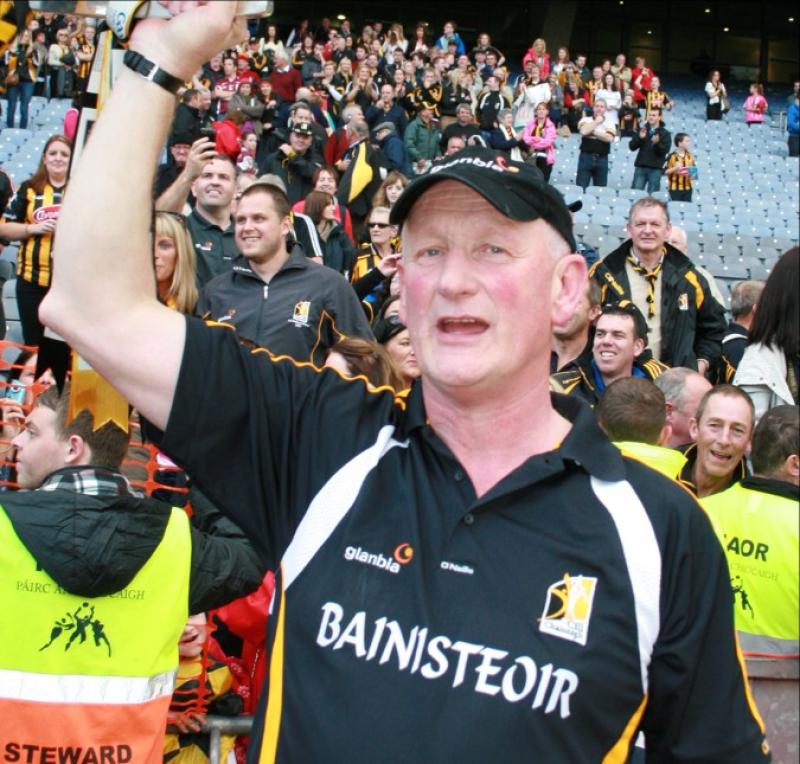 Kilkenny may have limped into the Allianz National Hurling League semi-finals by virtue of a close win over Division 1B side, Offaly, but they are not a bit worried about that.
Claiming a place in the last four of the second most important competition of the season was progress, pure and simple.
“The semi-finals is a good place to be,” smiled Kilkenny manager, Brian Cody, after two late points from T.J. Reid and Walter Walsh beat sure firing Offaly in the quarter-final in Tullamore on Monday.
“We had to battle hard to get there, going back to the third, fourth and fifth games before this one.
“The young lads will learn from being involved in tight games like that.
“You couldn’t buy the experience they are getting,” the James Stephens clubman added. “You can get it no other way other than by experiencing it on the field.”
The Cats bowed out at this stage of the League last year when beaten by emerging Wexford.
Now it will be the Slaneysiders or All-Ireland champions, Galway, who will provide the opposition in the last four.
Good place
“The semi-final is a good place to be,” Cody added. “As I always say, I would love to win the League, and we are still in it.
“Like I said last week, we weren’t being tipped at all to get this far, so we are happy.”
When it was suggested that this winning effort wasn’t as crisp or as tidy as the three that had gone before, he used the word “possibly” in reply.
He recalled the flow of the game, reminding that Kilkenny got in front when playing against the wind in the first half.
Then they conceded a goal and Offaly charged at them strongly after that.
“Again we replied very quickly in the second half and went ahead,” the boss continued. “Teams are coming back into games against us.
“It was something similar to the Wexford match when we got something like five or six point of a lead and they came with a burst. It is something we will have to look at. We are conscious of it.”
Overall he was very happy with the progress of a panel in which competition for places on the team was getting hotter and hotter.
Important
“That is vitally important,” he insisted. “We are seeing different lads on different days, and they are all doing well.
“To me Offaly are a serious team,” he continued. “They played serious hurling.
“They are a huge, physically strong team. Today was a real battle.
“It was a game that if we weren’t ready for it mentally it would have been almost impossible to win it. We expected that.
“Offaly are a very good team with some terrific ball winners.
“We expected a massive battle and we got it,” he insisted.
“Offaly will be serious opposition for everyone in the championship.”
Mixed injury News
The up to date news on injured players was mixed.
Goalie Eoin Murphy was still struggling to shake off a neck injury. With the two week break, he might be in contention for a place in the semi-finals.
Attacker and former Hurler of the Year, Richie Hogan won’t be back. Neither will Kevin Kelly of St Patrick’s (Ballyragget).
“He had knee surgery and he will be out of action for a few months,” Cody revealed.
“It is unfortunate for the player who would have been a very, very important player for us.”
As regards Paul Murphy and Colin Fennelly who are on over season peace keeping duties with the Irish Army, the timeline for their return was unclear, even to the players.
The Army told the ’People they will be back in May.