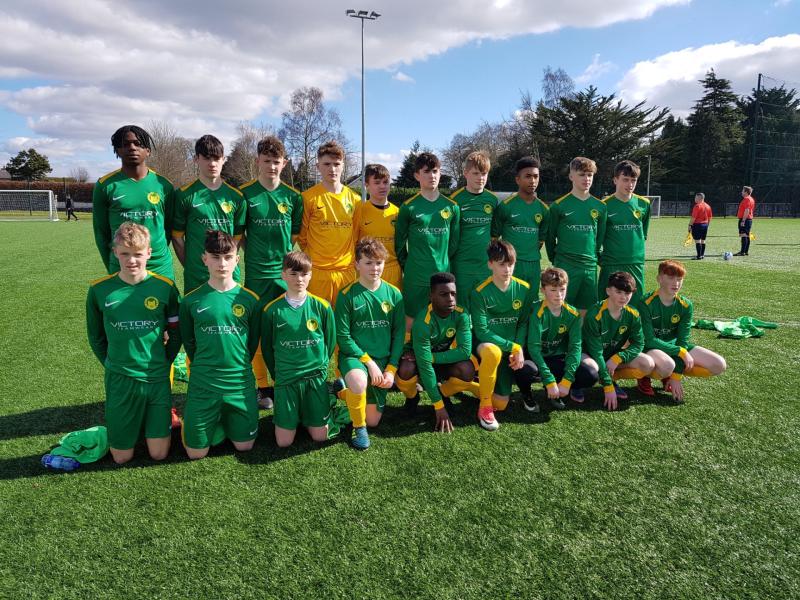 Limerick FC were the party-poopers, spoiling the celebrations of Carlow Kilkenny FC when taking all three points in the Under-15 National League.

The Munster side had Conor Keane to thank as his four goals saw the newcomers end their opening day empty-handed at Carlow IT.

The home side made a tentative start in this first ever League of Ireland game, but as the half wore on they steadily grew in confidence.

Those levels soared to new heights when they took the lead after 16 minutes. Eoghan Byrne did the damage, racing in to rob full-back Michael Corcoran of possession before sprinting into the box and coolly tucking a low shot beyond James Griffin’s reach.

Carlow Kilkenny pushed hard for a second goal – Rian O’Connell had to look lively to nick Rory O’Dowd’s 25th minute cross away before Byrne could pounce – but they were reeled in as Limerick struck from the spot in the 33rd minute, Josh Quinlivan making no mistake after Wassiou Ayawe was brought down in the box.

The sides remained all square until the break, but only just. Conor Keane went within a whisker of giving Limerick the lead on the stroke of half-time when his looping shot from the edge of the box sailed over netminder Mark McCarthy, but the ball clattered off the bar and bounced out.

Keane was frustrated that time but would mine a goal glut in the second half. He made his mark seven minutes into the second half, racing on to Ayawe’s pass before drilling a low shot inside the far post. Seven minutes later he added his second, pouncing to flick the ball away from defender Niall Rowe before poking it home.

Carlow Kilkenny heads were spinning, but Keane wasn’t finished. He completed his hat-trick before the hour mark, firing home a penalty after the impressive Ayawe was brought down in the box.

Carlow Kilkenny never let their heads drop, but they had no answer to Keane’s firepower. A good day became a great one for Keane when he bagged his fourth and Limerick’s fifth five minutes from time.

Carlow Kilkenny will be hoping for better fortunes when they travel to Ferrycarrig for their round two game against Wexford FC on April 8.