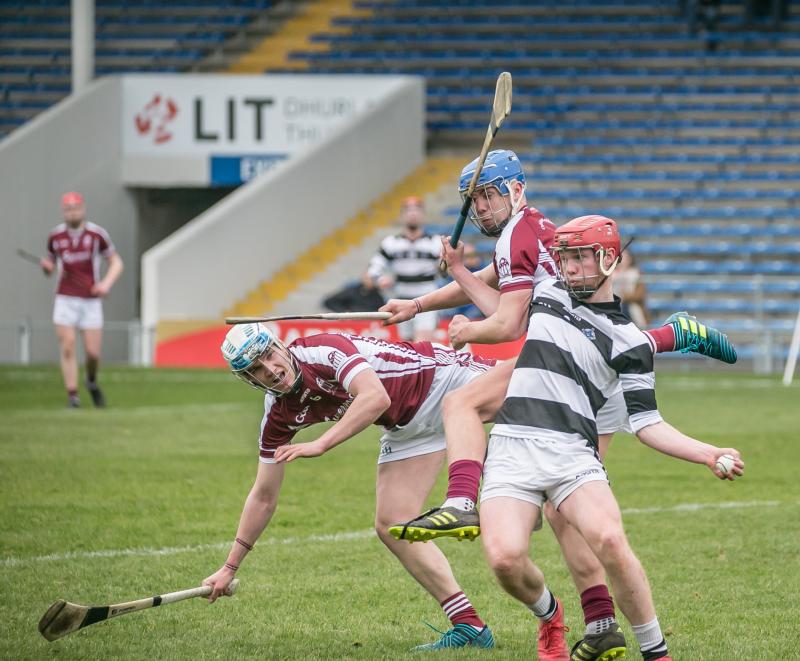 The senior hurlers from St Kieran’s College are All-Ireland champions once more - but they had to do it the hard way!

The Saints were taken all the way by a resolute Presentation Athenry, who stunned the Saints when they demolished a nine-point deficit to force extra-time in Semple Stadium on Saturday evening.

A strong first half, strengthened by three goals in five minutes from Daithi Barron, Ciaran Brennan and David O’Carroll, helped Kieran’s go in 10 points clear at half-time (3-7 to 0-6).

They built on that lead in the second half, going 12 points clear at one stage, but three late goals from Adam Brett (2) and Mark Kennedy saw the Pres come back to force extra-time (3-12 to 3-12).

Kieran’s were shocked, but quickly recovered and set about restoring their lead. Jamie Young certainly helped, grabbing a goal in the first half of extra-time as Tom Hogan’s side went in 4-16 to 3-14 in front after the first period of extra-time. They never looked back. Points from Conor Kelly (2) and Ciaran Brennan stretched their lead before Brennan’s second goal of an absorbing evening secured the Croke Cup for a 22nd time.