Soccer: Bowe shoots Clover United to the top in Division One title race 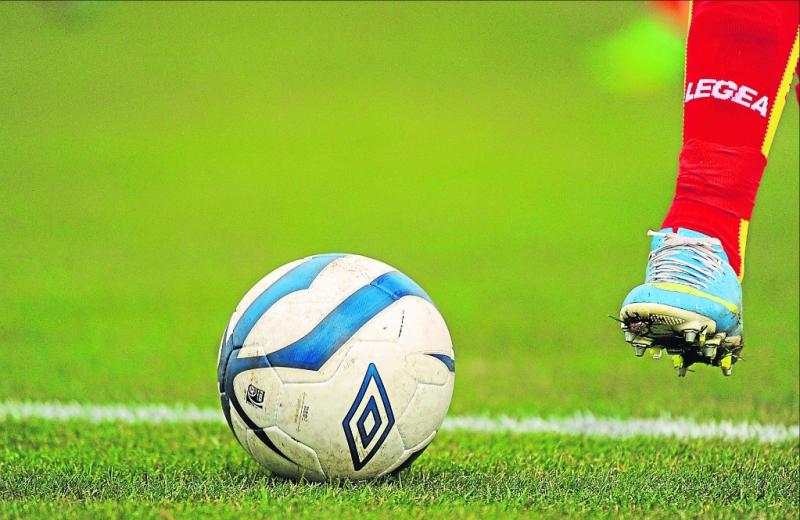 The race for league titles is heating up in the Kilkenny & District League, with clubs across several divisions mounting a charge for the silverware.

Some have been busier than others. Clover United A had a good weekend in Division One, taking six points from two games played in three days across the Easter weekend.

Shane Bowe was the man of the moment for the Rathdowney club, scoring both goals in their 1-0 wins over Lions A on Good Friday and Stoneyford United on Easter Sunday.

The results mean United have moved six points clear at the top of the table and within touching distance of promotion back to the Premier Division. Fort Rangers moved into second place with a 4-3 win over Castlewarren Celtic.

In a high-scoring game Eddie Nugent (2), Liam Forristal and Colm Phelan did the damage for Rangers as they made it six wins and three draws from 11 games. They are two points clear of third-placed Evergreen C, but the city side have two games in hand on Fort.

The race is all over in Division Two as Bridge United finally sealed the silverware at the weekend. It may not have come the way they wanted - United were given a walkover by Brookville - but their record over the season stands for itself.

Unbeaten in 13 games they have racked up 51 goals in the process - the highest tally among all four junior divisions - as part of a relentless gallop towards promotion.

Spa United will be joining them in Division One next season after they celebrated a memorable Easter weekend. Watching on as Newpark threatened to spoil their promotion party the Johnstown side got back on track with a 2-1 win over River Rangers on Good Friday, the goals coming from Willie Brennan and Kieran Grehan.

There was one other game in the division over the weekend, where River Rangers beat Paulstown 06 4-0, giving them their third win in the last four games.

The Division Three title race is down to two contenders after Freshford Town ended Evergreen 46’s hopes of going up.

Town raced away with the points on Sunday, beating the city side 7-0. Jordan Burke, Michael Kenny and Jonathan Doheny scored two apiece, with Shane Donnelly also on target, as they moved to within three points of leaders East End United.

Freshford lost their first two games of the season - the 3-0 loss to Evergreen on October 1 was their last defeat in the campaign - but have made it nine wins and a draw since then.

Freshford have games against Highview Athletic B and Castlewarren Celtic B left on their schedule, while East End have yet to play Deen Celtic B. Should both pick up maximum points this race could go down the extra lap route of a playoff to determine who takes the title.

It proved to be a mixed weekend for Deen Celtic B. On Good Friday they were beaten 4-0 away to Clover United B, but they turned things around to see off St John’s 3-0 on Sunday.

Elsewhere Deen Celtic A beat Callan United A 3-1 in the only Premier Division game. Stephen Daly, Michael Moran and Gavin Mackey got the goals.