Enda McEvoy: Regardless of the final result, the Allianz Hurling League has delivered a bountiful crop for Kilkenny 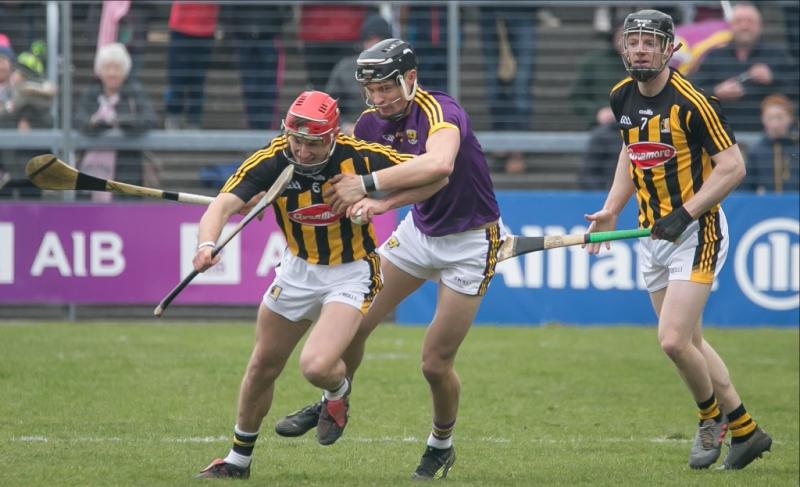 Cillian Buckley, the man who turns the key for Kilkenny. Everything starts with him and from him PICTURE: PAT MOORE

Admit it. If you’d been told on Saturday night that Wexford Park next day would result in a nine-point win, you’d have feared the worst. Go on, admit it. There’s no shame in that.

And no, there aren’t too many Kilkenny fans who were anticipating a nine-point defeat. A three- or four-point defeat, perhaps, and that would have been acceptable too. The 2018 National League had already yielded the county a greater bounty than could reasonably have been expected. Now it’s going to yield an appearance in the final. Who saw that coming after the opening defeats against Cork and Clare?

The win in Walsh Park marked the turning of a corner that led to five successes on the bounce. Last Sunday’s was easily the most impressive. It may also have been – and clearly this is a matter of debate and personal opinion – Kilkenny’s best performance since the 2015 All Ireland final, the 2016 replay against Waterford in Semple Stadium possibly excepted.

One caveat. (Yes, there’s always a caveat on this page, and no apologies for it either.) Wexford for the first time under Davy failed to get boots on the ground.

They looked as though they’d been reading their own publicity and had taken it to heart. As though the presence of Lee Chin, absent at Nowlan Park three weeks earlier, would automatically trigger a turning of the tables. As though things would fall into place of their own accord. If Wexford discovered one thing on Sunday it’s that being prepared for a battle is the first and most fundamental requirement.

No score from play in the opening half, admittedly against the wind, told a tale, and when half-time arrived with them trailing by eight points the jig was up. Although they had the advantage of the breeze to come, Davy’s Wexford are not designed to maximise such an advantage. They’re better against a wind than with it.

Sure enough, while they had the gap reduced to three points within five minutes of the restart following Conor McDonald’s goal (which for the record Padraig Walsh did nothing wrong for, standing McDonald up and refraining from diving in), that was as close as they’d come. The visitors staunched the blood flow with a series of converted frees from T.J. Reid and thereby halted Wexford’s momentum. The hosts would not summon up a second wind.

That Kilkenny are finally getting to grips with Wexford’s tactical alignment should not come as a surprise. They’ve seen it at first hand often enough at this stage. In both halves they negated Shaun Murphy, the spare defender, but in entirely different ways.

This has been a long winter for Brian Cody and his selectors, and not just because of that damned weather. Build a new team, yes, but also agree to take an existential leap and design a new gameplan for this new team.

Yet an appetite for the grunt work remains non-negotiable and the younger hands are with the programme. Martin Keoghan unfurled his best performance since Walsh Park and had a storming second half, driving forward and winning frees. John Donnelly and Ger Aylward kept getting on the ball, even if their final product might have been better. Bill Sheehan, a surprising selection, justified the management’s faith and on drier ground, with a better supply, will offer a different kind of threat.

This Sunday offers a novel phenomenon: what’s as close to a no-lose national final against Tipperary as can be imagined. If Kilkenny fail, no harm done. If they succeed, no harm done either.

St Kieran’s came within seconds of pulling off a humdrum, quickly forgotten All-Ireland triumph on Saturday. Somehow, and very much despite themselves, they ended up pulling off a memorable one.

Did they go to sleep on the job in the last ten minutes? It looked that way. These things can happen and occasionally they do.

Catharsis arrived in extra-time when they returned to first principles. The quickfire 1-2 they hit just before the break had the fingerprints of Ciaran Brennan, Conor Kelly and Adrian Mullen all over it. This time there would be no way back for Presentation Athenry.

The deployment of Mullen at midfield was an interesting decision, affording him the time and space to pull the strings. In contrast, when located in the full-forward line he’s under pressure to make every ball a telling ball. It may catch on.

How many victorious All-Ireland teams has Tom Hogan managed now? Not as many as his fellow James Stephens man Brian Cody. But quite a few nonetheless.