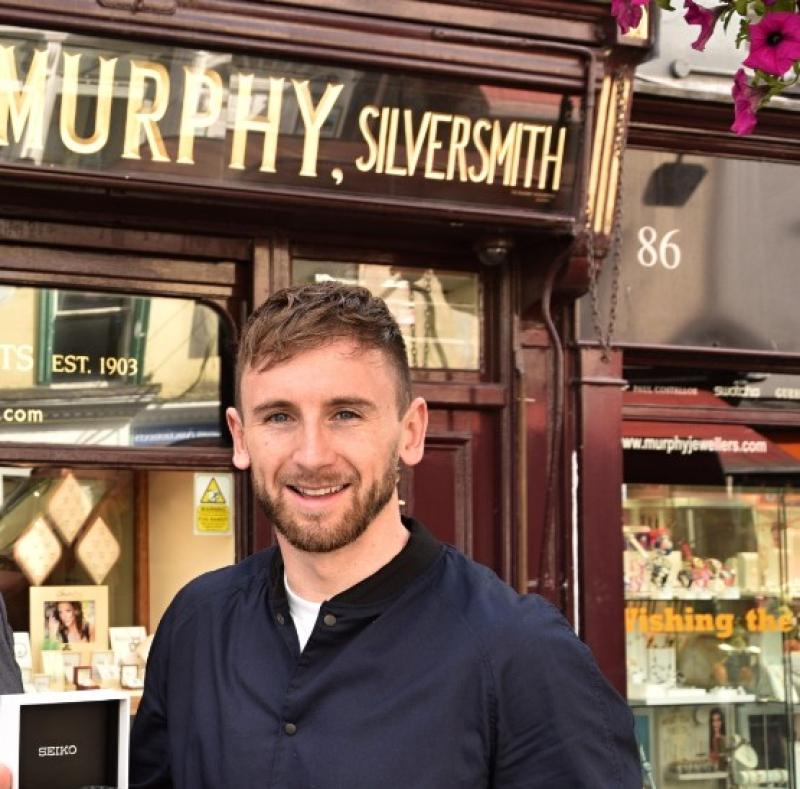 There were 17,608 spectators in Nowlan Park on Sunday to witness one of the very sweetest triumphs of the Cody era - and another who was cheering on from afar.
Ber Drennan was a great hurling man, a great coursing man and a great Lisdowney man, the full-back on the team that reached the 1962 county final. He didn’t reinvent the position, by all accounts, but opposing full-forwards tended not to dally around the square on his watch either.
After his playing career ended Ber was instrumental in the purchase and development of the field on which the Lisdowney pitch, dressing rooms and hall are located and was a selector with many an adult and juvenile team.
He was one of those people who in their own small and modest way help make Kilkenny hurling what it is - who help make rural Ireland what it is, indeed.
Never happier
And being from where he was from, and living where he lived (Clomantagh), it’s no surprise that he was never happier than when the Black and Amber lowered the Blue and Gold. Ber particularly enjoyed the last 20 years of his life, for which much gratitude goes to Brian Cody.
He’d have enjoyed last Sunday. He’d have appreciated how good Kilkenny were on the field and also how sharp they were on the sideline.
The latter is a point that’s easily overlooked. Not only have Kilkenny reinvented themselves inside the whitewash this season, they’ve been re-energised outside it too.
Last year Cody and his selectors looked stale and predictable and unimaginative. A tired management for a tired team.
Electrified
This year it’s as though they’ve been electrified. A new-look team, an entirely new tactical approach and infinitely more focused and proactive direction from the sideline.
Look at the manner in which James Barry was targeted. Having been brought out the field approaching half-time because the ball wasn’t coming in, on the restart Walter Walsh resumed on the edge of the square and within 30 seconds had rampaged through for the goal that tilted the dynamic of the afternoon.
Kilkenny continued to direct ball Walsh’s way, the wind carried it in a manner that hadn’t been happening in the first half and he added two points, the second of them the product of a clever crossfield switch pass by T.J. Reid.
Moments later Barry, who to be fair is a centre-back attempting to do a full-back’s job and has made a manful fist of it for the past couple of seasons, was called ashore.
Cody and his selectors were also decisive in-running, as it were.
It clearly wasn’t happening for the corner-forwards, so the two of them were gone by the 43rd minute.
Right move
Given that the hosts were shading the midfield battle Richie Leahy may have been slightly hard done by to be withdrawn four minutes later – granted, on occasion he was guilty of taking too much out of the sliotar – but getting a man of Conor Fogarty’s nous and experience on the field at that juncture was patently the right move.
Fogarty wasn’t introduced with a view to tearing through the Tipperary defence and scoring a goal, but he did it anyway and that was that.
Elsewhere Paddy Deegan was a spark plug in the left corner and Reid – is there anything left to be said about him? – hit 15 points from his first 15 shots, three of them from play in the opening half.
A finishing tally of 2-23 on an afternoon when three of the forwards managed a point between them was a notable return.
That, incidentally, has been one of the most encouraging features of Kilkenny’s springtime campaign: the regularity with which they’ve broken the 20-point barrier, and usually with something to spare.
We buried Ber Drennan on Friday amid the spring rain in Graine. In the community centre afterwards, amid the inevitable conversation about the match on Sunday, someone opined that Ber, being Ber, would surely find a way to fix a win for Kilkenny.
I’m not sure they needed him to in the end. But he did. Of course he did.
There’s a few Tipperary men in Heaven hearing all about it this week.